Happy to connect with Turnkey providers in the Dallas/Houston area that also provide Property Management Services. Thanks

@Omar Gonzalez what returns are you hoping to get? It would be my assumption that turnkey in that market would be tough to make money on. It just seems like a market that it's too late to get into, especially with a property that's been fully flipped. But, I'm sure there are fringe areas that you could get into early? Maybe higher risk.. but eventually you'll get some reward? Happy for anyone to chime in!

@Omar Gonzalez I agree with Kiera. Typically the midwest is considered to be great for cash-flow. I would definitely recommend checking those markets out. I'd be happy to answer any of your questions.

Thanks @Kiera Underwood and @Nicholas Parish  I may need to start looking for other markets outside Texas as I may agree that it may be a bit late for good areas. Probably I should look Oklahoma and Kansas. Thanks

Not sure about turn-key companies out here. We manage 1,0000 properties in Houston and DFW but not turnkey

We are however a full brokerage and help investors buy properties 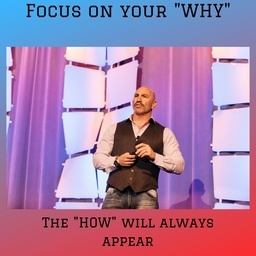 @Omar Gonzalez I think a lot of investors overlook Oklahoma. OK City is booming and Tulsa has great opportunities for any type of investor.  My brother just picked up a house in Sand Springs that was recently flooded by our record smashing rain fall this year (100 year flood plain got hit) he will have around 50k total in it and could make a 100k profit if he were to sell it.  My uncle is making a super nice profit on his airbnbs in Tulsa and has been flipping houses there for 15 years. Tons of multi family ready for the taking.  Venture a little further out to the surrounding metros and the sky's the limit. We make a trip every 6 months for my sons med appointments to OK city and it has been blowing up for the past 4 years. Every trip we spot houses and commercial buildings springing up like the weeds in my garden.

@Omar Gonzalez there are some great neighborhoods in Minnesota in the Twin Cities area that would be great for BRRR and flipping. I'm looking to work with a qualified investor. There are some up and coming neighborhoods and areas where it's all tear downs.

@Nathan Hughes - under no circumstances can we consider Oklahoma City 'overlooked', it seems there is an out-of-state investor (OOS) on every corner.  In June of 2018, Lending Tree did an interesting article on this and anecdotally - the presence of OOS investors have only increased since then. Note that non-owner occupied purchasers are paying substantially more than private home-owners.  That's significant because it suggests they don't understand the local market.

"The city with the highest percentage of vacation and investment homes is ...


Buyers in Oklahoma are embracing the state’s “Boomer Sooner” spirit by snapping up additional properties to be used as vacation, investment or second homes.

According to LendingTree’s latest real estate market analysis, Oklahoma City has the highest share of non-owner occupied mortgages (15.4 percent) out of the 50 largest cities in the United States. The average loan size for a non-owner occupied property in Oklahoma City is $193,000 — $11,000 more than the average loan size for an owner-occupied home ($182,000). 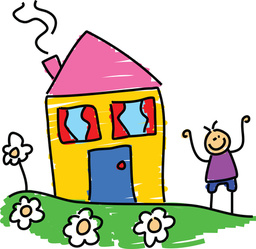 Yeah, same here- MemphisInvest is the only one I can think of that may still have stuff there. All the TK providers are kind of long-gone since the returns got so squished there. The boom is definitely long-past there.

What are your goals with a turnkey? Yes the midwest is available, but there's several TK market options depending on what you're looking for.

@Omar Gonzalez Its not to late to still find good deals here in the DFW area. I would disagree with other posts on that regard. I can recommend some strategies to help you obtain investment properties, as well as, property management companies here in the metroplex as well.

Thanks @Ali Boone  and @Alyssa Dyer for your reply. @Joe Funari Thanks and I would be interested in knowing more about the strategies you mentioned, so I will get in touch.