I have seen a lot of chatter on investing in Birmingham and after some research I do not understand the hype. From a macro purposes, the population is declining and job growth is minimal. What are the reasons that are enticing folks to invest there? Much appreciated!

Hey Mike, I don’t have much technical info for you because I’m pretty new to real estate still, but I do live in Birmingham. Birmingham stats aren’t super impressive, but it can be hard to see the context in those numbers, because Birmingham is a weird shape and much of what is considered Birmingham is not actually Birmingham. Birmingham used to be really nice, but declined for a really long time, and it’s really had a lot of work going into revitalizing it. More businesses are moving in, the city is establishing new entertainment districts etc., and so a lot of people are revitalizing these old iconic neighborhoods of Birmingham.

the population is declining and job growth is minimal.  MIKE- you are wrong. Just issued publication states Alabama is one of Top 10 MOVING INTO states in America at 15,000+ per year and is #10 highest. Birmingham is getting its piece. Yes due to political leadership, theft, and overall abuse has caused crime and weaker law enforcement that has adversely affected Birmingham city growth but recently showing more positive signs. But those moves just went to suburbs growing them. Hoover as example is like 4th or 5th largest city in the state now and moving higher.

CASH FLOW REI is still Super spot- with low taxes, fantastic job offerings- all work that wants to work. In fact just north of Bham I was told by two HR experts there just is not enough Males to put in the JOBS and they are having to put Females into non-normal jobs- Welding cited for $19 hourly starting out. And there is not enough of them that People will have to be brought into the state to keep up.
Highly favorable Business market from the Governor to mayors. Birmingham and Indy are top two reads I have seen for CASH FLOW rentals- PRICES are still Low, as good rentals in the 40's and 50k levels.

Are you talking the city limits of Birmingham or the entire MSA? if you search the surrounding areas i think you will see differently.

@Mike Ball It's a cash flow play. Although the macro level metrics might not be as strong as other markets, Birmingham is a good cash flow market due to affordable prices, decent rent and they are among the lowest property taxes in the nation. You can say the same think about Memphis. Their population and jobs are fairly stagnant but it's still a popular cash flow market. If someone is looking for a combination of good economic/demographic trends and good cash flow, Indianapolis and Kansas City are good choices. 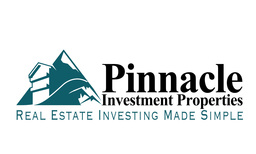 I think what gets lost many times are statistic distortions. Birmingham is a tertiary city not a major metropolitan city that it is being compared to such as New York, LA, etc. The stats get distorted because one stat comparing a population of 200,000 versus 2 million has a massive impact on the smaller population statistics. It's why you never see Chicago on the FBI's top 20 crime cities. We all know what happens there but one murder doesn't affect it's statistics like it does a city like Birmingham.

Birmingham is a steady city. It's not out there to win awards. It's goal is to be stable. For example, the foreclosure crisis of 2008-2009 saw a median home price for the state actually increase. It went from $145,000 in 2008 to $165,000 in 2010. It does this because it doesn't grow too fast. It's easy to look at growth in Major MSA's and think Birmingham doesn't stack up. What is lost is what happens to those populations in downturns. They move to cities like Birmingham because we still have jobs and affordable housing, along with a lower cost of living.

One of the main reasons why cities like Birmingham remain stable are the driving economic factors/industries that are present. In Birmingham, the medical field accounts for 17.7% of the jobs. Almost one in 5 jobs is stable forever. It will never leave since people will always get sick and need healthcare.

Also, a little known fact about Birmingham is that Sports Medicine originated here. The professional athletes still come here for surgery, consultation, and treatment. Birmingham literally wrote the book on rehabilitation. Dr. Andrews is the reason for pitch counts in little league up to MLB & is the team doctor for countless professional and college teams.

Before you make up your mind about Birmingham take a look at the ingredients that make up the city. I recommend starting with UAB. They are one of many world class medical facilities located here, as well as, being a top 20 university that brings in thousands of exchange students each year for medical, engineering, and computer science schools. UAB alone had a $7 Billion economic impact for the state last year.

It's not going to win the race but if you want to build wealth it's a great place to be. We're marathon runners not sprinters.

I have seen a lot of chatter on investing in Birmingham and after some research I do not understand the hype. From a macro purposes, the population is declining and job growth is minimal. What are the reasons that are enticing folks to invest there? Much appreciated!

Insanely low property taxes is one huge benefit to that market. That alone doesn't make it good or bad though. I don't play the should you invest in this market or that market game. In my opinion what you buy in a particular market and where you buy in a particular market is much more important to your business than the market itself. People make and loose money in any market and many of them are very similar. So with all of that said for anyone interested in investing in the Birmingham, Alabama metro market take a look at The Ultimate Guide to Grading Birmingham, Alabama Neighborhoods. In it I worked with one of the largest property manager's in Birmingham to grade all of the neighborhoods in the metro area on an A-F scale so investors can assess the level of risk with a particular property.

Hi! I agree to what Jason Cory and Jack are saying. I have been both buying here for myself and my own porfolio and helping investors buy here for years. There is rental demand and jobs! Just broke ground on the new Amazon distribution center, new growth for Mercedes, Toyota and Mazda. These are all BLUE collar jobs and my renter.  Birm has very diverse jobs- agriculture, Hospitals, government, Military, Auto, colleges, etc. I like the diversity in the jobs. 56% of the population are renters and going up. The low property taxes are great and ranked top 3 for most landlord friendly. If the properties are priced correctly to rent- they rent. There is demand. This is a CASHFLOW market, not a growth one. If you have your expectations in check you can get a lot of bang for your buck. Where else can you buy a property for $100k in a B class area that gives you 17% cash on cash returns? Not a lot that is for sure. I just bought this property..... and PM found a tenant at $1000/mo within 2 weeks and the tenant just asked if it was ok to plant a flower bed. (um yes please). The other thing is that this market isn't easy to grade by zip code. If you do that- you are missing out on opportunities- because it is really neighborhood by neighborhood and street by street. Generally, you can look at income and prices by zip code. But you really need someone who knows the areas and can find you deals. Not sure if you are looking to flip, Brrr, hold, etc. If you are in it for cashflow- Alabama is winning.