Hi, everyone. I wish everyone knew how great this strategy is, so I'm trying to spread the word. I'm not selling anything, just trying to let people know how it works.

When you're paying your mortgage month in and month out, you are paying MOSTLY interest for many years. That's because you are paying interest on the whole loan - $200K @ 4%, let's say. In the first year you'll only bring the balance down about $4K, but you'll pay about $8.5K in interest - twice as much, obviously. To pay the balance down $10K it will take you 2.5 years and over $20K in interest. To me, that's a sickening waste. Check out from Sept to Sept on this pic. Only $4K in principal yet $8.5K in interest. Work it out on bankrate yourself (link at bottom) and you can see how long and how much interest is wasted to pay off $10K from your mortgage. And this should go without saying, but if you're further along in your mortgage then your savings will be less, because you are paying less in interest at that point. This strategy is more suited to someone who is in their first decade of a mortgage. 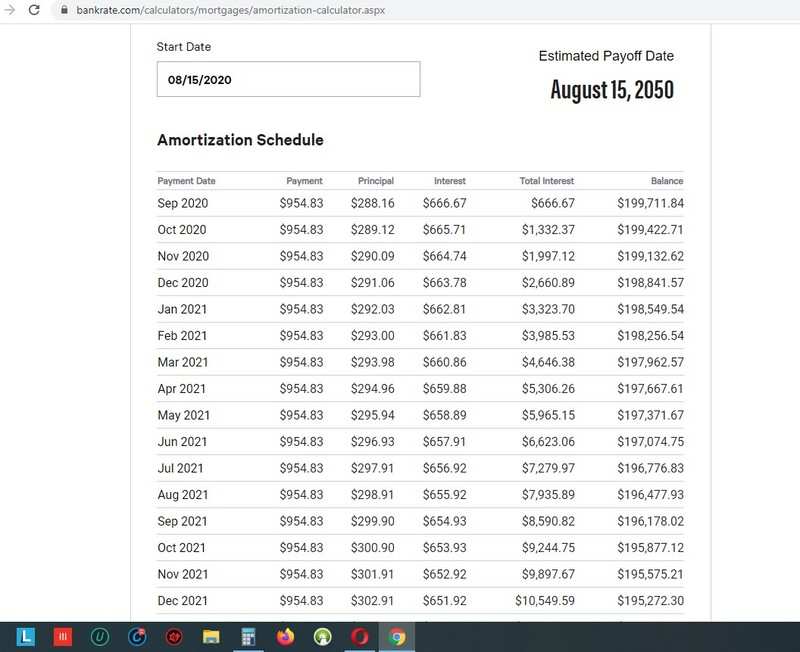 Now, follow me here. You can take all of your extra money and put it toward your mortgage which will shorten your mortgage and save you on interest. Most people know this. But most people also realize that money is usually tight and many people don't have $400 for an emergency let alone a bunch of extra money to put against their mortgage. Anyway, do that if you want, but there's also another better way to accomplish the same thing.

Here's how it works. You get a HELOC or a PLOC with a reasonable rate. It doesn't have to be 4%, but it also shouldn't be 18% like a credit card. You take a portion of your mortgage ($5-10K, for example) and put it on the HELOC. Then you put all of your income toward the HELOC and try to depress the balance as much as possible all month. When bills come you use HELOC funds to pay them, because you're not putting your income into a checking account anymore. You continue like this, putting all bills and income toward the HELOC balance. Since you make more than you spend, the balance will gradually come down. Then you put another portion of your mortgage on the HELOC and repeat the process.

Here's how and why it works (and works better than just paying extra principal when you have the money):

1. You are putting all of your available "checking" funds toward your mortgage at all times, yet you still have money to pay bills due to the revolving credit line.

2. Money that you DON'T end up using toward bills stays on the mortgage balance permanently, limiting the amount of interest you will pay.

3. Money that you DO end up using toward bills temporarily "leans" on the mortgage balance keeping it down and limiting the amount of interest you will pay.

4. Here's the silver bullet, though, that most people can't fully grasp. On the above mentioned $200K / 4% loan you will pay $144K in interest over 30 years paying by the amortization schedule. For that amount, you might as well have purchased an extra smaller house. But here's the thing - the interest is SCHEDULED, but hasn't been CHARGED TO YOU YET. If you struggle with this idea, imagine that you won the lottery tomorrow and wanted to pay the house off. You'd pay off the balance of your mortgage, but not the balance and all the scheduled interest charges. In other words, the interest can be AVOIDED COMPLETELY by paying the principal back early, but time is of the essence. The more you pay and the faster you do it the better. So, remember above when I explained that it takes a person about $20K in interest to pay down $10K in principal? Well, when you put that $10K on the HELOC, you COMPLETELY AVOID the $20K in corresponding interest payments on the mortgage (like the lottery example, just a smaller amount) and it will cost you about $1000 in interest to pay off on the HELOC. This allows you to save TENS OR HUNDREDS OF THOUSANDS OF DOLLARS simply by adjusting the way you pay it. It's not a scam or a method of gaming the interest rates or anything like that, it's simply a way of paying more efficiently without having thousands of dollars lying around to throw at your mortgage.

5. When you pay these large chunks, your subsequent REGULAR PAYMENTS are also more effective, because your principal / interest ratio is improved by quite a lot. Normally, every month you will pay $1-$2 less toward interest than the previous month, but the month after you take $10K off of the mortgage your regular payment will charge about $30 less toward interest than the previous month - and every month thereafter. So, you are saving all the interest from #4 as explained, but every month you're also paying significantly less toward interest (and more toward principal) than you were before. Each time you take another "chunk" off of the mortgage your regular payments also become that much more efficient.

Hopefully, that covers the explanation, but I told you there was proof, so here you go. Here's my closing package where it says that this month I should be at a balance of about $290K. 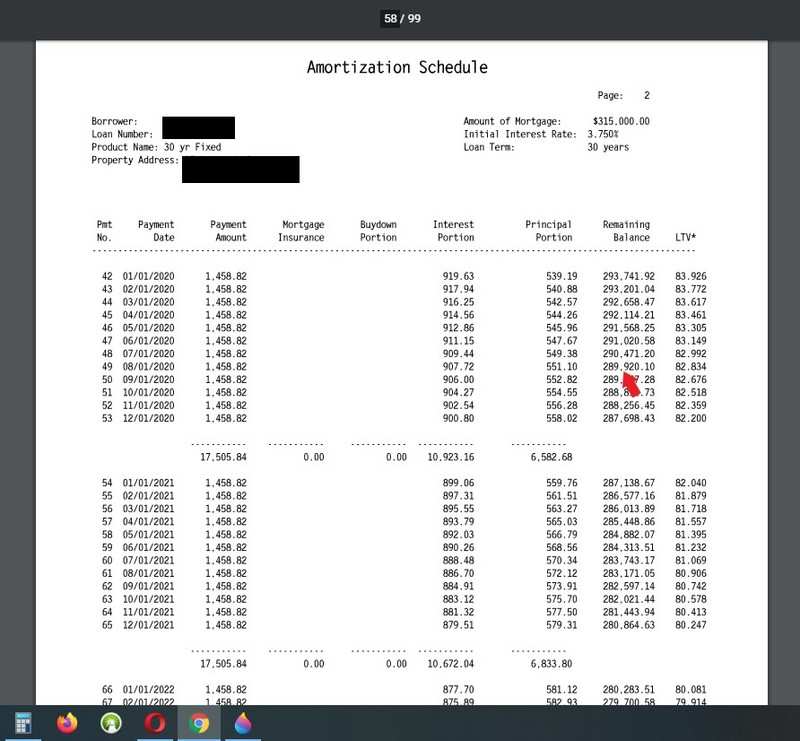 And here's my actual loan balance of $236.5K. So, as you can see I've been able to put $53.5K extra toward my mortgage over the last two years (started the strategy May 2018) and I haven't been skipping lattes or doing any other financial voodoo. All I have done is started using the HELOC to pay off chunks of the mortgage like I explained and because of all the various mechanisms I described I've been able to put a ton of extra money toward the mortgage. When I look at the balances of $290K and $236K on my closing doc, I find that it is about 85 regular payments (7 years) shaved off the mortgage at an average of $825 interest per month (first payment in range $907 / last payment in range $743). 85 payments at an average of $825/month is $70K worth of interest savings in only two years. Obviously, I have a higher dollar mortgage, so your results may vary, but this isn't milk money, it's life changing money simply from rearranging the way you pay your number one expense. Let me know if you have any thoughts or questions. Thanks! 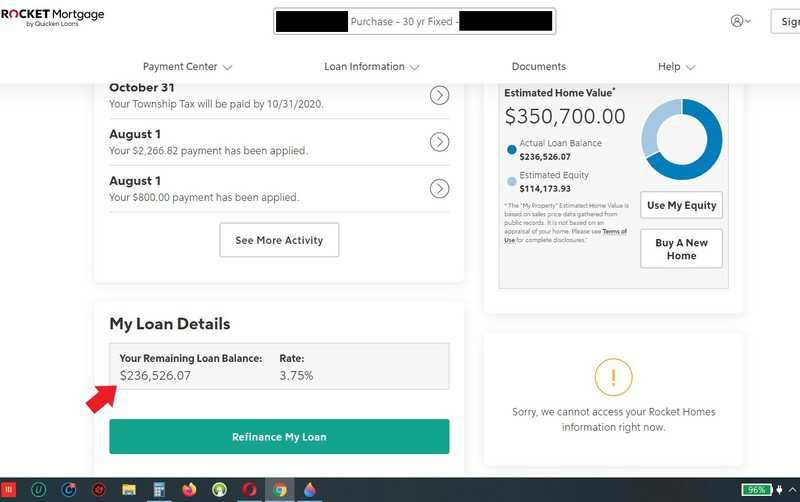