Based on the the advice of the BP podcast and blogs, I have decided not to use bandit signs to find my own deals, but I go back and forth on if I should call the We/I Buy Houses signs in the area to link up with wholesalers.

What would @Joshua Dorkin do? #askBP

Why would you not use them? If its a deal then who cares where it comes from.  I get most of our homes from wholesalers using bandit signs. 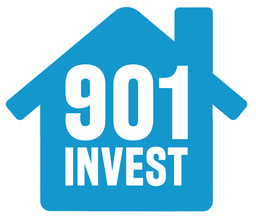 What would be wrong with it?  He found a deal through a piece of advertisement.  Any ethical and legal means that bring deals is fine by me.

I think the OP is suggesting that the deal was found through the illegal use of these signs, which is the case in the vast amount of occasions when they are used.

Personally, I have a problem with it as most know.  Where legal, and when used in accordance to local statutes, I'm fine with it, but littering neighborhoods with signs in violation of local code is a bath I firmly disagree with. There are too many other legal and ethical ways to market.

As for "Who Cares" -- well, the people who have to live in the neighborhoods that these wholesalers and others are littering up care. We see them around town here from time to time and the community at large pulls them down because they have no interest in the illegal and unsightly signs.

"I" put out about 400 bandit signs a week. They really get the phones ringing. Whatever it takes is the mantra I live by. I am trying to move towards a direct mail campaign based marketing, but COME ON. Bandit signs really do the trick.

I firmly believe you should operate within the confines of the law. Plus, there is that age old golden rule, "Treat others how you want to be treated." So if bandit signs violate laws where you place them, and/or litter a neighborhood, would you want that in your back yard?

That said I'm not opposed to bandit signs at all as long as it is done properly and tastefully!

Yes, Josh is correct. I am referring to the illegal use of bandit signs.

But mine are so pretty :> Red White and Blue signs

I would like to say I would take the moral high road and not buy from people who illegally use bandit signs but if I had a great deal in front of me I'm not sure I wouldn't look the other way. I certainly wouldn't blame someone for being tempted and it is hard for me to imagine that buying from someone who uses bandit signs would significantly tarnish your reputation if that is what you are worried about. At the end of the day everyone has to live with their own decisions.

Bandit signs definitely get the phones ringing. What's strange to me is that I see fitness training, hair distributors, all kinds of repairs, and even local sports recruiters, that utilize bandit signs but these signs are NEVER removed. Only the I Buy/We Buy signs.....


"I" put out about 400 bandit signs a week. They really get the phones ringing. Whatever it takes is the mantra I live by. I am trying to move towards a direct mail campaign based marketing, but COME ON. Bandit signs really do the trick.

Whatever it takes???  The ends justifies the means???

So you'll lie, cheat and steal too?

If you'll break the law on this, this tells me that you'll break it anywhere.  You won't disclose known property defects.  Maybe you'll try to hide meth contamination?  A bedbug infestation?  You'll screw me over in pretty much any way you can, because you'll do WHATEVER IT TAKES. 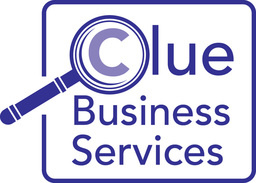 WoW, someone's double cafe coco latte wasn't warm enough this morning. How about telling me how you really feel :> . No thank you, I'll pass on the lie, cheat and steal category.

Have you ever changed lanes without signaling?? If you'll break that law then do you MURDER AND ASSUALT??? lol get off your high horse. Those who are the best at what they do, always do whatever it takes. Don't take that to mean I will do anything illegal to close a deal. That just means I take calls all day, all night. I will stay up to answer all e-mails, drive across town all day to see house...WHATEVER IT TAKES

Would you buy a house from a wholesaler who got a speeding ticket driving to the appointment that got the deal under contract?  Maybe he double parked when he got there or forgot to wear his seat belt.  Oh, the horror...  Granted, I am opposed to bandit signs and do not use them but we're talking about breaking a municipal ordnance here, not blowing up a competitor's car so he won't get your deal.  Perhaps a little common sense is in order or should we advocate for the death penalty for parking violations?

Speeding is usually caused by failing to pay attention to something - either the signs or your spedometer, although there are those that do it deliberately because they are late or whatever.  I'm not one of them.

And yeah, I always signal a lane change because I'm a motorcycle rider.  I also do a double check of mirrors and over the shoulder too because I know how hard motorcycles are to see and I'd really rather not kill somebody.

I also don't follow too close behind semis (or anybody, really), pick up my trash, mow my yard and a host of other stuff that you might think are silly municipal laws.

Putting out a bandit sign that you know is illegal is a deliberate breaking of the law.  It's not a mistake or something that happened because you weren't paying attention.  While that may not be a slippery slope to murder, I think it's absolutely true that it could be a slippery slope to other business irregularities, whether it's cheating on your taxes or neglecting to disclose a property problem.

I totally admire a "Whatever it takes" attitude as far as answering phone calls at all hours of the day and night, driving an hour to show a property in rush hour, or anything else that makes you available to tenants, investors, homeowners or whomever.

But a "whatever it takes" attitude that indicates you'll break laws in order to get a step ahead of a competitor - not admirable in the slightest and not somebody I would ever choose to do business with.

When I speed, I do it INTENTIONALLY.  If you want to take responsibility, then take it.  Breaking ANY law is not an "accident".  It's what we do when we don't feel like following the rules.  And there are so many freaking laws now, pretty much all of us are, in fact, law breakers are some point.  I see no moral high ground on that.

This is "one of those issues" that rarely is resolved here.  I have seen some (who shall remain nameless) compare bandit signs to selling meth or some other obviously far worse offense.  I understand the underlying sentiment, but such a comparison is foolish and just offered here for shock value.

Personally, I don't use them and they are not allowed in my city.  But given that there are people who've made tons of money using them, you are always going to get passionate defenders of them.

I'm having a really hard time being anti-bandit sign when in my area I've seen them for major corporations like Kohl's and Dairy Queen. A hail storm came through and now every freaking yard has a roofing company's sign in it. Yeah, that's probably allowed by the city regulations, but I think it's uglier than a sign or two at a busy street corner.

Just want to jump in here and ask a follow-up question.

For those of you who use bandit signs, do you have any numbers you can provide to back up the value of using them? I'm not disputing the fact that they're valuable, just interested in (a) response rate and (b) close rate.

I wouldn't praise getting 100 calls a week if all of them had no equity or no motivation.

In a typical market - with Direct Mail - our cost per call might be $150 to $200 (advertising cost divided by # calls).  Those are good leads because we only sent them to/re: houses we want from sellers with equity.

Via Google AdWords, a web lead might cost from $75 to $125, but you get leads from anyone, and even get out-of-area leads from Google.  Cheaper the direct mail, but not targeted.  Still, web leads are often very good re: motivation because the seller is actively seeking a solution.

With Bandit Signs, I've seen guys spend $400 and get 20 calls over a weekend - a $20 cost per call.  Sure, they may not be qualified - but they are similar to those expensive web leads in that the motivation (of someone calling via a bandit sign) can be very high.  These people are interested in selling and seeking an alternative to listing with an agent.

So, on a cost per call basis, NOTHING beats bandit signs because they are so freaking CHEAP to deploy and people call from them!  And the lead quality can be similar to the more expensive leads you get from Google AdWords.

Hope my illustration helps to put it into some perspective!

Speaking of Bandit signs we are going to begin selling them for 1.25 for 18x24


But mine are so pretty :> Red White and Blue signs

Those burn the best.

Most of the others, I just toss in my dumpster after I pull them up.


But mine are so pretty :> Red White and Blue signs

Do you put those up yourself

lots of learning and lots of ways to market to motivated sellers.whats a newbie to do?

Related Resources Investor Psychology
Why Some People Will Never Succeed (& Others Always Will)
Analysis Paralysis Is Costing You More Than You Think
The No. 1 Thing You Can Do To Improve Everything in Your Life (Bonus: It’s Ridiculously Easy!)
12 Gifts for Real Estate Investors (That Don’t Suck)
Change Your Thinking—& It Will Change Your Life
Resources Read, see, and learn more!
Real Estate Investment Calculators
BiggerPockets Blog
Path to Purchase
Mortgage Loans
Find a Contractor
Real Estate Agents
Hard Money Lenders
Real Estate Listings