For a long time we have done our book keeping in excel. Over the last few months we have transitioned our rental company onto Buildium using their accounting software. We liked it so much that we have decided to transition our fix and flip company into quick books. Record keeping and accounting in general is not an issue at all. What I am hoping to get from this forum is some recommendations on books,videos,classes, Anything that helped others in the setting up of quick books specifically for your fix and flip business.

If there is anyone in the Cincinnati area who is currently using quick books for their fix and flips business and would be so kind to take an hour to sit down for lunch and explain their set up,reporting,chart of accounts it would be much appreciated!

I would talk to whomever prepares your taxes.  There are lots of right ways to do things,  but s/he probable had a preference...

Thanks @J Scott I Have meeting set up with my CPA, myself, and my book keeper this week to discuss just that. I was hoping to also add some outside perspective from those who have actually implemented this into their business in addition to the tax prepare's view point. That way when I went to him I could say "what do you think of this way, or this".

Also @J Scott unrelated to this forum but I am headed to the north west suburbs of ATL in about 11 months to be closer to family. I am still trying to sort out exactly where I will be focused. Over the next year I will be looking for good RE professionals in that market. After I read your book I saw you were originally investing right in that area. Im sure as you experienced moving to Maryland Its not easy transitioning into a new unfamiliar market. I would love to talk more about your experiences in the Georgia market. I will shoot you a colleague request, and hopefully we can talk more.  Thanks!

@Jered Sturm I was a user for the contractor veraion of qb, didn't like the heavy weight of the program, so I switch to a simplier qb, all i needed was the "class" feature of it, i use this to separate income on my jobs. This might not be your best option if you want partners access.

One hour is not going to cut it out, even if they know QuickBooks for flips. The goal is for them to understand you business - how it is run, your operations etc. so they can enter the details. AND review the reports. Make a list of reports you need before you get someone to enter all the details.

Accountants who are not experts in the industry will only give you details that they need to file the tax returns.

QuickBooks online will work but will be a challenge on reporting. 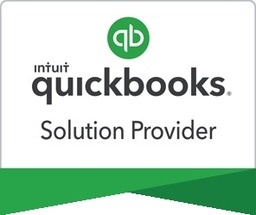 
I would talk to whomever prepares your taxes.  There are lots of right ways to do things,  but s/he probable had a preference...

Like J said...there are several RIGHT ways to setup and run quickbooks, but going with whatever YOUR CPA likes is best.  Also it's easier to ask how to do/classify something up front if your unsure than have to go back at the end of the year on several hundred entries changing something!!

Printing reports to a dropbox file works pretty well for communicating with investors, that way if you work with multiple investors, Investor A doesn't have access to stuff Investor B is invested in ect.