This flip ended up being WAY more than expected but it turned out awesome. The quick flips are nice but I really did enjoy the process of practically building a new house.  I learned SO much from everything about this project.  A few details: 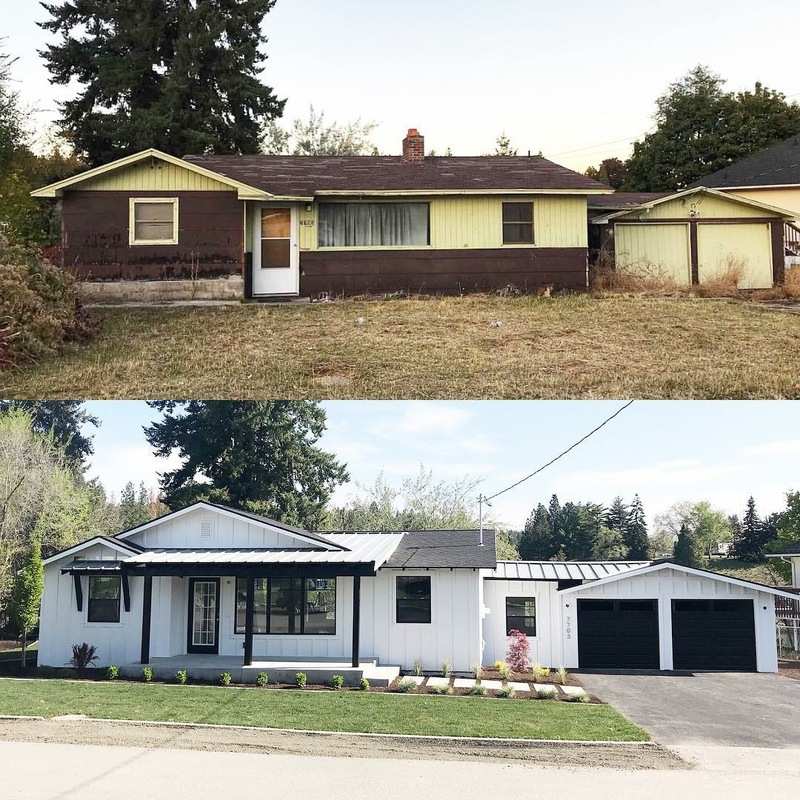 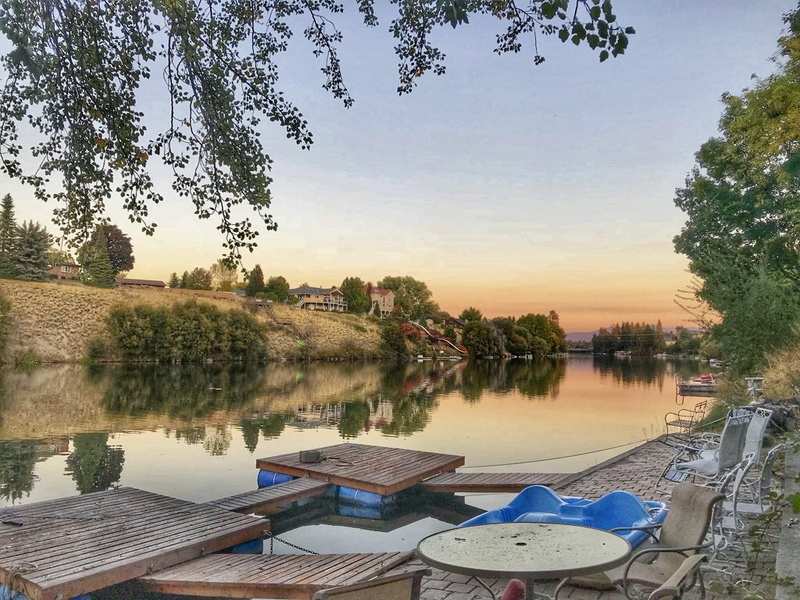 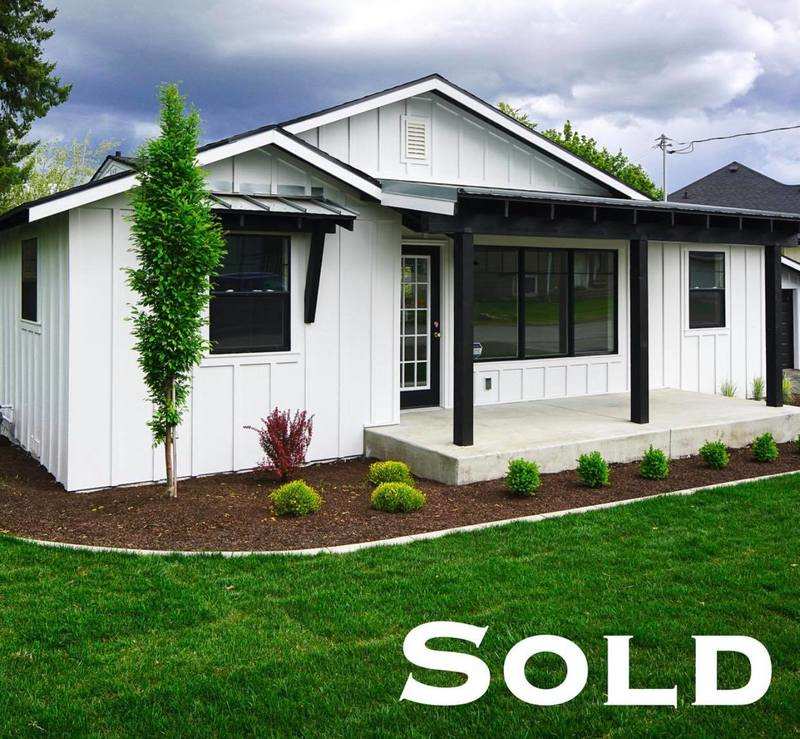 Good job!  Looks awesome.  We have good friends in Spokane and we are interested in that market.  Please share more!

Daaaang @Aaron Farr , steppin' it up!  That looks amazing!!  Great location too.  Do you have a link to more pics?  Interested to see what you did with the interior.

I totally want to see those interior pics as well. Looks like a beautiful location. Congrats!

What was your timeline for this project? Nice job.

Thanks for all the kind words everyone! I’ll upload some interior photos later today. Busy working on another flip 😉

@Nik Moushon we purchased the house in the Fall so we ran into Winter weather which slowed us down. It ended up taking 6 months but think we could have done it in 4-5 months in the Summer.


Nik Moushon we purchased the house in the Fall so we ran into Winter weather which slowed us down. It ended up taking 6 months but think we could have done it in 4-5 months in the Summer.

Great work! Glad to see you finish it Aaron! 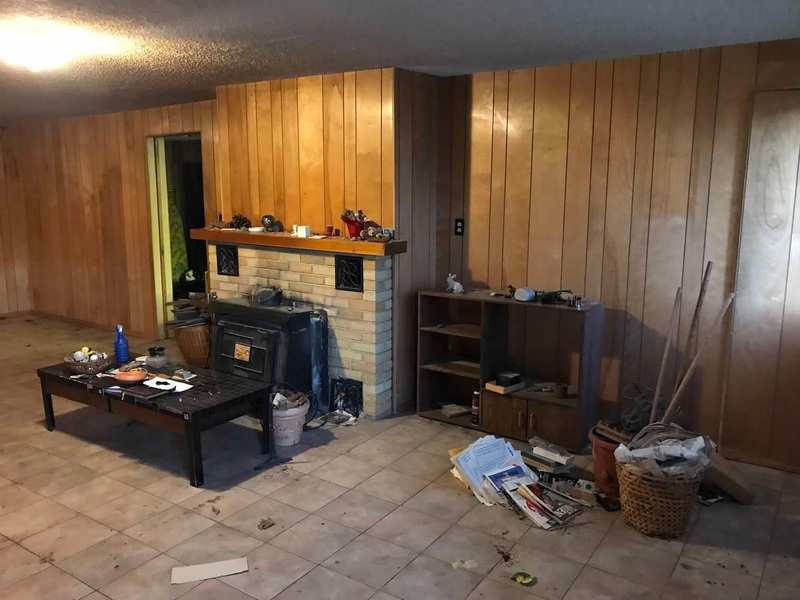 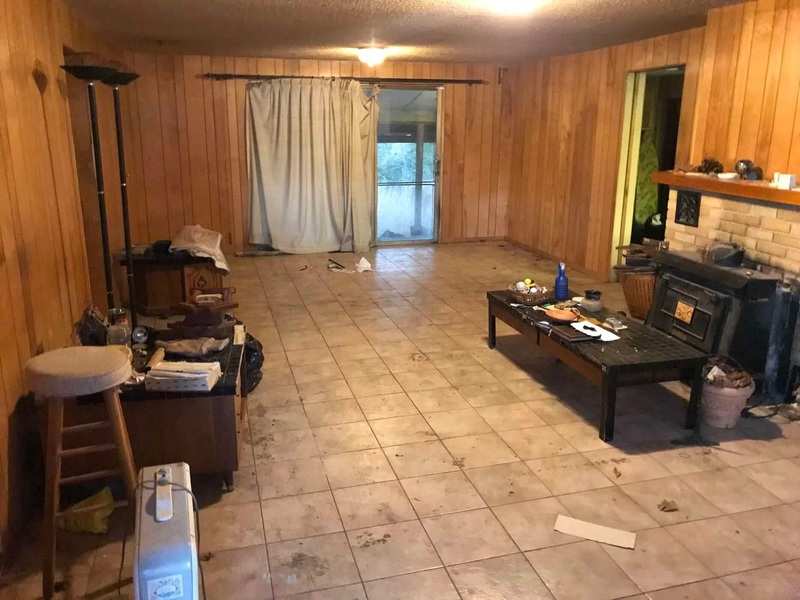 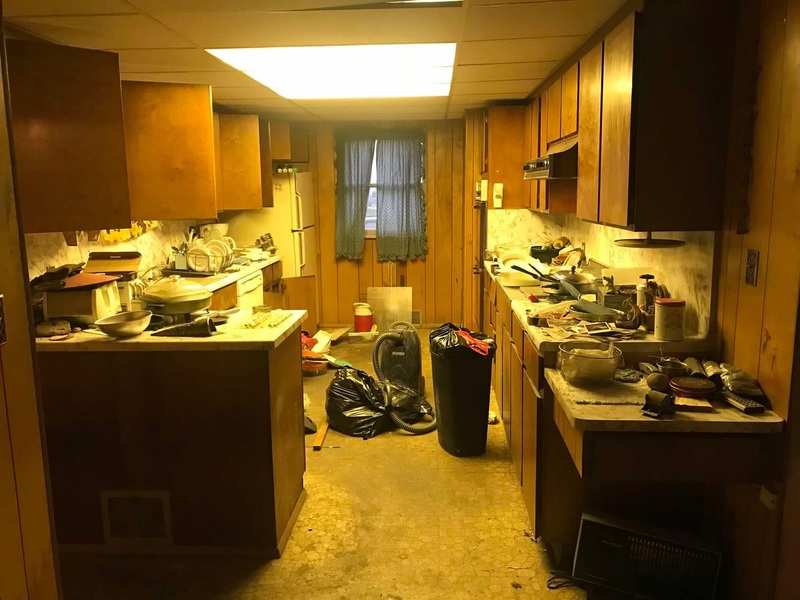 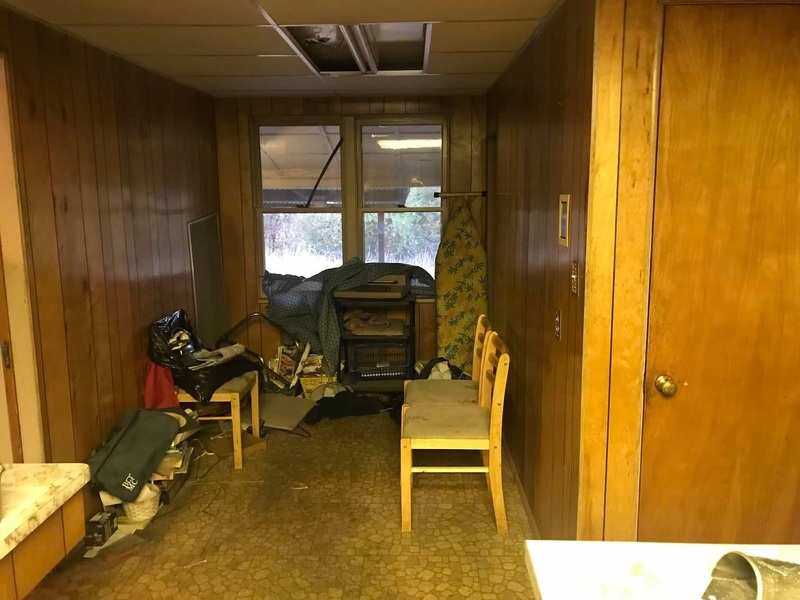 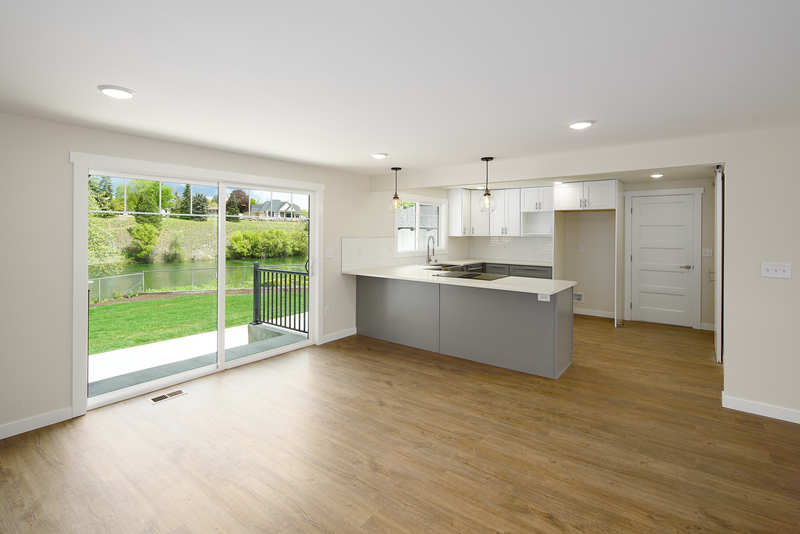 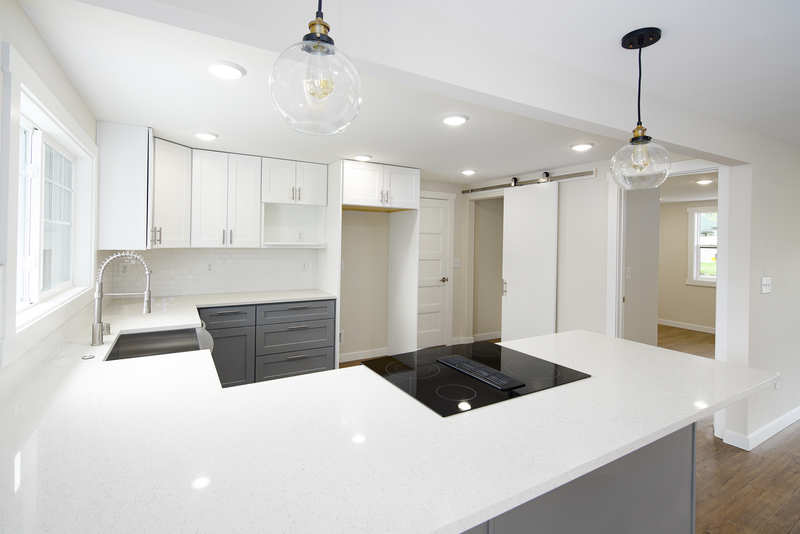 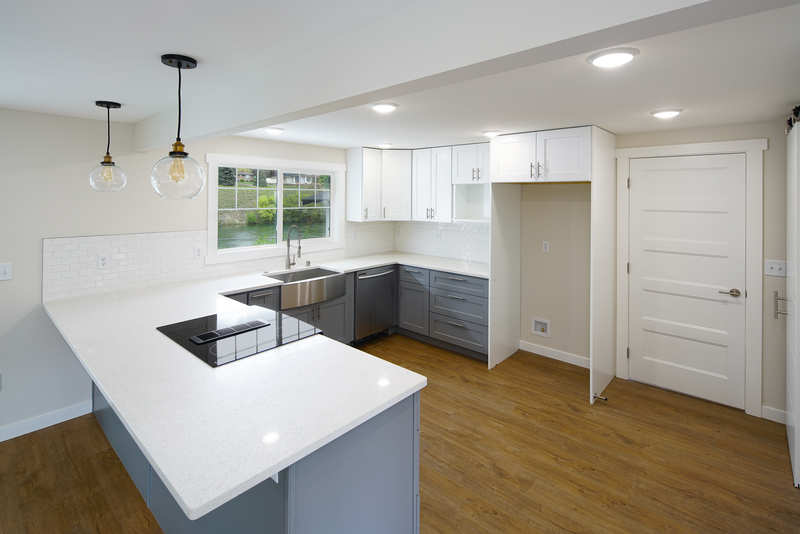 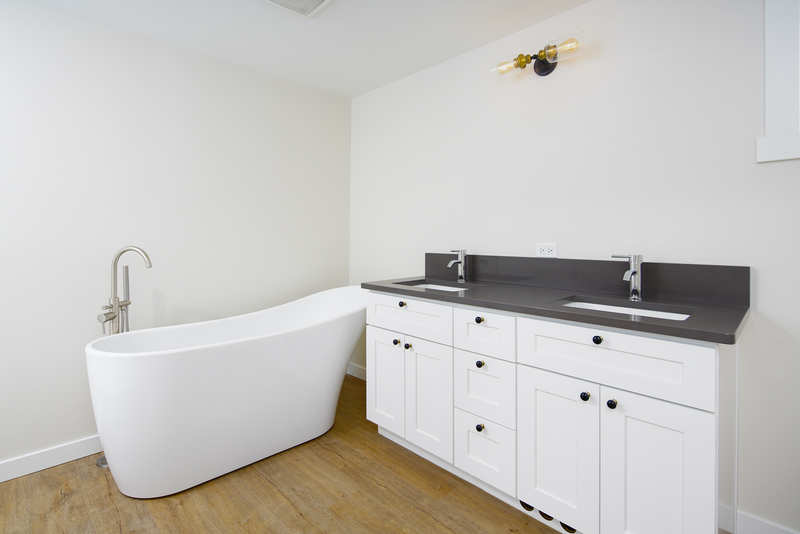 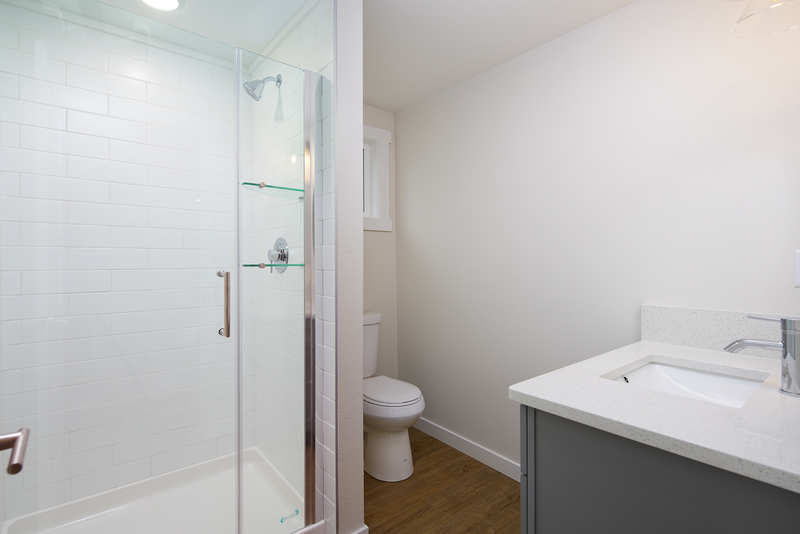 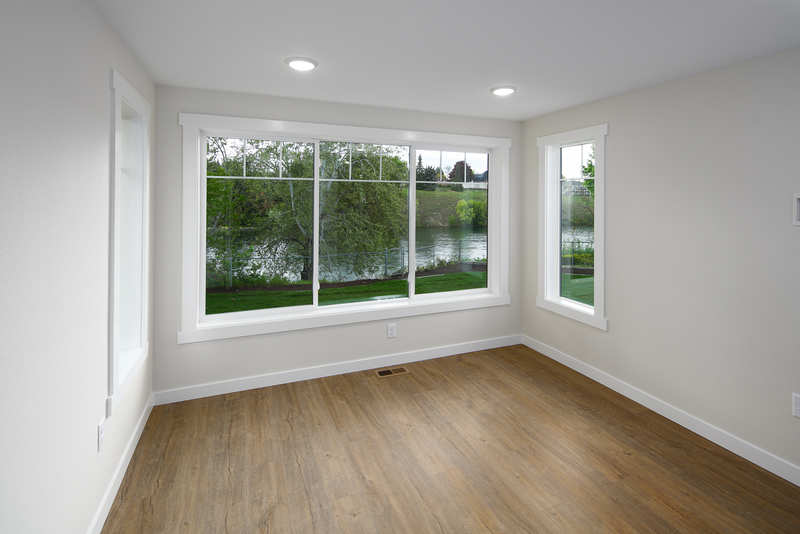 Posted some interior photos for you to check out!

Love it, nice work!!  Did you use a local designer?  @Aaron Farr

Yes, we did @Kristin Whitaker .  Her name is Cody Borgman.

Cool, thank you!  I will give her a call.

@Aaron Farr Now for the rest of the story...I am the partner working on this project with Aaron. Specifically I provided the funding and Aaron managed the project and was responsible for selling the property. The $515k sale price included a house just down the road on the river that was valued at $300k. The other $215k was cash. The second phase of the project was recently wrapped up with me selling the newly rehabbed house for $550k cash to my private lender. I wanted to post the rest of the story since there are a bunch of lessons learned and I find that many investors only want to highlight their "wins" and paint an overly rosy picture of the end results. On the first sale that Aaron described above, there was an offer from the private lender to pay cash for the house I received in trade for the $300k value. Basically just a straight across deal that would have allowed me to exit this high risk market segment (high end waterfront properties) with a nice profit for me and my business partner. Of course I got greedy and listened to what turned out to not be great advice and pushed for a wholesale fee from the private money lender. He balked and walked away explaining that $300k was basically full retail value for the property. Turns out he was right. So we pushed forward with a massive rehab costing $250k. We turned a 900 square foot house into a 2,200 square foot brand new hpuse. It turned out amazing. Now comes the second big mistake...the valuation of the property. We thought that because we sold a 1,400 square foot house for $515k that a 2,200 square foot house would sell for over $700k. Wrong again! The house was listed for over 6 weeks and not a single serious offer or any real sign of interest. I got calls from my private lender who owns high end water front properties in the area and he said we were crazy and were not even at a price where a serious negotiation could be started. I called a few other realtors who had sold this type of property in the past 3 years and all were in agreement that the house was priced at least $100k to high. It made me really question the advice I had been getting all along and led me to a tough decision. I also realized that my interests and my partners interest had become very out of balance. I was on the hook financially and with holding costs approaching $5k per month, the need for me to offload the property even at a loss was more important than chasing some unrealistic sale price. My partner was betting on a high priced sale for their profit and I think was blinded to market realities by that. I did have some flexibility in terms of taxes. I had a big tax bill coming due in 2019 on capital gains from 2 other properties I sold earlier in the year so I knew I could take a sizeable loss on this second river house and be ok (capital loss offsetting capital gains) . So the offer on the table from the private lender was $550k cash and close within 1 week. The other option was to hold on to the property that was ridiculously overpriced and pay $5k per month in holding costs plus buyers realtor fees and closing costs. The way my CPA calculated it was that I would need to sell the house within 3 months for $650k to be equivalent to selling within the week for $550k cash. I made the tough decision and took the cash sale. We signed last Friday. So on paper, the second river house was over a $50k loss. After taxes it is essentially a wash. My partner put in a ton of work and was counting on a split of profit for compensation. Since I sold at a loss, I offered him $10k and he accepted (not that he had much choice). He was cashed out on his percentage of the first deal as well so all in all I think he did just fine and cleared around $30k. So in the end, I spent over a year building 2 houses on the spokane river with countless hours driving back and forth checking on things and working on the property and did not make one cent. I live over 2 hours away in the Tri-Cities. I did gain some good contacts and learned so many lessons about real estate, business and people. In the end this is an epic story of how to turn a good deal into a bad deal just to try and squeeze a little more money out. It is a story of conflicting interests. It is the true story of a real estate investor...not some stripped down version that paints an overly optimistic picture of the process and outcome. Sometimes I see what people put out on social media and in these forums and it can be very misleading. I have no regrets and will remain in real estate. Overall I have done very well in this game but I felt it necessary to share the whole story so hopefully others can learn from both my good and bad decisions.
Log in or sign up to reply
Related Resources Rehabbing and House Flipping
Flippers and Airbnb Investors: Here’s How an S Corp Election Can Help You
6 Handyman Skills Every Flipper Should Master
3 Reasons to Always Buy Distressed Property (& How to Find One)
How to Avoid Over-Improving Properties (& Make Bigger Profits!)
5 Bathroom Remodeling Tips Every House Flipper Should Know
Resources Read, see, and learn more!
Real Estate Investment Calculators
BiggerPockets Blog
Path to Purchase
Mortgage Loans
Find a Contractor
Real Estate Agents
Hard Money Lenders
Real Estate Listings