Has anyone ever worked a deal out with a seller in which you'd renovate their house first, list it fully rehabbed--and then pay them their asking price out of the ARV?

The strategy was mentioned in the book I'm currently reading, "The Book On Negotiating Real Estate" by J. Scott, Mark Ferguson & Carol Scott. It sounds like a great addition to one's creative strategies arsenal--but there are a couple of things I'm still trying to figure out. For example, I'm assuming that one would take out a loan for the rehab (probably via a private lender, since a HML will want 1st lien?)--let's say the repairs cost $50k. The seller wants $100k, and the ARV is $200k. This would mean that after paying back the $50k rehab loan + $100k to the seller, that'll leave me w/ a $50k profit, yes?

For anyone who's ever done this, what deal/contract did you negotiate w/ the seller?  Did you give them a deposit to seal the deal?  How to ensure that the seller won't reneg on the deal after the renovations are done?  And what's to be done in the event the house doesn't sell?

Like I said, it sounds like a great strategy for the right situation--I just want to make sure I understand it fully.  Thanks! ;-)

I’d want title in my name prior to renovating...maybe a down payment and 6 month seller financing.

@Vonetta Booker I have done this by taking title to the property subject too the existing mortgage. I then renovated the house and payed the seller when the house closed. I used my own cash to pay for the renovations.

You can also do this with owner financing if they do not have a mortgage.

Agree with the previous responses. Too much risk improving a property that you don’t own. Best to close on the property, and have an agreement for deferred payment to seller. Improve the property and then sell and everyone gets paid. Other option would be to bring in a private investor for the whole deal and share the profit.

Best of luck in all your endeavors. 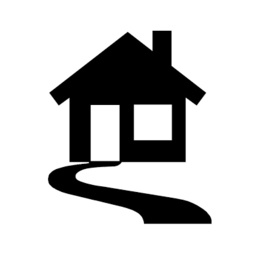 The seller is going to want at least some money to get moved. I always give several thousand dollars to the seller at the first closing.

With your scenario, you can have a lender come up with the 100k for purchase and they will have the 1st lien. If your seller is ok with getting 50k now and 50k when you sell, then if the seller is willing, put them at 2nd position. You will get 50k at closing for the repairs. Of course there will be closing costs so amounts will vary. Things are so much easier with friends or family. A bank will probably NOT do this deal, but all of my friends will and do.

Thanks for everyone's great input!  Yes, taking title to the property--that was the missing piece, very essential & makes total sense.  @Rick Pozos, I also like your suggestion re. giving the seller 2nd lien as an added protection for them.

Your atty. (in conjunction w/ the seller's) would be the one(s) to handle the title change, correct?

NO. Usually the seller is not going to have an attorney. I try to use attorneys as little as possible. I type up the deed myself and I record it at the county clerk's office. It is now my house, I just happen to have a mortgage that I need to pay or the bank will take the property.This is of course after a title search to make sure the title is clean. Then I usually get an attorney to create the deed of trust(mortgage and note) so that the seller has their security.