So I have this out of state property in WV that will be put on market next month. My realtor send me some pics and looks like another expense. Would like to get your feedback and figure out the cost. I'll have contractors go look at it next week and get some bids. Hopefully it's not much. I put this on market in Aug 2020 and it sat for 5 months. So decided to take it off and may be try again. I think if I had put it on market in spring of last year, it would have sold. But her I'm and another expense. Just hope it's not much. 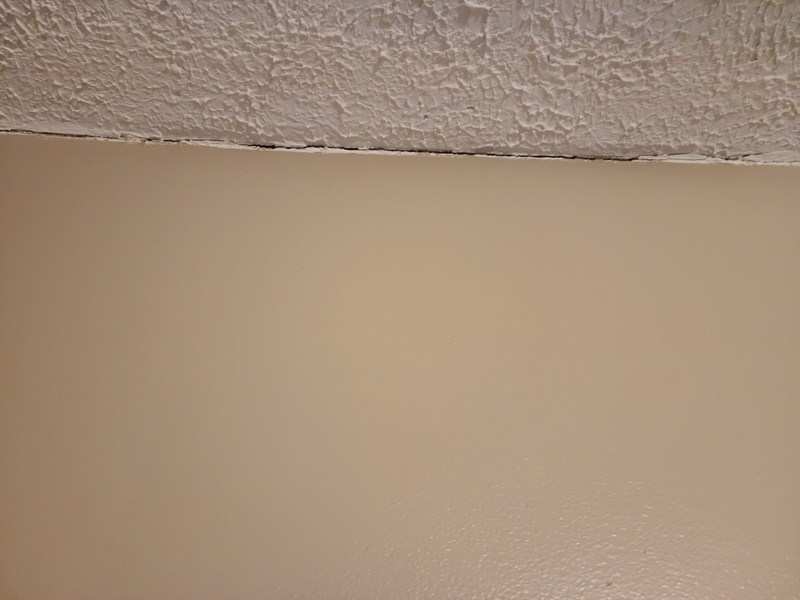 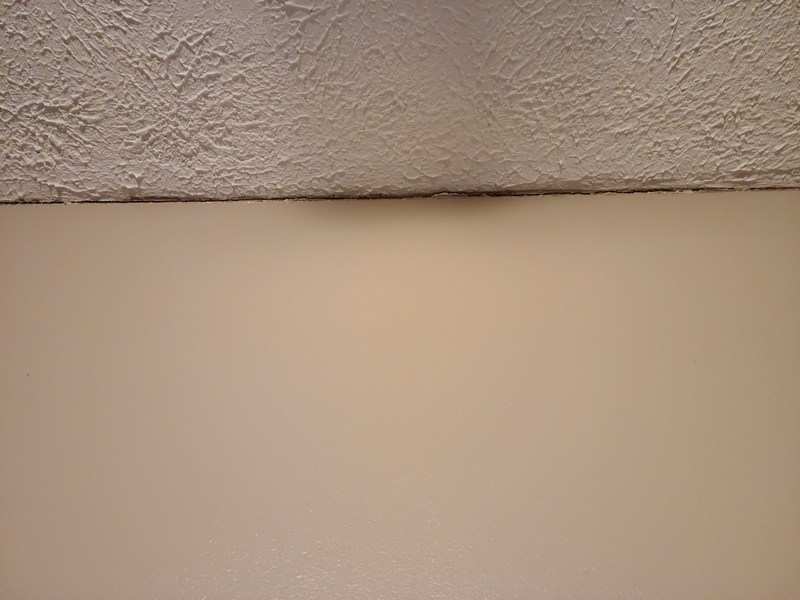 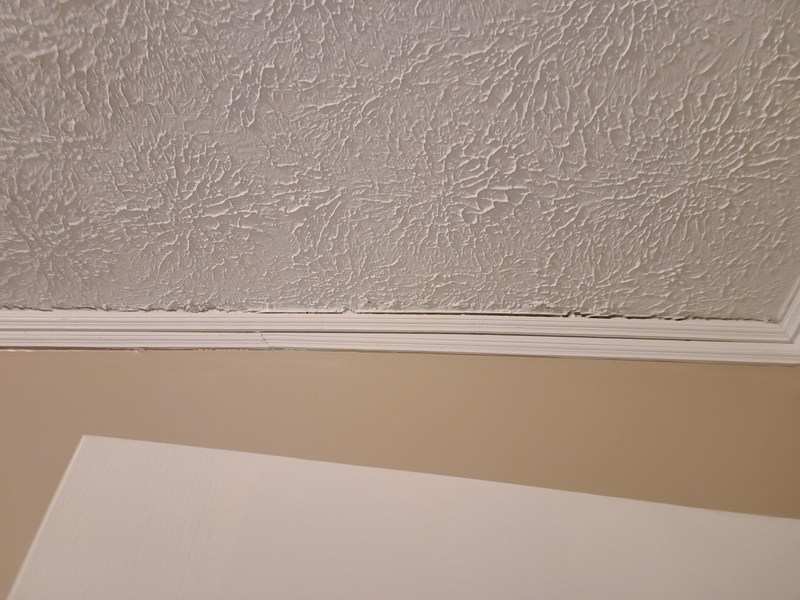 @Manmath D. Interesting...it almost looks to be sagging, but that is usually caused by moisture or a structural issue...but there is no apparent water damage...It could be faulty material or the contractor didn't use the correct installation process...the other consideration would be climate...expansion and contraction that causes the drywall/mud to crack over time...

IF it is sagging, there needs to be some more investigation...the contractor will drop the ceiling back to the next rafter and poke around to find the cause...that is an open-ended repair...you can get a cost for the investigation, but no the repair.

A final thought would be that if it's just cracking and there is no sag, install crown molding...

What is the age of the property and where is this celling image (what floor and room)...how old is the roof? Is there a water source above?

Looking back at those images appears there is an "efflorescent" type of yellowing...that's moisture...which could mean mildew/mold...

Well the house has been empty since June 2020 and set at 60 degrees during winter. These are all upstairs bedrooms, roof is more than 10 yrs old and no leaks. In my last inspection there was no mention of any foundation issues. I'll have to find someone who is capable of fixing this as I plan to put it on market in April.

Just hoping it is not an expensive repair.

Those are all good things @Manmath D. it's probably a pretty basic drywall repair. Best of luck.

@Manmath D. where is this property...just wondering if I can make a good fit with a current client...we buy real estate routinely also...I would be glad to take a look

@Brandon Sturgill it's in Beckley, WV.

Interesting @Manmath D. This is really a beautiful spot...I've been to the New River Gorge...WV has some great scenery. Have you tried the Air BnB route?

@Manmath D. , how old is the house?  I agree, that particularly in the two without crown, there seems to be noticeable sagging which typically is either water damage or potentially animals.  Something seems to created some weight there.

And just because you "didn't" have roof leaks doesn't mean you "don't" have roof leaks.  Flashing can fail, especially as we had some decent snows which recently thawed.  Ice damming is real and creates water intrusions, when the gutters start backing up with snow, the warm roof melts the snow, but it refreezes and expands getting under shingles, and then into roofs.

@Manmath D. Caulk it paint it and be done with it, drywall on ceilings sag, it's normal to develop cracks as things settle and materials shift. How old is the house ? Back when only nails were used in homes to hang drywall over the years they pull and you develop cracks at the joints.

Your realtor is probably just pointing out things an inspector might bring to buyers attention during the sale process and then the buyer would try to negotiate some repair costs into the deal. Calk, paint, done. $10 fix DIY or contractor/handyman usually has a minimum charge $50 or $100

Get some painters caulk to cover up that area, and paint over it. Call it a day.

@Manmath D.  It looks to me like this joint was never taped, just filled with hot mud.  to be on the safe side, hire a contractor/inspector to further investigate the situation.  Is this due to water damage, looks unlikely, was the drywall not hung properly, this could lead to sagging, ect.

In addition to being a landlord, I also happen to be a drywaller- as in that’s my day job. I do not see significant sagging nor staining. I’d caulk it and maybe touch it up with the wall color (It’ll be easier to cut a straight line in paint with the smoother texture)

If there’s slight sagging, you may have nothing worse than a few nails popping at the nearest joist. Look for evidence of nails/screws failing- little circular holes in a line. Push the ceiling gently back against the joist and put a few new screws in and put a little drywall mud or spackle over them.

Worst case scenario: old water damage that someone hid with a stain blocking primer. Cut back from the corner to the nearest joist and replace the drywall. Match the texture after taping. That texture is a sponge texture- usually done by do it yourselfers. Most drywall guys won’t do it unless matching existing texture.

High end: $350-400 to cut back, replace, re-tape and match texture. PAINTING NOT INCLUDED