Anyone familiar with the neighborhoods around the newly renovated Howell park? what does rent run for around there? Do you think the renovations will improve the area? What is the crime like immediately around the park (would you be worried to drive or stop around that area)?  I'm interested in some deals there. I was told rent can run for 800 a month. Any info from you guys would be greatly appreciated. Thanks!

Personally, that's too far north for me.  Higher crime and heading in the wrong direction.

As far as those rental rates, that seems about right for a 3BR/2BA.

I don't always trust crime maps, but it's a good indication if you're not familiar with the area.  A brief stroll on streetview also revealed that just about every home has bars on the windows, too.  Pretty neighborhood otherwise, though! 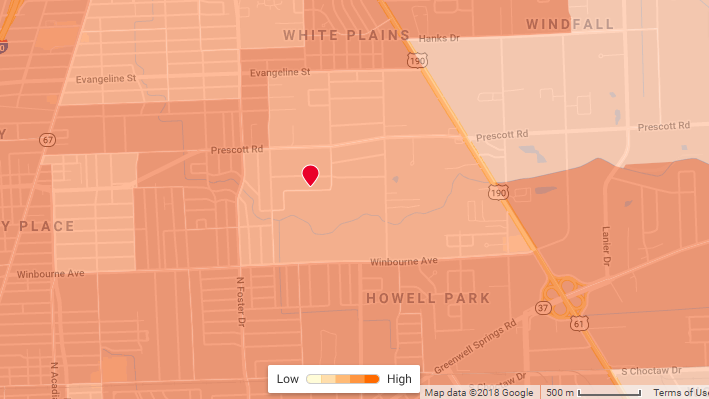 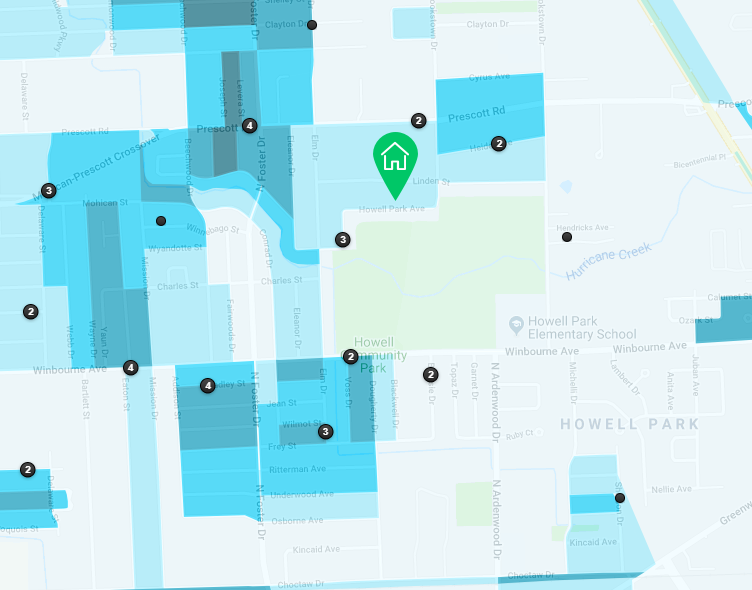 I agree with Garrett.  It’s too far north for my taste as well.  I would personally be uncomfortable stopping in that area by myself (which is an important barometer for me).

This is a low to moderate income area. I would not suggest this area to anyone who has no background with those already living in the area.  That said, there is a market for rentals up to  highs of $750 to $800 for 3 Bedrooms but, less Bedrooms and baths and a bottom line of around $550 per month is more common due to high numbers of lower income people in the area.

Best bet is to get property management with experience in the area because, there are people that would live nowhere else due to relationships built with the special need populations of North Baton Rouge.

I looked at a house that was very close to Howell Park.  I loved the house for the price, but I felt like it just wasn't in a good area.  The particular street the house was on was fine, but literally one street over every single house had burglar bars and two houses that looked abandoned.

I've only driven past Howell Park, I didn't actually go inside the park, but it looks lovely from a distance. The park looks nicer than parks you will see in some of the more affluent areas of Baton Rouge. What surprised me was how large and nicely kept it looked for being in the area that it was in.

I'm 32.  I've have had talks with my dad over the years about Baton Rouge, and he said that North Baton Rouge used to actually be the good part of Baton Rouge.  It's close to Exxon which is the biggest well paying employer in the area.  He said at some point large sections of the better off population left due to high rates of cancer from being so close to the chemical plant.  Property values dropped due to so many leaving at once.  The Tax base dropped.  Schools got worse, and then there were higher levels of crime.

That's how it is over there. They have some sweet pockets that you can get great houses in for a good price. Really need to know the neighborhood/street. They have a couple of very knowledgable guys that invest in that area that go to the RING meeting / Baton Rouge REIA. If you are interested in that area definitely hit them / that meeting up.