I recently had two successes with Adequate Protection Orders for borrowers in Ch 13 BK. The APO is another way to deal with a borrower's delinquency in their BK plan when it negatively affects a creditor.

If a borrower is in default under their plan (delinquent in post petition payments or failure to pay for un escrowed taxes or insurance), you can file a MFR. However, a lot of courts are lenient and will give the debtor extra chances. You might go through added time and expense to try to get relief, only to get shut down by the judge.

I look at APOs as settlement agreements between creditor and debtor. Instead of taking the chance at a MFR hearing, which could go either way, both sides agree on a remedy to the default.

For the debtor, he or she doesn't run the risk of relief being granted at the hearing and he or she gets another chance to complete the plan.

For the creditor, you avoid the same risk of losing in court. If the debtor completes the APO, generally, they've fixed the problem (caught up in post petition payments or paid delinquent taxes). If the debtor fails, the creditor gets relief without having to go to a hearing.

In two of our cases, the debtors failed to perform on the APOs, which resulted in getting relief without having to go to a hearing.

Just another tool to deal with loans in BK :)

Thanks this is informative as I didn’t know it existed

Will have to look more into it 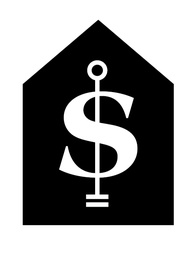 Excellent information. My attorney has utilized it before, and It works just as you describe.

@Chris Seveney The attorney that handled those two loans didn't either. The loans and the debtors plans languished for a couple of years before we decided to transfer the files to other attorneys who specialized in bankruptcies. The new attorneys suggested APOs and we were immediately empowered to try to get the problems resolved instead of standing by helplessly not knowing what we could do.

this is a good strategy, however the issue with this is you run the risk of the borrower not complying, so you just kick the can down the road further and end up having to file an MFR anyway. I've had better luck contacting the trustee directly and having them put forth a motion to dismiss for non compliance, generally they will do after 90+ days of non payment.

Another good piece of information. I will note and file away if use if I ever need it. Thanks

I wanted to provide an update on the two "successes" I mentioned in the original post.

We were actually granted relief for one of the loans. The trustee in the other case moved for a dismissal before we could get our MFR.

Both borrowers filed new Ch 13 cases, which stopped our trustee sales. One has dragged on and, months after getting nowhere with the borrower and her new BK attorney, we're getting our MFR hearing in October.

Our attorney filed a brilliant opposition laying out the borrower's 6 bankruptcy filings within 10 years, which showed a pattern of bad faith filings. The debtor's motion was denied and we were free to foreclose a few days later. The property sold to a 3rd party at auction and we were finally able to liquidate this note that was sub performing for years!