I am currently investing in flips around St Louis.

My thoughts were to shift also in to the rental market.

As I am doing my research , the results I have found are not exiting.

Is there any forecast that St Louis will have more growth and less unemployment ?

I know the High-tech is growing there.

My debate is if to stay there,

can you please provide me with information that shows future growth in St Louis?

I do not live in St Louis.

My look is from a buy and hold perspective, right now i'm doing flips.

@Yair Gafni . I would not expect tremendous appreciation from growth and employment. The St Louis metro isn't much of a growing metro, more just holding it's own and staying steady. There are neighborhoods I expect to continue to shift/gentrify and add appreciation. However we are on the high end of the real estate market cycle, so a dip could come.

Our real estate team is in Austin, Houston, Dallas, Minneapolis, and St. Louis. If you want long term appreciation in the Texas markets you have to buy it with a larger down payment. St. Louis is a cashflow market. So you'll get low appreciation unless you invest in a gentrifying submarket. 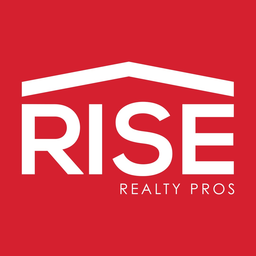 St. Louis has many small pockets of growth/turnaround/gentrification, but overall I would expect it to stay steady as she goes. Anecdotally, I know many millennials who have enjoyed city living for the last 10 years starting to shift toward St. Louis and St. Charles counties as their families grow and they start to think about schools which are largely not an option in the city if you can't afford private school. Conversely, some recent empty-nesters are moving into the trendy areas of the city (Central West End, etc.) in order to downsize now that kids are off to college so there's kind of a flip-flop going on there that should net out as a wash.

As long as major industries/business HQ don't all bail on St. Louis at the same time, the low cost of living and manageable climate plus proximity to many US business destinations (4 hours by car to Chicago, Indy, Nashville, KC, Memphis, etc. or 2 hours by plane to Dallas, Denver, Atlanta, etc.) should keep a stable base population in the metro area. Being at the confluence of 3 major rivers (Mississippi, Missouri, Illinois) is an asset that is unlikely to ever become obsolete as well.

I've seen some research that indicates younger people are starting to leave high cost coastal cities and move back to the middle of the country (mostly Texas or Colorado for now) and St. Louis has a lot going for it in regard to food culture, cost of living, etc. that young people desire. We can all hope for a boom but it's probably more tortoise than hare.

Great post, Max. I'm one of those younger people looking to move back from CA to my hometown. IF my startup here in the Bay Area doesn't work out. STL definitely has a lot going for it in terms of food culture. Totally unique and underappreciated food scene among US foodies.

I am hoping that the start-up market will continue to grow and bring more people.

As others have stated, the market fundamentals are mediocre.

Population has been stagnant for a few years now. 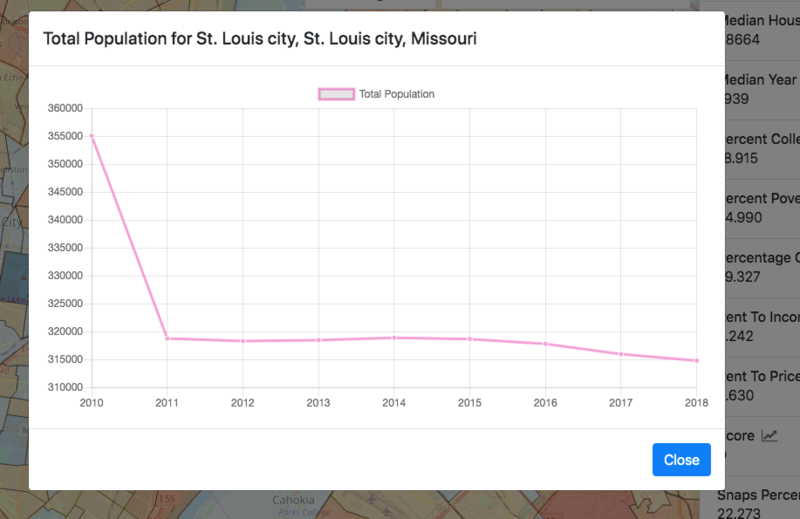 Incomes have risen, but only enough to barely out pace inflation. 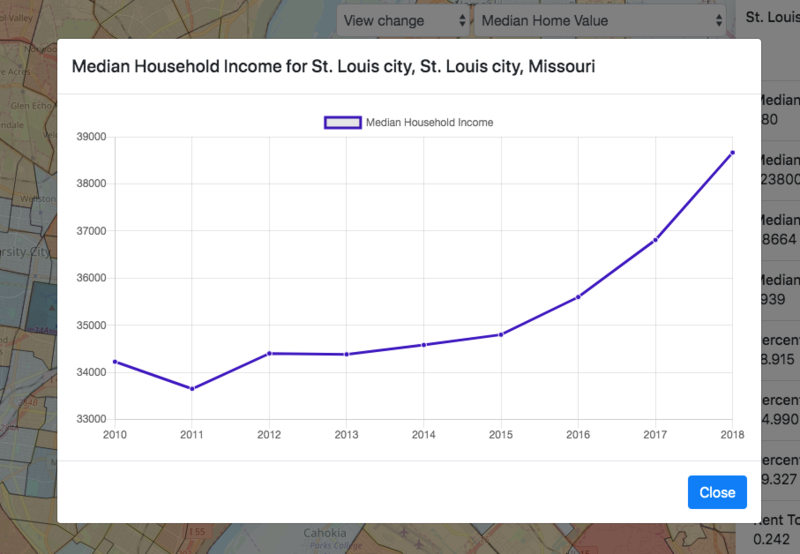 Some areas have seem more action than others.

The map below shows just those area by taking the change in median home values since 2014 to 2018 at the census tract level. 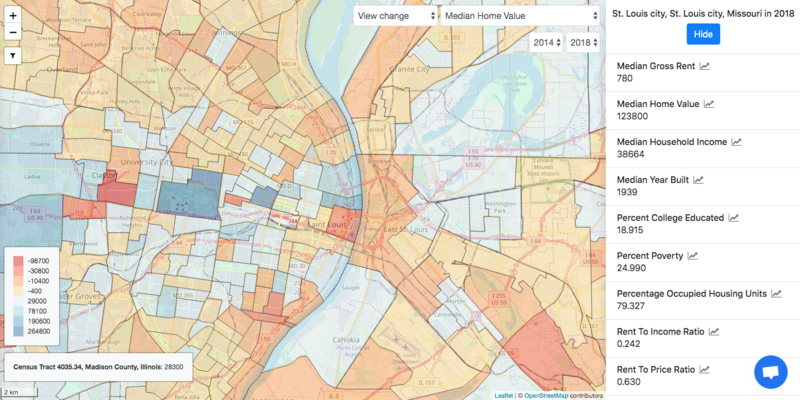 Hope you find this informative

Thank you very much for the information it is informative.

It seems that I will take a big chance investing in the rental market if I do not choose the right place, as they always say - LOCATION!

@Art Perkitny I went to the Census American Community Survey site and have not been able to find that last map that you posted.  Where did you find that?

@Yair Gafni   St. Louis has great pockets but not an overall great rental market.  Stick to the preferred school districts and your rentals should be fine.   If you are looking for a strong and steady rental market I am in Little Rock and recommend it.  Slow appreciation but strong and steady for rentals.  Let me know if you have any other questions.

@Yair Gafni how many buy and holds are you looking to do this year in St Louis?

@Art Perkitny Interesting data, but St. Louis City and St. Louis County are two different legal entities.  Most of the news you hear about St. Louis' crime stats or economic stats ignore that fact.  The overall population of St. Louis Metro is over 2.8 million but the data in those graphs is for the city only, which has a population of ~350k.

I have represented multiple out-of-state buyers that have been happy with their CAP rates, BRRRR cash outs, etc in the city and county. Of course, just like any market (prior to the current state of affairs, perhaps), prices were getting higher as more and more investors started to jump into the mix.

I own in South City and I enjoy the cash flow and the good returns on appreciation of my properties. Do see a more emphasis put on bring the city life back as you see developments happening in Central West End and Downtown area. As some of the other post stated you will see people moving out of the high end places on the coast and come back to the midwest for inexpensive living. STL is steady on its numbers but if it can ramp up the social light more and bring more companies here then we will be good.

@Yair Gafni   St. Louis has great pockets but not an overall great rental market.  Stick to the preferred school districts and your rentals should be fine.   If you are looking for a strong and steady rental market I am in Little Rock and recommend it.  Slow appreciation but strong and steady for rentals.  Let me know if you have any other questions.

What are the preferred school districts?

@Jermaine Miller www.schooldigger.com check it out. You can enter a city or zip and it lists top 10 schools in area.