For those of you familiar with LTIC, is there absolutely no way around it other than to build the sidewalks, even if it's R10 and no one has sidewalks anywhere in sight?  It was a complete deal-killer when I learned about it yesterday.

Given that the City of Portland is saying there's a "housing emergency" and it needs more density, the LTIC seems hypocritical. They tack on a fee that makes developing 2-3 low density lots completely unfeasible unless you can acquire the lots for almost nothing.  So the 30,000sf lot is going to stay a 30,000sf lot with one 1,300sf house on it, instead of 3 lots with three 2,500sf SFRs + 3 ADUs.

This only makes it possible for deep-pocketed developers to build large luxury projects, which is 180 degrees from the city's stated goal of affordability and density.

Any ideas on how to affordably develop lots in residential zones, especially R5 to R10, when the streets are "under-improved?"  It's the areas without sidewalks that aren't already trendy and expensive that would cost the most to develop, killing most smaller projects and ironically preventing increased density.

Has anyone tried to get the city to see this point of view and maybe change the rules for smaller developers?  Any idea who I'd talk to if I wanted to try?

Account Closed this is exactly where the HBA comes into play. I know your pain. I had to meet with a seller of two lots yesterday. PBOT has absolutely no improvements requirements for these two lots, but LTIC is going to cost 60K anyway. That absolutely has to be absorbed by the seller in order for our transaction to make sense. We were in agreement 6/29/16, LTIC was initiated 7/1/16. That hurt!!!

We are building a huge spec home in SW, a lot we purchased from the same seller, good thing we applied for permits prior to LTIC or it would've been the same exact problem. No PBOT requirements at all (both are dead end roads), but there would've been a 60K fee justs because PBOT has done what the government does......which is mis manage funds.

It's a terrible program, is terrible for roads that wouldn't need improvements, but great for properties that would've required 1/2 street imps (as LTIC would be cheaper). It's one of the worst thought out programs that PBOT has come up with to date. And it's the 3rd such program since 2012, once they realized they need $100,000,000 to finish their road improvements to Portland. 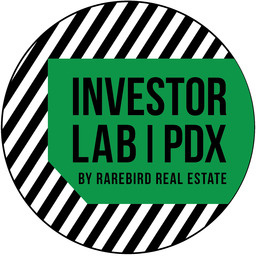 Seems like this would encourage density, honestly. Spreading that cost over multiple units would be desirable, no?

Vacasa
Vacation Rental Property Management
We do the work. You get the ROI.
We do it all for your vacation rental. All—marketing, pricing, guest requests, housekeeping & more.
Free income estimate

@Matt Garboden what do you mean by "spreading that cost over multiple units?"

The LTIC wouldn't really change the costs for a big development, because those projects would typically have required the street improvements anyway (which would probably have been slightly more expensive than the LTIC).  But in areas that are less dense that may not have sidewalks, the LTIC is a HUGE barrier to developing lots that might be dividable into 2 or 3 parcels, making increasing density in those areas financially infeasible.

So it hurts the small developer while helping large developers, who (historically in Portland) build luxury apartments or expensive houses for high-income earners.  To build houses for middle income folks in regular residential neighborhoods that don't already have street improvements is nearly impossible unless you can acquire that land for almost nothing (since the cost to build is the same no matter what neighborhood you're in, but you can only sell a house for so much).  In close-in neighborhoods with something like R 2.5 zoning where the sidewalks are already in place, there won't be an LTIC but the land is so expensive that any homes built there will be aimed at high-income folks (e.g. $800k houses in Alberta).

I was mostly curious, as this is definitely outside of my knowledge base.

In a theoretical situation, where a large lot is being developed regardless, and you have the option to build one large house or divide and build several smaller houses, it seems that the LTIC (if it is static, based on frontage) would push the developer toward the multiple unit build.

What am I missing?

In most cases, the highest and best use of the land, in RE development terms, is to maximize density and use.

If you're developing residential land, the zoning code will dictate what can and can't be built. Generally there's no option to build either "several houses" or "one single house". The zoning code will allow one house + ADU on one tax lot in R 2.5-RF, but there are maximum lot sizes. So in R10 if the max lot size is 17,000sf and you have a 30,000sf lot you want to develop, you must divide that lot or not develop it at all. You could theoretically divide into two 15,000sf lots, but you'd get a much higher ROI if you divided it into three 10,000sf lots. Code would not allow any more than 3 in that case.

In the R10 zone, lots (and street frontage) are large, and the LTIC is extremely expensive compared to the number of houses that can be built.  I was in contract yesterday on a house in R10 on a 30,000sf lot.  The plan was to divide the lot into 3, sell the 2 lots, and hold or flip the existing house.  The lot wrapped around a corner lot in an L shape, so the total street frontages added to about 180'.  That's an LTIC of $108k.  Assuming each lot would sell for $75-100k, that put us into the red and killed the entire deal.  The numbers are the numbers no matter who develops the lot, and it didn't make sense to develop that lot with the LTIC, at least when paying the contracted price for the property, so I terminated the contract.  That property will get bought by a young couple looking for a starter home and maybe some land to raise their chickens and bees.  They'll fix up and live in the 1300sf house (that's built on a wood pier foundation), and that 30,000sf lot won't get developed anytime soon.

I imagine that a lot of other small developers have found themselves in similar situations.  If your margin would have been $100k but the newly-implemented LTIC is -$100k after that, the lot doesn't get developed.

The lower the density allowed, the more cost prohibitive the LTIC.  How it plays out in R10 is a perfect example of local government gone completely sideways.  (If they made adjustments to the cost per linear foot based on allowable density, that might make more sense and encourage development in lower-density zones.  e.g. $600/lf in R2.5, $300 in R5, $150 in R7, and $75 in R10.  But that's not how it's set up.)

And the "housing emergency" is all developers' faults, of course.

Account Closed....LTIC will actually enourage duplexes rather than sfr. So for some sites it may "increase density", but as a whole, it will decrease supply because some developable lots will just not be developed.

@Mike Nuss I get that the development projects will be less desirable, but do you actually think lots in the long-term will be left undeveloped? In this market, it seems that someone is going to be willing to take on less than optimal projects rather than just sit on the sideline.

I get that it dings small developers, but from the city's standpoint, it seems like it will, at least in part, accomplish their goals.

@Matt Garboden yes I do believe it will slow down development. $600/lineal foot is a big deal. That's 30k for most infill lots. Builders are making good $ but a 33% or more profit cut will slow development down.

@Mike Nuss Account Closed Thanks for the insight and discussion.