The September 2019 Central Texas Housing Market Report is out from the Austin Board of REALTORS (ABoR). The City of Austin saw a 15% percent increase in Austin home sales and a record-breaking 11.9% year over year increase in the median sales price of a single-family home. The price of $406,000 was an all-time high for any September on record. The Austin-Round Rock metro area also posted a strong 7% increase in the median SFR sales price ($320,000) and a 13% rise in SFR home sales. Inventory, however, dropped to a mere 1.6 months (2.5 months in the Austin MSA). This continues the trend of extremely high demand, extremely low inventory, and rising housing prices in the Austin area.

ABoR president, Kevin P. Scanlan, added his commentary: "The adverse effect of low housing stock within the Austin area is higher home prices. As the anchor city of our region, Austin and its land use code directly impact Central Texas’ ability to meet buyer demands for more housing that's affordable. Austin has to get our new land use code right and needs to do it sooner rather than later.”

Here are basic stats on single-family home sales for September 2019 for the City of Austin and the greater Austin area: 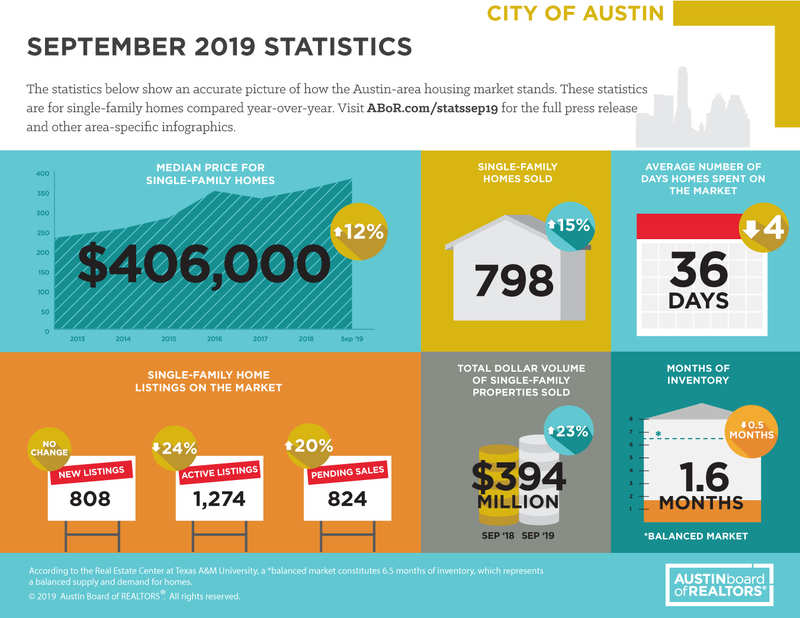 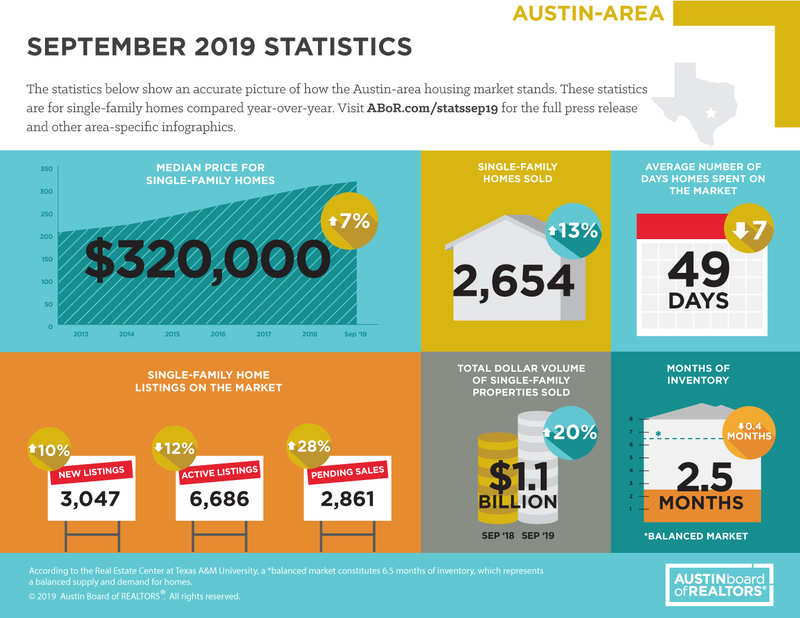 The City of Austin and local stakeholders are making a second push to overhaul the city's land development code after the CodeNEXT project stalled in August 2018. A top priority for the code rewrite is to allow and encourage building more housing units in the city, with emphasis on multi-unit and infill development. The Austin and Central Texas economies are incredibly strong, with sky-high demand for housing. Significantly more housing units must be added to better meet demand before the market eventually resolves the extreme supply-demand imbalance in a manner that potentially none of the stakeholders prefer.

The US population increased through the recent recession, but housing starts plummeted and have been lagging ever since (see below). So, in that specific sense, Austin's housing supply problem is not unique. However, the city has one of the hottest economies and housing markets in the US. The city's current land development code can be improved to help close the gap. 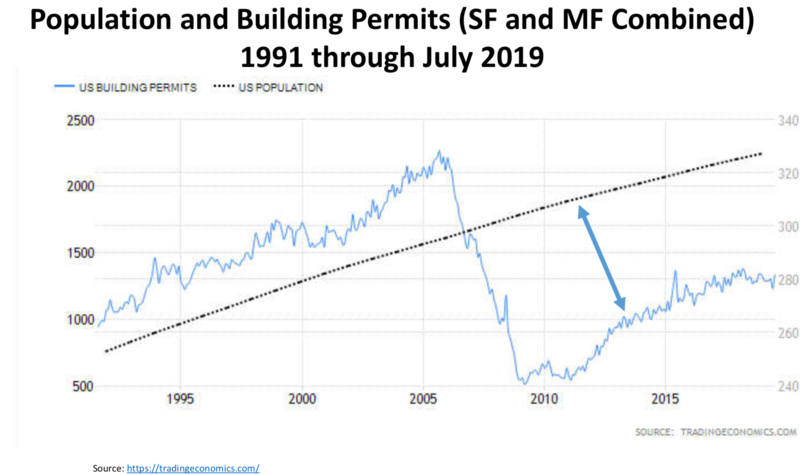 I love the building permits chart 😍

Thanks for the info David! I'd be happy to get on your mailing list as well if you have one for these.