The October 2019 Central Texas Housing Market Report is out from the Austin Board of REALTORS (ABoR). The City of Austin posted yet another double-digit percent increase (14%) in home sales amid record low October inventory (1.5 months). The median SFR in the city sold for $405,000, which is up 8% year over year form last October. The Austin-Round Rock metro area also posted a strong 7% increase in the median SFR sales price ($327,500) and a 16% increase in SFR home sales. Inventory in the greater metro area, though higher than the City of Austin, is still critically low at 2.3 months. Pricing and inventory is sending many buyers to out beyond the immediate Austin suburbs. For example, increased demand in Bastrop County to Austin's east produced a 14% increase in the median SFR sales price ($249,900) year over year for October.

Here's the latest on the current rewrite of Austin's land use and development code. ABoR president, Kevin P. Scanlan, offers a warning: "Austin can no longer sustain its current rate of growth. With an average of 100 people moving here every day, the demand for housing is growing much faster than the number of homes available. Homes are hardest to find in the urban core where people can live closer to work and transit. Therefore, we need to plan more efficiently—not just in Austin's urban core but in transit corridors and activity centers as well."

Here are basic stats on single-family home sales for October 2019 for the City of Austin and the greater Austin area: 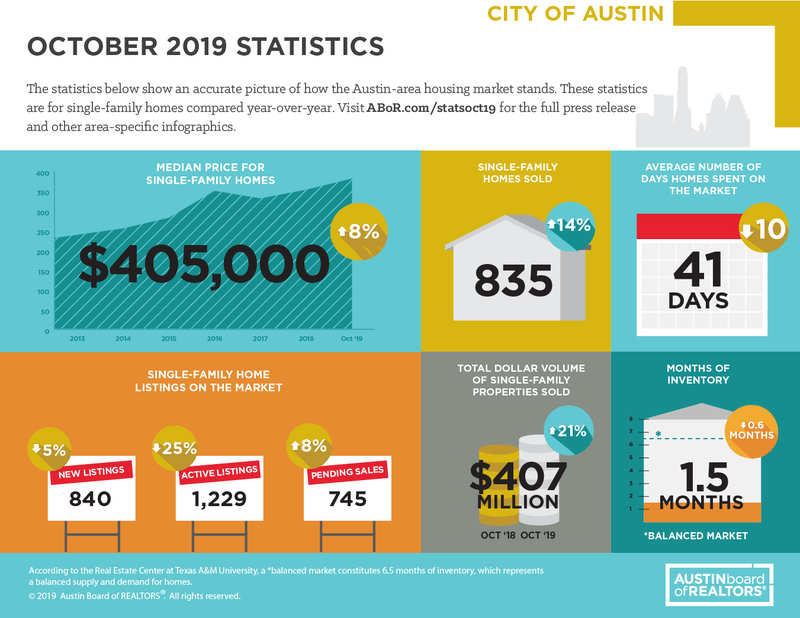 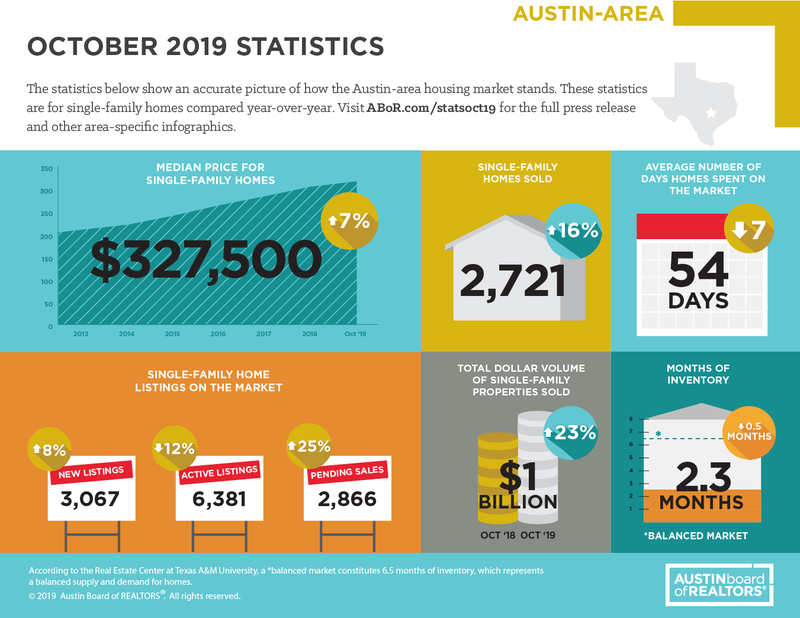 Though we have a little more than a month left in 2019, I figured we can take a look at how rental rates have performed in Austin this year compared to previous years. Here are charts of the median rents for a 3/2 single-family home and for a single duplex unit (regardless of beds/baths) in Austin by year for the past 10 years. Note what appears to be a nice jump in duplex rents after a few years of stagnation. I'm happy to provide charts for other cities or property types. 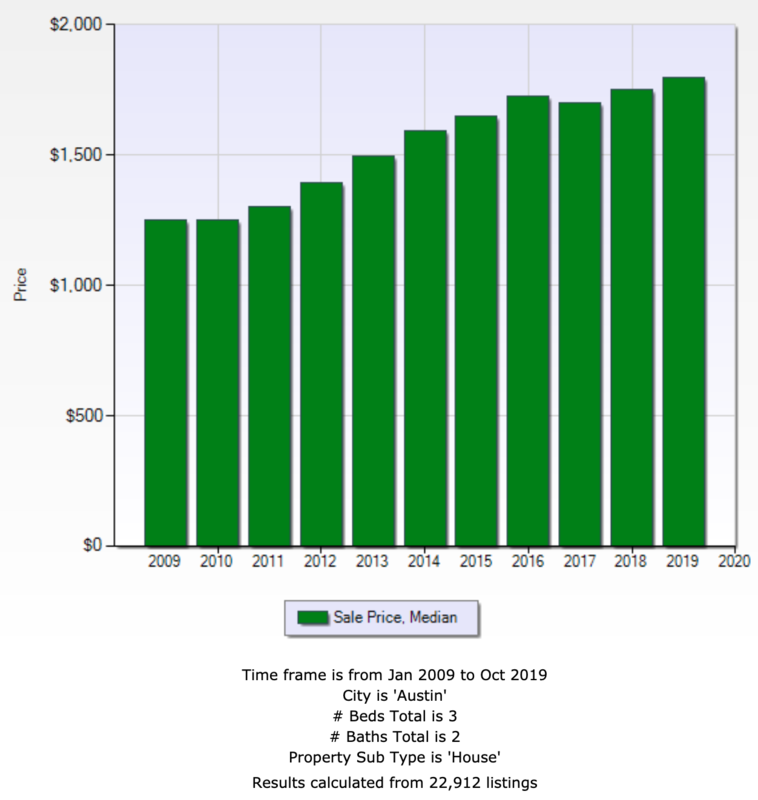 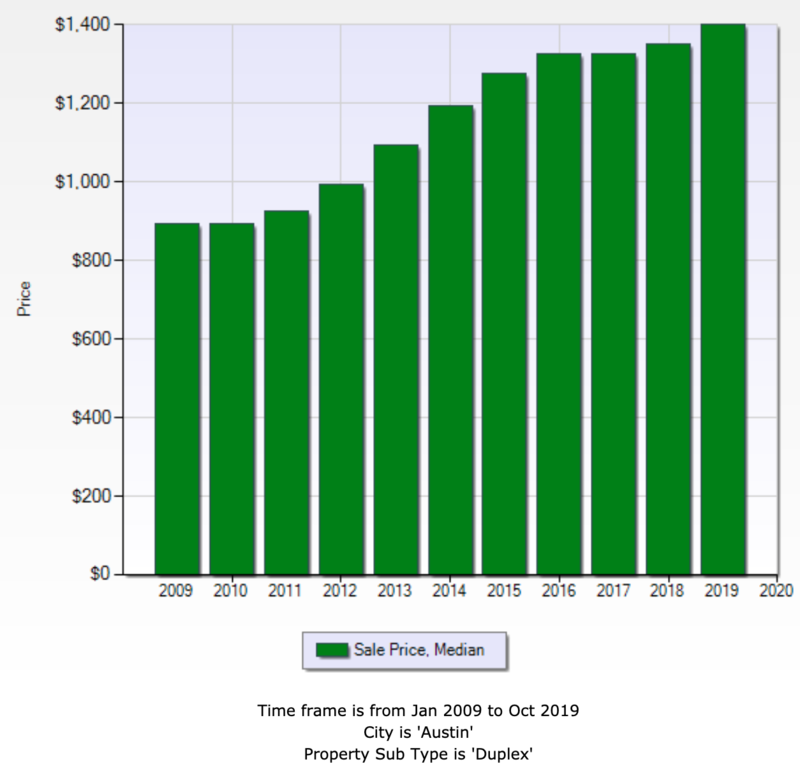 Hey David, have you been running into more and more people especially cash buyers who are on edge about a recession?

I show them this local data but it doesn't seem to soothe their fears. How have you been addressing this issue if you've been experiencing a it?

Im looking to invest in Texas (1031 exchange from CA). Austin or Houston?

What areas do you recommend?