So, I've made a mistake that is very frustrating and I want to warn other investors.  I hired one of my tenants to do some work for me on a fence.  He currently does handyman work for one of the big RE companies in town and he regularly tells me how happy they are to have him.  I recently bought a house to flip and the fence was leaning over, it wasn't in bad shape...just leaning.  So, I had him out to quote the job of removing the existing fence, installing new posts and then putting the fence back up.  He quoted me $250 + supplies.  That is what I was planning to offer somebody on CL so I hired him.  Better deal for me...some of that money will be coming back to me in the form of rent, "keeping it in the family" so to speak.

Now, he put up the new fence and it is standing up straight but it is crooked as a dogs leg! Looking from above it would look like this:

He also left all of his scrap wood, and trash at the house. He knew I had to have the trash removed because my mowers were coming.  So when I called him to discuss he said that he left the scrap wood because he thought I'd burn it in the fireplace...uh no, its treated wood!  He did come and pick up the trash...well, most of it anyway.  When I told him about it being unacceptably crooked he said that it wasn't possible to straighten it out because the ground was hard and he couldn't dig in some spots.  He said he would've needed a power auger.  If he'd just have called and told me that then we could've rented one.  No problem but now the whole fence is up and will have to be completely taken down to repair.

I believe him that the ground was hard but...the fence looks awful, you can see from the street how bad it looks.  I got zero ROI from the fence repair. As it stands, I would expect a potential buyer to ask for a fence allowance on the sale and it makes the whole house look shoddy.

I haven't paid him yet and I'm going to try to work something out with him but I feel like I can't be as assertive and demanding with him since he is a tenant.  I was very upset with him for making me have this awkward conversation with him.

Point of the story: don't hire your tenants.  If you do, write everything out to minute details so that both parties know what is expected.

This is in the Broken Arrow (Tulsa), OK market.

Thank you for the reminder, and I am sorry for your frustration.  I will echo that and also emphasize that it is best not to have tenants do any repair/remodel work on the rentals they are living in.  Besides the possibility of poor work, there are definitely liability issues.

Yes it is not a good idea

We did tell one of our tenants recently that he could do the snow removal for us this winter.  It's not a discounted price.  Hopefully we will not have a problem. figuring how bad can you remove snow?  He is on site and has the equipment.  He is the only tenant that pays his rent early so we have our fingers crossed.

I just hired a contractor working next door to me on another house to do a small section of siding.  It was a low price and I said Yes and he did the worst job in the world.  I was going to do it ourselves  because it was a small area.  Now I just hope it gets by the insurance inspection


Yes it is not a good idea

We did tell one of our tenants recently that he could do the snow removal for us this winter.  It's not a discounted price.  Hopefully we will not have a problem. figuring how bad can you remove snow?  He is on site and has the equipment.  He is the only tenant that pays his rent early so we have our fingers crossed.

I just hired a contractor working next door to me on another house to do a small section of siding.  It was a low price and I said Yes and he did the worst job in the world.  I was going to do it ourselves  because it was a small area.  Now I just hope it gets by the insurance inspection

My advice...make a contract for the snow removal.  How long does he have to remove it?  Where is he to put it?  What happens if he doesn't do it before the city cites him/you?

I have another tenant that mows several properties for me, including our personal residence.  I figured...how bad can he mess it up?  Yeah...he scalped it so badly that he didn't have to mow for 3 weeks.  He made it right though, didn't charge me for that mowing and profusely apologized.  He owns a lawn mowing company though and it wasn't him it was one of his new employees that did it.  They still do my mowing.  Everybody makes mistakes after all.

@John Lindemann I wonder if it just looks worse to you because of your high expectations? I wouldn't be surprised if nobody notices it.

Of course that doesn't make it right, and I agree with your original comment: use great caution when using tenants for work. Sort of like doing business with family... it could go well, but it could also strain that relationship and probably isn't worth the risk.

I'd see if he agrees the job is shoddy and pay him half, AFTER he cleans up his scraps.

Next time use a clear SOW as well, that could help.

If good fences make good neighbors.... what does a crooked fence make?

I am meeting with him tonight to figure out how to resolve.  Fortunately he is a decent person in general and hopefully we can both walk away happy.  I'd much rather pay him the full amount for a properly repaired fence vs. not pay him anything or a reduced amount.

I do have high expectations but because of that I typically seek the opinion of my wife on such things because she usually has a better eye for what the "typical" home buyer or renter will be happy with.  In this case, she also said it was not acceptable. :(

@John Lindemann How did this resolve? Hope it worked out for you!

I have had tenants ask to perform minor maintenance or repairs on my rentals and I handle it on a case-by-case basis. If I was going to have a tenant take care of anything longer term, e.g. mowing the lawn, snow removal, etc, I would want that in the lease or a lease addendum.

Just like doing business with friends or family members, always make sure you have a contract in place when you blur lines and make sure the scope, payment terms, remedies for repairs, etc are covered so once the job is done it's the letter of the contract that is path and not interpretation. Nothing worse than having a small side project sour a tenant/landlord relationship. 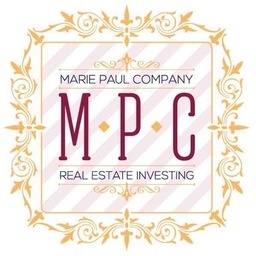 @Michael Slockers - It was an awkward conversation to say the least.  I told him that the fence wasn't right and that for me to get any return on my investment that it would have to be fixed.  The way that it was just did not solve the problem and that I would expect a buyer to ask me for a fence allowance.  If I wanted to give an allowance then I would not have paid to have the fence fixed!

Fortunately for me, I have a good relationship with my tenant and he is a generally upstanding person.  At first he told me that he was not going to fix it and that I could just keep my money and hire somebody else.  I explained to him that I really wasn't trying to get out of paying him, I just needed the fence fixed.  After some conversation he agreed to fix it, and he has.

@John Lindemann, I'm glad it worked out for you, awkward conversation and all.  I compare this type of situation to doing business with family/friends.  It can often work but, when it goes bad, it gets awkward and sometimes really ugly.  And that is the downfall.

I've done it twice.  One was a great experience, the other was an okay experience.  I always make sure the scope of work and amount we agree on is fully understood by both parties.  It is something I would do again, but always gingerly and only for fairly small projects.

@John Lindemann Glad it worked out for you. Thanks for sharing the experience it will help me in the future!