Anyone familiar with the Southern Alabama real estate market? Particularly the Dothan, Ft. Rucker, Enterprise, area. I am being reassigned to that area and was wondering if there are any real estate agents or investors that would be willing to share any info for buying/renting a place to live in the area. Any and all information is appreciated!

I'm not, but I know there is a group of investors in Mobile and Pensacola. You might try to get in with some of them and ask around. 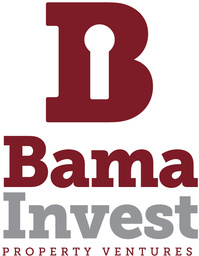 Hi Jason - I'm moving to the area in the next month as well. My wife recently took a job at a hospital in Dothan, so she's already down there. From the week I spent finding a place, here's what I've gathered. Dothan, which is where we ended up renting, is the largest city in SE AL. It had the most shopping/restaurants/etc, and since the hospital is there, that's where we ended up renting an apartment. Ft Rucker obviously has a big military base, so there were a lot more rentals available, but the drive daily would have been too much. We didn't check out Enterprise, so I can't speak to that end. As far as finding places, the majority of what we found was from driving around and finding realtor signs or by owner signs in the yard. I wish I still had a few of the names to pass along to you, but once you get down there, you'll start to see which ones are all over the place. Again, we spent a half a day in Ft Rucker, but the majority of our time was spent looking in Dothan...

I'm interested in Dothan and Enterprise only because I come through about once a year for training with the military. I'm actually here now and spend my weekends driving around scoping out different areas. I'm in research mode now but I've seen both good and bad areas. Maybe we can do lunch sometime if you are in the area and share some information.

Welcome. Thanks for your service. Time to build the foundation below.

Check out BiggerPockets Ultimate Beginner's Guide - A fantastic free book that walks through many of the key topics of real estate investing.

Check out the free BiggerPockets Podcast - A weekly podcast with interviews and a ton of great advice. And you get the benefit of having 60 past ones to catch up on.

Locate and attend 3 different local REIA club meetings great place to meet people gather resources and info. Here you will meet wholesalers who provide deals and all the cash buyers (rehabbers) you will need.

To find out about an area go to IREM.org search for ARM certified property managers. Call 5 ask them what sides of the city they like/dislike and why. Ask what they see them selling for and what expenses are by category. Ask if they know anything coming up for sale.

Wow thank you all for the great feedback! Time to dive into the links Account Closed provided.

@Zigmunt Smigaj Thank you for the offer. I'm not in Alabama yet so I will have to take a rain check on the lunch meeting. What areas have you found to be doing well so far? I'm still in a toss up between Enterprise and Dothan.

@James Tobin Was it pretty easy to find a nice rental in Dothan or did it seem like they were scarce?

I've met with several realtors in both Dothan and Enterprise, 5 total. After about 2 hrs of table talk we came up with only 2 properties to look at for potential rentals...so expect to really put your networking skills to test and do a lot of driving for dollars to find the deals.

Dothan first impressions: very beautiful Garden District, homes with lots of well developed yards and character... the city has an annual parade through through this area showcasing how beautiful the city is.."dothan azalea trail". Also some small but bad ghetto. Downtown has some closed bars and surrounded by nearby low income.., some good martini bars (oak and olive) moving into downtown bringing the higher end clients, but still boarded up buildings here and there.... Potential to grow, but I've been coming through for 8 years and it hasn't really developed at all downtown.... I wonder if there are strict liquor license laws, I know in enterprise the city hasn't granted anymore so you have to buy someone else out... may be the reason for no real growth in bar scene. The industry seems to be surrounded by two medical centers and the restaurants on the "ross clark circle". neighborhoods from 50k to 300k, so lots of variety. I see vacant old historic homes inside garden district all the time. Outside the circle moving west you'll find very nice neighborhoods. Overall I like the area because the city is small enough to explore all in one day but not too small.

Enterprise Impressions: Most of the nicer neighborhoods cater to military families, some drawdowns and there will be %20 reduction in soldier trainees next year. I own a townhome built by a builder 7 years ago who never stopped building so there is a ton of vacant inventory. My property manager got into a legal dispute with the base and closed down, they sold the business to another property manager (prestige property management). They absorbed 300 properties on top of what they are currently managing. I called to get a idea of the market and was told there are 6 pages of vacant townhomes and 2 pages of vacant single family homes. So there could be some opportunity in "rescuing" and worried owner, but Some of the older townhome areas (especially the ones without HOA) are getting run down and low income is moving in.... owner are mostly young military singles who were convinced to buy instead of rent by first property management company (I was one), now no one wants to put any money into properties... ie paint, siding, etc. With that said there are still a lot of demand for rentals so if you fix up a place then you could make it profit, HOA only $45. I'm dumping couple thousand into mine to compete with the owners who refuse to paint or carpet after 7 years. Most of the vacancies have original yucky wall paper and old dirty carpet, I'll be glad to show you mine when done.

I drive a different area each weekend just looking around and I think Dothan would be more stable from an economic standpoint. Plus its 3 times the size...with that said there are areas of Enterprise that have waiting lists because of how nice they are, Fort Rucker will always be here.... Really depends on what you want to do. I you target rentals for less than $500 you are getting into the low income/trashy areas.

@Jason Burton finding nice rentals takes legwork in Dothan. There wasn't a lot of listings online (craigslist, trulia, etc), so it took driving around. The majority of what we saw came from seeing signs in yards and visiting real estate agents. The agencies managing the listings was lacking as well. There was no effort put forth in renting the houses, and the process was you left an i.d. & $20 for a set of keys, and you looked at the place yourself. We were pressed for time when we were looking, and had to pass on two places b/c the agents didn't seem to have any sense of urgency. My wife came down before I did, so we ended up renting in a brand new apartment complex and will probably start looking again soon. Not sure if we're going to rent again, or look to buy.

As far as the area, I agree with Zigmunt's assessment of the area. It's a pretty accurate description from what I've seen as well. I recently took a job where I'm training in Birmingham, so haven't been able to explore the area as much as I'd like, but plan to soon.