Hello everyone. I’m looking at the Euclid and Garfield Heights areas in Ohio to possibly invest. Can anyone provide and insight to this area? Thank you!

Great place to invest, I have multiple properties there.

I invest in both of those cities. Pretty good overall! Generally B or C class areas, depending on specifically where within Garfield Heights or Euclid you're buying. There is a wide range of caliber in each of those two cities.

At the low end of Garfield, the streets off of E. 131st ("up the hill" north of Broadway) are pretty rough, and you might have a harder time finding and retaining good tenants (also, these streets are on Cleveland schools, which is seen as sort of a drawback for many people). The streets off of Turney, however, are a bit better, especially the further south you go.

Same holds with the low end of Euclid, which would generally be the streets off of Euclid Avenue. Pretty hard to find and retain good tenants there. Once you go up the hill (south, into the Beverly Hills / Glenbrook neighborhood) or the other direction, to the north (i.e. north of I-90) it gets much better though. The best streets are north of Lakeshore Blvd. but it will probably be hard to find a deal on any of those streets now that the market has picked up. The entire city of Euclid is on Euclid schools.

Make the Cuyahoga County auditor's site and google street view your best friends as you explore the specific blocks where you're looking at properties.

Thank you very much Robert, and Alex. I will be doing some further research into the area. Are there any reputable property managers that you would recommend in the area too? Thanks!

Hello everyone. I’m looking at the Euclid and Garfield Heights areas in Ohio to possibly invest. Can anyone provide and insight to this area? Thank you!

Both of these are solid blue collar rental areas. Both are east side suburbs of Cleveland, Ohio and in my opinion good neighborhoods to invest in. My company has many properties in both of these suburbs. They aren't perfect though so a pro and con list is below.

For more info on these areas and others in the Cleveland market check out The Ultimate Guide to Grading Cleveland Neighborhoods.

I buy and sell in both areas.

Garfield is better in my opinion for Point Of Sale purposes. Point of sale can be a killer on deals.

Garfield is exterior only now with no escrow hold.

As far as crime, everyplace has good and bad points. I feel safe in either place .

It is all about the management wherever ya buy. The right or wrong manager is everything. 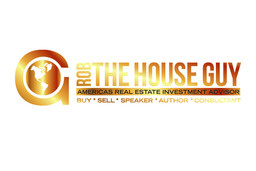 All this is great info. I have a couple of questions. Are properties north of Lake shore easy to rent? Does the rent amount increases once you are in that area? Would people that are willing to pay more prefer to go to an area with better schools?