I'm proud to say that my group closed on a 250 unit yesterday. It's the second deal I've syndicated and both of them have been over 150 units (first one was 168).

A couple syndication and multifamily lessons I've learned so far from these deals:

1. If you are not doing the property mgmt yourself, then have your local mgmt partner put their own money in the deal. This creates much more accountability and aligns the interests. I didn't do this on my first deal (mistake) but did it on this deal in Houston.

Bonus pts: if the local partner also brings in investors. That adds another layer of accountability and alignment of interests.

2. Yes, money will find good deals but you shouldn't wait for the deal to get the money. On my first deal I raised over $1M and had to do it after finding the deal. It was a...character-building experience :) I don't recommend that same experience to others. On my second deal I had already prepped most of my investors so it was much smoother. I still brought in new investors but the overall process is much better when you prep investors before you have a deal. Note: I don't actually receive money before I have a deal. I only speak to investors about a hypothetical deal (or past deals) and gauge their interest level in investing.

Bonus pts: How do you prep investors before you have a deal? Easy. Schedule a meeting with them and learn their financial goals and how they evaluate success with their investments. Then, talk to them a little bit about what you're doing. At the end of the conversation ask them "If I find something that meets your financial goals would you like me to share it with you?" I've never had anyone say no. Then, keep them updated as you look at properties and, when you have one, they are well aware of everything and more inclined to invest.

Bonus bonus pts: another way to do this is to create a fund where you actually do raise and have money wired before your deal. I haven't done this before but it's a natural evolution from raising money on a deal-by-deal basis.

For anyone who wants to raise money and do syndicated deals, I'm confident these two lessons I've learned will help you be successful. 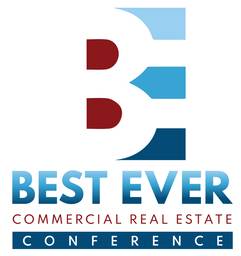