I have an apartment building that I want to purchase its annually cash flow is $66,300.  If we raise the rents to the average rents in the area it could possibly net annually $85,000.  It needs somewhere in the neighborhood of $ 95K - $120K in renovations.  How should I get the funds for renovations if I want to do owner financing?  Do you think I should approach a private lender because there will be $100K in equity once the project is finished?  It also have a duplex on the property that could be renovated and a building for a laundry mat that is not in use.   Just trying to figure out the best way to approach this deal because of the upside.

First step is the owner financing. If you can't find a way to actually get the property, nothing afterward really matters. Have you spoken to the owners and is that a possibility, or is it something that you are just hoping for?

If you are able to get the property, private lending would be a good option for the renovations, depending on the plan to get the cash back. That sounds like enough cashflow to easily pay back a private loan of that amount.

Something about this seems a little "too good to be true" though. Have you accurately allocated for all the costs? Is that $66,300 profit before debt service?

Yes, I was hoping for owner financing because the wife inherited the property because the husband died and was a horrible landlord.  But, I was hoping owner financing even though she may not do it because she just want to unload all of the properties the husband had previously.  Any other suggestions?? How could I find a private lender for this deal because this is actually a good deal.  Yes, it does need some work but it will have alot of appreciation after it is finished.

We have estimations on the renovations.   The $66,300 profit is before debt services.

As far as other suggestions to acquire the property, no. Syndicating can be a great option, but trying to take on something like this as a first deal(is this your first? I'm not actually sure) could end very badly for you, and it would be incredibly difficult to find people willing to provide the cash anyway.

As far as the private money for the renovations, it really just depends. Just ball parking here, the value of the property is probably somewhere between $750k-$1mil based on cap rates that are roughly 6.5%-9%. So best case scenario, let's say $750k. Financing that entire purchase price at 5%, which is reasonable for seller financing, will put you at a monthly payment of $4,026 a month, or $48,312 a year.

Private lending is usually short term debt, 1-2 years. Funneling all the extra cash that you would have, even assuming there are absolutely no other expenses that aren't accounted for, you won't be able to pay off $100,000 loan in 2 years. So probably the only other option would be a refinance to pay off the short term debt, which would require you to be able to get that private money amortized at a longer time period, with balloon payments, or interest only payments during the life of the loan. Otherwise you wouldn't have the cash to make the payments.

Long way of saying, I highly doubt private lending to finance the rehab will work for you.

If the owner is willing to do seller financing, the only way you'd be able to make the payments is if you can get it amortized at 30 years. It's possible, but I don't think I would recommend it. You probably wouldn't have sufficient cash reserves to deal with a potential maintenance emergency. Does it need to be painted? Something as simple as that could easily cost more than your actual profit for the entire year.

@Jeremy Phillips , do you have any money for a down payment? It is more attractive to seller finance if they are getting something at the beginning. You could also frame it as a way for her to continue to receive monthly income without having to actually do anything.

What does the $90-$120 cover? What is the initial cost of the property and what do you feel it would be worth once it is all fixed up? A friend is buying a 7-unit property where 2 units are empty and the outside is dilapidated. I suggested he fix the exterior and common areas while he's improving the two unrented units. Get them rented (possibly even offer them to the current tenants so he could upgrade those units, too).

What percentage of the units are rented? 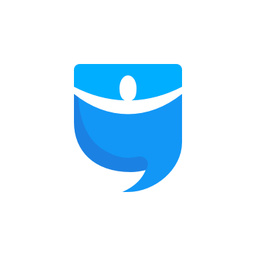 I do not have enough for the entire project because they are asking $240 for the apartment building. I will be asking to purchase it at 65% LTV. We know everything is negotiable plus this is a person who inherited the property and just want to get rid of all the properties that she inherited.

The $90K - $120K is total renovation of this small apartment building. The total property need a new roof, total rehab to the plumbing and the apartments that are not rented needs a total makeover.  The total property is worth in the neighborhood of $325K.  If I can purchase it at the right price it will already have equity in the property even after renovations.

The property is currently 56% rented.

I guess that's what I get for making assumptions, sorry about that that.

They are asking $240k for a property that has a net profit of over $66,000? I get that they want to dump the property, but something about this seems impossible.

Anyway, if you're able to get the property seller financed at that LTV ratio, you could try to do a cash out refinance once you bump the rents up and maintain them for a time. Could be a good option to pay back the private lending, if the equity position would still be as good.

If you have 35% down available, what is the advantage to you for seller financing? Or were you saying that the loan amount is going to be 65% of the actual value of the property, but you're not putting that much down?

Yes, this property needs a lot of work, but it has an upside.  Yes, she is trying to dump the property because she has inherited many properties because her husband died.  She know nothing about being a landlord and chooses not to know either.

I will be offering 65% of the asking price since I know she is antious on selling the property.

So you're just going to be asking for seller financing for 65% of the asking price, without putting any money into the deal?

I will put down 15% of the purchase price as the down payment and ask 65% to 70% of the asking price to purchase the property.

I guess there could always be an outlier, but I'm inclined to say that just wouldn't ever happen. I can't see any possible situation where someone would liquidate a property at a cap rate of 27%. No matter how badly you wanted to get rid of it, you could put it up for a much lower cap rate and still sell it quickly.

If those are the numbers you have, and you trust them, then go for it. I obviously haven't seen any of the documentation. But something about this makes me uncomfortable. Tread very carefully.

Look into Ken McElroy's book the Advanced Guide to Real Estate Investing if you haven't already. It's got some good stuff about investing in apartments.

Finding Private Lenders is easy when you have a Transaction with high profit margins and you have High Experience with a Track Record to Show. You can make an agreement saying that the Private Lender will put up the Capital, while you render service and carry out the rehab. Once the property is fixed up and sold, You and The Private Lender will Split Profits 50/50, or whatever the agreed upon split would be.

Best Place to find them are at your Local Real Estate Investors Club. Most Private Lenders want to have stakes in Real Estate without having to put in the work. You can do the Leg Work, they provide the Capital.

Thanks everyone for sharing!! I think if I do go forward with this project I am going to partner with another investor.

Speed To Lead
Buy hot seller leads w/o subscription
Buy daily seller leads that are actually ready to sell
Finally there's a place where you can buy leads that asked for urgent help selling their house
Sign up for free
Related Resources Real Estate Deal Analysis and Advice
The 2% Rule: Fact, Fiction, or Feasible? (Updated 2021)
Is That Neighborhood Up-and-Coming? Here’s How to Tell
Do Your Due Diligence Before Digging Up Dirt: Investing in Vacant Land 101
Best Deal Ever: How a Postcard Gets the Phone Ringing
Meet the Investors: I Sold My Wife on House Hacking With a PowerPoint (& Soon We’ll Live for Free!) Featuring Joaquín Camarasa
Resources Read, see, and learn more!
Real Estate Investment Calculators
BiggerPockets Blog
Path to Purchase
Mortgage Loans
Find a Contractor
Real Estate Agents
Hard Money Lenders
Real Estate Listings
Log in Sign up