Strategic Group, a major rental housing provider in Alberta, Canada, announced that all new tenants need to show a vaccine passport to live in its properties. Critics claim the renter’s vaccine mandate sets a dangerous precedent.

“Vaccination of everyone in our community is the only way we are going to get through this pandemic and back to a sense of normalcy,” said Riaz Mamdani, founder and CEO of Strategic Group, in an October 28 press release.

“The safety of our team and our residents is a top priority, so ensuring full vaccination across the board is the least we can do.”

The press release said that “all employees, residents, and prospective residents” have to be vaccinated. Existing tenants will have to show proof of vaccination. Anyone “unable to be vaccinated (i.e., children under the age of 12) is exempt until able to receive the vaccine.”

“These rules apply to all of Strategic Group’s residential communities in Alberta.”

The renter owns more than 1,00 1 and 2-bedroom units in Edmonton and Calgary.

The Canadian Press reported that the Strategic Group COO Tracey Steman said that the company was "very proud" of the mandatory vaccination policy.

“And we’d like to see other landlords implement the same policy… It will help to end this pandemic,” Steman continued. “We’ve had really good feedback from our tenants.”

According to the company’s CEO, residents inspired the new policy as they were saying that “they value knowing that all their neighbors are vaccinated – they feel even safer in their own homes.”

Eva Chipiuk of the Justice Center for Constitutional Freedoms (JCCF) told LifeSiteNews that Strategic Group’s vaccine mandate for tenants “sets a dangerous precedent in Alberta and in Canada.”

“According to this renter’s policy, you do not deserve a roof over your head unless you have taken an experimental injection,” said Chipiuk.

“Such a policy, utterly unthinkable two years ago, is now frighteningly announced with pride,” she added.

Chipiuk noted that the laws banning smoking indoors were discussed in “government housing.”

“This is not the same. These rental companies are taking the law into their own hands. If we allow this to happen, what will be next and who will find themselves without a place to live?” the lawyer asked.

In an article on The Lawyers Daily, landlord-tenant lawyer Caryma Sa’d explained why it is illegal for landlords to enforce vaccine passport mandates for tenants. Sa’d noted that refusing a potential client because of their vaccination status is discrimination.

Also, “landlords cannot simply make unilateral changes to the terms of the agreement, which would include imposing proof of vaccination as a condition of the tenancy.”

“This would prevent a landlord from attempting to evict a tenant based on vaccination status, unless it can be established that the tenant is substantially interfering with the reasonable enjoyment of others within the unit or otherwise causing serious problems at the residential complex because of their vaccination status,” the lawyer continued.

The president of the Canadian Federation of Apartment Associations John Dickie told the Canadian Press that it was “possible” for some landlords to follow Strategic Group’s lead and implement a vaccine passport mandate, but that was not likely to be “very widespread.”

So what do you guys think?

Weird that you can deny someone based on a personal healthcare choice that you can't legally ask about....(at least in the U.S. it's a HIPAA violation)

Weird that you can deny someone based on a personal healthcare choice that you can't legally ask about....(at least in the U.S. it's a HIPAA violation)

For what it worth, if this were in the US it wouldn't violate HIPAA, since an apartment owner isn't a covered entity under the statute.

I know next to nothing about tenancy law, and even less about Canadian tenancy laws, but it seems highly unlikely that they can evict current tenants who don't comply since those folks have a signed contract. Wonder if any lawyers out there can shed more light on this.

Interested to see if they can actually use non-vaccination as a grounds for application denial or if this turns more into a PR play.

Frightening and chilling. Canada has really lot less free of a country over the last twenty months. A friend of mine who lives in Canada wound up homeless and all the shelters in the area are now requiring proof of a vaccine to enter. He now has an apartment of his own but is hanging on by merely a thread. It is very difficult, if not impossible, for him to find a job. Really shocking how people can be so heartless. Definitely not "nice."

Frightening and chilling. Canada has really lot less free of a country over the last twenty months. A friend of mine who lives in Canada wound up homeless and all the shelters in the area are now requiring proof of a vaccine to enter. He now has an apartment of his own but is hanging on by merely a thread. It is very difficult, if not impossible, for him to find a job. Really shocking how people can be so heartless. Definitely not "nice." 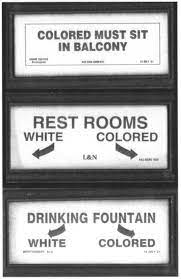 Canadians place a lot of importance on not murdering their elders and neighbours whether it is through passing on COVID or shootings on an everyday basis.

There is a lot of importance given to every life in Canada which does not seem as prevalent in the US (except for the unborn).

There are less than half the number of dead in all of Canada then there is just in one state ... Florida ....and the population of Canada is a lot more than FL.

Vaccination is fortunately not as much of a political football here and people actually understand science so I expect that there will be some very vocal people groaning but most people will welcome the chance to show their love for their elders and neighbours...

Canada definitely has a lot of warts (a la native Americans) but being pro life is definitely not one of our warts :-)

There are vaccine mandates at a few places including places of employment.  Alberta has had 5 waves of covid (the first was minor compared to the other four).  Still luckily covid rates per capita are ~1/3 that of the US.

Vaccines aren't working. In fact the areas with the highest vaccination rate are now experiencing more covid cases. Tons of my vaccinated friends caught covid afterward. The evidence is there but the brain washed are refusing to accept it. I won't ever ask my tenants if they are vaccinated.

@Robert Tinker out here saying nothing but the truth. the earlier "Canada is better than the U.S. because we care" comment screamed brain washed to me. Wild that we're supposed to be investors here, using logic and math but when the logic and math says the opposite of what the talking heads says, people bury their heads in the sand.
look at the numbers and look at logic. same in business as in life.

This is insane. I can't believe the amount of freedom that has been given up willingly in the past 2 years. That is 2 years, not "2 weeks to slow the spread."

The same people who claim to be for "civil liberties" are ready to see you kicked to the curb if you don't participate in this. The hypocrisy is astounding.

Also, this thread is likely to be locked soon. But still, keep in mind your essential liberty when trading it over for promises of security that appear to be lies and false hopes thus far.

The vaccine is not 100% effective or even close to that...too many unknown variables to trust any Government right now. This is a woke, feel good political play....nothing more...

I'm not really familiar with Canada but I would think you could not evict for not wanting to get a vaccination but are likely to not have your lease renewed.  On one hand I don't like this on a personal level and feel that it is none of the landlords business, but on the other it is their property and as long as it is applied equally then so be it.  This isn't the only housing provider and if you don't like it, they did a good job of screening themselves out for you and you know not to stay in their properties.  If you are in a market competing with them and don't have this invasive requirement than you have an advantage over them with some tenants while others may be drawn to them.  If they really care they would also require the flu vaccine, chicken pocks, DTAP, MMR, and the use of condoms for safer sex but we'll see where they draw the line.  This is most likely political posturing and makes them feel good, but we'll see if they fall victim like others have.  Get woke and go broke.