Hello everyone This is my first time Making a Discussion, and it pertains to the work involved to post bandit signs. I'm a new wholesaler in training and the methods makes sense but I want to make sure if I'm doing things right. I want to know whats the average number an individual can post bandit signs in a 2-3 hour window?               I want to gauge my performance I think my mind is being over zealous, since I'm new to this I already realized that I'll need help to distribute the signs since I made it home at four thirty in the morning. I told my mentor I will have have everything up no matter how late it is, sadly I was unable to keep my word. I believe I have an ample amount of signs which is good but, I'm limited to only myself. Anyway, please don't mistake the tone of this post, I want to figure out how to be efficient and smart. I'll eventually figure it out lol!

Bandit signs are illegal in Texas, but that doesn't stop people from putting them up. The enforcement people for the city of Houston get a wild hair about bandit signs every few weeks and step up removal efforts. And some neighborhood groups organize volunteers to remove them.

And the police can track you down and issue a ticket, but I don't know how zealous they are about that.

You post is interesting and presents an opportunity for learning and motivation. First, bandit signs are illegal in most states. Always check with the city or county before placing signs on public property. The term "bandit" is used for a reason.

Thank you for mentioning that you are working with a mentor and taking action.  To your credit, working on your planned marketing idea is excellent. Speak with your mentor about alternative marketing methods to find sellers.  Your marketing dollars can be spent legally and targeted to your chosen audience.

It is important to follow your own commands and you can forgive yourself whenever falling short. In this case, it may be a blessing that you did not complete posting signs.  As @Fred Heller pointed out, financial consequences are a real possibility.

Trial and error is a natural part of building a business. It is through persistence and determination to continue taking action that one succeeds.  Ask your mentor questions and continue to accept guidance. Those who have gone through a process and achieved a desired result are in an excellent position to help another person.  Remember to pay attention and trust your intuition.

All the best to your success!

Check with your local city because some cities in California charge as much as $100 per day for bandit signs if you get caught and they track it back to you. Most bandit signs have a local number that's a message. I've heard from the city it's difficult to track these. Keep in mind they won't be fining from dead grass anymore because of the drought and since REOs are dying and they can no longer go after the banks, bandit signs seem like an easy target. I'd be very cautious. 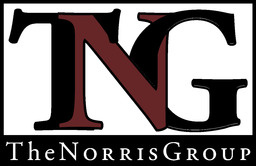 For the most part, the rules that govern "bandit signs" are issued at a local (city or county) level.  Most larger cities and towns have city ordinances that state that the signs cannot be used or a fine may be imposed.  Some smaller towns don't have specific rules about them.  Houston definitely does have well-defined sign ordinances.  Found this in a PDF doc re: Houston:

To place a sign on property upon which your business is not located requires both the permission of the land owner and a permit from The City of Houston. These must both be received prior to the erection of the sign.

You're paying someone to tell you to break the law.  Think about that, and then find a better way to spend the money you are giving your "mentor."

Everyone, thank you very much for your advice on the matter. This has been very helpful and I will consult with my mentor about this matter. I will look for other methods to find motivated sellers. :)

Great thread.  Good luck to you @Micah Franklin.    I'm new as well, and my intuition told me not to put up bandit signs because they can be traced back and may be frowned upon.  Thanks so much to all those who replied to Micah because this helped me as well.

I am in no way discouraging from the posting of bandit signs but this was my experience.

It would have been a lot better to pay someone to do it, but the cost would have added up.

We put them (150+) up on a friday and by Monday they were mostly gone.

We ended up putting more for about a couple months.

We generated some activity, but not much. Around 20 calls mostly from wholesalers.

All it would have taken was one deal for it to have been worth it.

@Dev Horn Thanks for that piece on Houston. I thought perhaps you could place on private property if owned or with permission...but it looks like you would have to jump through hoops with the city.

I don't strategically place them, I use postcards and yellow letters strategically.  The bandit signs are my shotgun approach marketing tool.