I have seen some post shading wholesalers and want to know What exactly the issue is if you get permission from the property owner and technically under contract as the home owner.

You're never going to find a consensus of the legality of wholesaling. Not on this website anyway. Regardless of anyone's opinion on that, I think most can agree the wrong way to do it is to tie up a seller's property for a lengthy inspection period, have no ability or intent to close, and putting weasel clauses in the contract to absolve yourself of any liability. Unfortunately this way is often taught by parasitic gurus and put into practice by their victims. I mean "students". 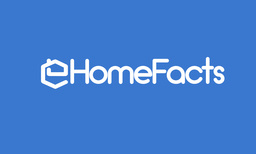 Laws vary from state to state. From what I understand, Illinois just made a new law allowing you to do one deal per year without a license. So it’s always good to get the lowdown for your state from those doing it in your state and perhaps a lawyer.

I think there are a few issues.

Wholesaling has a very low bar to get started. As such, it attracts many who are uneducated in the process at best, or down right unethical at worst.

Wholesalers work with distressed owners to get deeply discounted properties. Those who are disreputable may truly be taking advantage of someone who doesn’t know what they’re doing. A good wholesaler would truly try to help the person, letting them know when their best option is to list with a realtor. However, when a good wholesaler finds a truly good deal from a motivated seller who truly wants to trade time and effort for money, they’re doing nothing different than a landlord or a rehabbed would do under the same situation.

And let’s be honest. An agent who might very well work harder and get paid less is likely going to be rather irritated with the wholesaler who appears to have done very little for more money. Of course I say “appears” because they’re not taking into account all of the hard work and/or money that goes into marketing.

I've also heard many investors online and in person at REIA meetings in my area say how invaluable wholesalers are. They say there's no way they could keep their property pipeline going without them.

How about contingencies. I hear people say they are slimy escape clauses for people who have no ability to actually close the deal. Yeah, this is possible, but who doesn’t have contingencies in their contracts. If I’m entering into a contract, and there’s the potential to discover something either known or not known to the seller that would make me lose my shirt, I want and should have a way to back out.

Ok so it's not so much the act but more so the way business is conducted in a selfish sleazy way. So it's ok to do so just treat people with respect be there Advil to their headache instead of becoming a headache

Also in some aspects they just want to get rid of the properties that held on for so long or losing the home and want to make something off it quickly before they lose it all together sometimes there is not a market for that home.

In every frame of business someone is done wrong I don't agree with it but it's a business.

As far as Florida law I have e to look into that. That k you for input

And, yes, motivated sellers are motivated for any number of reasons, and the sometimes want to trade their equity for speed and/or simplicity.  How about the child who inherits their parent's house?  It has equity, but there are mortgage payments, significant repairs needed, etc.  I know if I were in that boat I'd sell to an investor who would take it as is as quickly as possible.  And I would not feel like I was taken advantage of.

I don't think wholesaling, when done as it should, has a winner and a loser.  I think it should come out as a win-win situation.

In the state of ILLINOIS it is illegal for you and our your entities to wholesale more than one property per year. Two or more you must be a licensed realtor.