Sure. A syndication requires a Private Placement Memorandum which costs about $15,000, SEC compliance, accredited investors, and an investor who has the networth of the amount to be borrowed at the bank.

A Joint Venture can be anything from two guys who have two dollars and up. No requirement for a Private Placement Memorandum, no need for SEC compliance, no accredited investors and is usually privately funded not using a bank. An attorney can write one up fairly inexpensively.

Depends. Normally I use my LLC as the entity of choice in a Jont Venture and most lenders won't lend to a LLC. I haven't tried because I do creative financing and I self fund. But, if your LLC is seasoned enough, some lenders will actually lend to the LLC. If you personally are the entity in the Joint Venture, it depends on your credit and debt to income ratio like any other loan. By the way, I'd check with a mortgage broker and credit unions. They are better for lending.

Different people have different definitions for these two terms.

My definition is that a syndication involves and active partner, and inactive or passive partner(s). A joint venture is a partnership for a specific deal usually for a limited time in which both partners are “active” participants.

The definition of active vs passive when used in this connections is not what the general public would think, it relates more to the right to make decisions rather than an amount of time or effort.

So, any security or investment sale must be registered with the SEC, or be exempt from registration.

However, utilizing the general exemption has some negatives, especially as it relates to risk for the issuer. First, when utilizing the general exemption the issuer has no statutory defense and no definitive defense if sued by a disgruntled investor. This means that his defensive will have to depend on contract law, state or Federal. Local judges have been known to expand the “rights” of disgruntled investors, and every representation, promise, forecast, etc that the issuer used to attract investment will be scrutinized, challenged and torn apart by the plaintiffs attorney in an effort to give a judge and or jury a reason to find for his client.

In addition, when utilizing the general exemption, one never knows if the SEC will sometime in the future decide that the issuer did not satisfactory comply and as a result declare that registration should have been completed, with huge fines and penalties a real possibility.

To comply with the safe harbor Reg D requires the production and distribution of a Private Placement Memorandum that meets specific SEC requirements; the filing of a Form D notice with the SEC, and compliance with filing in individual states where investors in the offering reside.

In 2011, the SEC as directed by Congress in the JOBS act of 2008, created Reg D 506c, a section that allows for general solicitation and advertising of securities in a private placement, especially the offering of securities in online platforms or websites. This has opened a whole new world for the raising of capital efficiently. Previously, offering securities publicly required registration of the offering with the SEC; which took a minimum of 4 months and a minimum of $250,000 in legal and regulatory fees. Nearly the same thing can now be accomplished (the exemption is limited to accredited investors while the registration is not, however almost all investors of any significant size are accredited) for about $10,000 with the safe harbor Reg D 506(c) offering.

Hi @Dovi Zagelbaum . You got some great advice above.

I'm not an attorney but one of our attorneys said that, in general, deals under approximately half a million dollars can be joint ventures rather than syndications. I doubt the SEC has defined it this way, but she said that's a general principle she follows. I'd recommend a simple JV when you can. 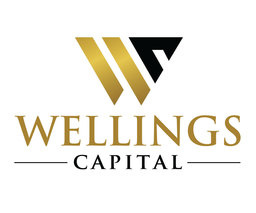