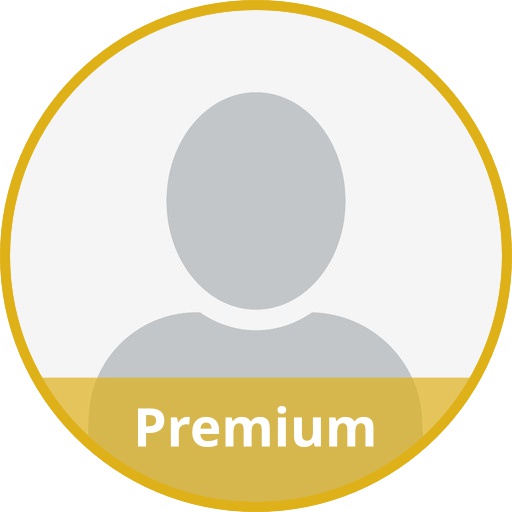 We Are All Detroit

Do you think the damage from the pending bankruptcy of the city of Detroit will be limited to Detroit? Think again. Detroit is partly the victim of economic trends far beyond its control, the downsizing and outsourcing of the auto industry and the collapse of the sub-prime bubble, to name just two. And yes, the city has suffered from corrupt and inept local government. But leaving Detroit to a bankruptcy process that favors investment bankers over local pensioners will neither provide a fair outcome nor contain the damage. It is a travesty that the federal government and the Michigan state government are not sending Detroit a lifeline. Other cities and states stand to lose both public services and pension benefits as this trend spreads. Chicago, which just suffered three levels of bond-downgrading, looks to be next.

Co-founder and co-editor, 'The American Prospec

I say that's too damn bad for them.  Lets not forget that all those pensioners belonged to the unions.  The union backed those very same politicians that screwed them.

The person who thought of public pensions should be hung in the town square.

I couldn't disagree more with this.  The taxpayer bailed out the auto companies and now you want them to bail out the very folks who contributed to the auto company problems?  That's a very hard sell as far as I'm concerned.  You might be more successful with some liberal democrats.  I will point out that we've been here before.  Do you remember the oil business collapsing back in the 80s?  No one was bailing out Houston or Denver, victims of the oil crisis at that time.  How about when New York City went broke back in the 70s?  Should the government raise taxes on the rest of the country to pay for the extra money spent on Detroit?  Well, you know my opinion.

@Al Neal all politics aside, ultimately the issue is the residents and their lack of holding themselves accountable. They chose to depend on others to protect their best interests, but failed to boot the same people out when they failed. If they did boot them, they chose an option that was worse than what they had originally.

So by continuing to rely on unions to protect them, the people ran business out of Detroit.  Just by shear cost in the pensions, the people so desired to retain without genuinely earning. They then traded the unions for politicians. Who in turned ran off more businesses through taxation. Then followed people who would generate new businesses by increased taxation on incomes. So this leaves Detroit with only those who are too poor to correct the situation.

Too prove my point, Detroit is so desperate for funds they are turning off water to those unable to pay, until they actually pay. And I agree with your assessment as Chicago being next. Just pay attention to what the teachers Union just did a couple of years. They protested to get a large raise on substandard work performances, along with secured pensions!

Whilst it's interesting to talk about who caused the bankruptcy (and I really do mean interesting), it's also mostly academic. And whilst I think fairness is important, the world is not a fair place as everyone knows.

What is probably worth discussing is what are the repercussions of various outcomes of the Detroit bankruptcy. People don't die from bankruptcies and nor do cities. There have been a number of municipal bankruptcies in the US. Those places have (sometimes) made a comeback.

Detroit will emerge from this bankruptcy with less debt, better services, but will almost certainly screw over a generation of people who have made the city their home. They will leave in search of better places and ultimately the city needs to shrink.

I do have lots of opinions about this, but I'm also an relatively newcomer to the area, so I don't claim to understand everything or the history.

I may be late to the party, but feel a need to weigh in on some key points:

1) A portion of Detroit's deficit can be attributed to changes in the state's municipal funding system, changes which victimized urban and fully developed areas and rewarded small towns and open areas.  When the state ran into their own financial issues, they chose to cut local revenue sharing (meant to replace other money lost in another tax change).  That change alone meant $200 million less for Detroit.

2) The real estate collapse hit Detroit worse than just about anywhere else.  Tax revenues plummeted.  Then, thanks to certain unique aspects of Michigan law, residential taxes did not bounce back when prices bounced back up.  It will be 2028 before taxable valuations are at 2008 levels.

3) After Detroit was having problems, bonding interest went up.  Creditors received a lot more interest due to a higher perceived risk of default.  Then, when a default occurs, they want to be made completely whole.

4) Pension and retiree health care costs did go up, and I'll bet they did where you live, too.  Detroit can be blamed for not doing more about this.

5) Detroit's population drop started in the early sixties. It has continued since then.  Part of that was not Detroit's fault.  Freeways were built, so people could move to the suburbs.  See also Cleveland and other big cities which are not as big.

6) Yes, there has been corruption, but the actual economic impact of that is insignificant compared to the items above.

7) When the Emergency Manager came in, he realized the problems could not be fixed with the debt load.  If it was as simple as cutting pensions and not being corrupt, well, he did that.  But it was not near enough.   He still took Detroit into bankruptcy.

8) Pensions will be cut (see 4 above), but many of those people do not still live in Detroit, so the actual impact on residents is not as much as you think.

9) Detroit comes out of bankruptcy shedding a crippling debt load.  You can't pay for police and fire when 40% of reduced finances go to pay debt each year.

I am optimistic that Detroit will do better coming out of bankruptcy.  Long term, there needs to be changes to municipal funding in Michigan or Detroit will be joined by plenty of other cities in fiscal disaster.

This is an interesting thread indeed, @al

@Alvin Neal  undefined.  Ultimately, I will have to disagree.  I was born in the socialist paradise of the Soviet Union.  Detroit, Chicago, and liberalism in general look toward social justice as their salvation guiding principal - social justice doesn't work.  We know this now.  It has been showcased a number of times.  America is the only place on earth where investment, wealth, individual achievement is valued above social justice, and America is still around...

I've written on this blog about inequality and the problems it represents.  Having said this, I am not able to follow you down the slippery slope.  Bailing bankers, who are in charge of the fractional reserve which is going to lead us to a re-set, is just as bad as bailing auto, which hasn't made anything decent in ages.  Still, when I don't have money, I get another gig, and I stop spending.  Novice concept...

I appreciate this discussion, Al!


Whilst it's interesting to talk about who caused the bankruptcy (and I really do mean interesting), it's also mostly academic. And whilst I think fairness is important, the world is not a fair place as everyone knows.

What is probably worth discussing is what are the repercussions of various outcomes of the Detroit bankruptcy. People don't die from bankruptcies and nor do cities. There have been a number of municipal bankruptcies in the US. Those places have (sometimes) made a comeback.

Detroit will emerge from this bankruptcy with less debt, better services, but will almost certainly screw over a generation of people who have made the city their home. They will leave in search of better places and ultimately the city needs to shrink.

I do have lots of opinions about this, but I'm also an relatively newcomer to the area, so I don't claim to understand everything or the history.

Although I agree that part of the problem is the blocks with many empty lots, how do you really shrink the city without walling off part of it and kicking people out of their homes in those areas?

@Ben When you have less money, you cut spending. So do I. But for a local governmental, there are certain things you can't cut. Police, fire, ambulances, lights. Detroit already cut these things below acceptable levels. Whatever else is left to cut is not going to change anything.

@John Knappmann  great question. Unfortunately I think you also answered your own question. It's terrible to force people to leave properties that they've been in for years to go somewhere else.  However, if the alternative is relatively cheap rebuilt homes (made by investors and perhaps partially funded by govt) or maybe even higher density housing in a more centralized manner, then more services can be provided cheaper.

We'll I do believe the city is shrinking.

Most of the empty foreclosures, sit and rot until they are condemned and torn down. Left is an empty lot no one wants to build on.  Until there are jobs and prosperity those lots will sit empty and the neighborhood will continue to shrink.

Detriot caused all of it's own problems. For some God awful reason the politicians in Detriot thought that they auto industry money would flow forever. Like several posters stated before me, the unions screwed that up. The unions are the cause of all manufacturing jobs leaving the states. Seriously, how can you compete with labor overseas when you have to pay one guy in a Ford factory $90 to put on a left tire or screw a lightbulb in a headlight. I think at a time in America's history unions were an absoulute neccessisty for as of 2014, they do a better job at shakedowns than the mafia. I can't believe people still join these relics of the 20th century. You're basically digging your own grave every month you pay a union due. Your job will be in Indonesia or Bangledesh soon enough.