I was doing the driving for dollars and came across a house with long grass and boards over the windows. Perfect! So I write down the address and look it up find it is some out of state owner. I send him a letter expecting absolutely nothing in return, but I was wrong, he called me back 3 days later!

So the short story is the guy owes a bunch of cash to the bank, but the bank has never foreclosed in over 7 years, but years ago they came out and took possession of the property, but still never foreclosed. He said their lock is on there, but he never gave them permission or authorized for them to do any of this. He now owes back taxes on it addition to what he owes the bank. He is very sick and doesn't have a long time to live and has simply stopped responding to all letters and calls. The bank has offered him a buy out of way less than he owes a couple of times, but he isn't interested. He has no heirs and nobody to administer his estate once he is gone. He even said on the phone to me he didn't even know why he was responding to my letter.

Honestly, I have no idea what to do next. I never expected to get this far and never thought the issues would be this complex. Here are the questions I have:

1. Why wouldn't the bank foreclose after all this time?

2. Why wouldn't the bank step in and pay the taxes to protect their position?

3. Would I be able to just pay the taxes and be in first position and take the house for the cost of bringing the taxes current?

4. What do I need from him to even have the county tax assessor and bank talk to me so I can figure out what can be done, if anything?

Basically, I would like to help this guy out if I can, but it sounds like the house is in bad shape inside and will need pretty heavy work to rehab so I would never want to pay more than what is owed in taxes, which is about 3K or so. I just don't know enough to know if I should just walk away or not. He said in the past other investors called him, but apparently just walked away when they started digging in and never called him back. I am guessing that is a clue that this is simply too big of a problem to solve, but I would still love some opinions on what to do next.

My thought is this *could* be an awesome deal nobody else will touch if I can solve an obvious pile of very complex issues OR, and probably more likely, this is simply too complex of an issue and I will not be able to do what nobody else was able to do. 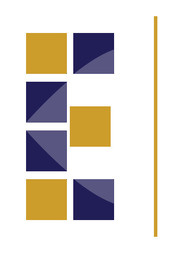