Self Storage- Caught you!!!

Had some break ins 3 weeks in a row about 2 months ago. Was once trying to get into storage units and twice going thru our RV and vehicle parking. I actually dislike RV and vehicle parking because they are so easy to break into, hard to see they are broken into versus storage units, and due to the tall height of vehicles it is hard for cameras to get a picture or for the night lights to shine between.

How bad do I dislike thieves. After the third weekend, took my shotgun and sat at that location and watched the cameras in the office all night for 5 days. They never came back. They were cutting through the chain link fence at the back where the cameras and lights don’t cover. Also parking somewhere farther away and walking in.

Asked my Security guy what he had we could try next.

Keep in mind, cameras are only after the fact and since they didn’t drive up with a car and were totally covered in the pictures, couldn’t do anything. Our new camera and system does have some Warning features, but we never got them dialed in, to where I wanted to be called/texted and woken up. Matter of fact our cameras, we can even talk through them from our phones. We tried one feature. You can draw a line on the Camera view. If something breaks that line in the picture, you can have it do whatever you want; alarm, phone call, text, warning lights etc. We never could dial it in, so we did not use that function. Our latest cameras have motion sensor, so we could have them call us.

We just installed an infrared Beam system, that I am very happy with. Costs a lot of money, but I don’t have to stay awake and I will get a phone call at night if the beam is broken. Lost 3 customers, so I don’t care on the cost. Plus with the internet talk forums, you have to nail, your location is secure. Will be putting these in at all of our Fenced properties. Has two sets of beams about 2 inches apart at the top and two more down at the bottom. These two groups are about a foot apart. All 4 beams have to be broken to set the alarm off. Thus depending on height, raccoons and cats won’t set it off. Birds flying though won’t either. You can set the time for the alarm, which we did 11pm to 7am.

Had an alarm phone call on Saturday at 4am. Got there pretty quickly, dressing, shoes, get the shotgun, driving two miles. But they were there only 7 minutes and gone by the time I got there. They had cut the fence on the back side of the property.

Sunday at 11:30 pm get an alarm call. This time I’m awake already. Faster to dress. Faster to drive. Drive straight to the spot. Saw their truck. “Feared for my life”. Shot the driver side tires out. Shot the engine. Shot the radiator. So they couldn’t leave. Used Bird Shot. Called the Sheriff. Went back to the front gate and unlocked it so the Sheriff could drive straight in. Then went back around to the field and watched to see if they came out.

Had about 10 law enforcement. K9 dog. Drone. The dog hit on one RV but it was locked. Gave them the owners number. But the owner was out of the state with the key. They didn’t want to break in, so didn’t get in. They left. So I put some duct tape across the doors, just to see if they came out. There is snow on the outside of the fence, so I could tell they had not left the premises. Stayed the rest of the night watching in my truck but they never came out.

Today, I saw another RV’s door open. They were hiding in a different RV. The Law Enforcement searched the whole property, but did not find them.

Took some desserts into the Sheriffs department today, plus a raw steak for the dog. A Deputy came out and said they got the culprits. There were papers in the truck with their names. They had sent the older brother to jail before for theft. Went to their house Early monday morning after they left our storage. The Girl friend let them enter. They found a lot of stolen material. They went back the next day and arrested them. Guess that’s an easy way to get rid of a boyfriend you don’t want.

These beams work great in open areas or where there won’t be weeds or parking. At this spot we have 4 storage buildings. We put a beam across the back of the buildings also. These beams can be turned on 180 degree arc. Thus you could stick it on a building and turn both of them at 90 degrees facing each other. To get better coverage, we put on one of our buildings, then we put a post away from the buildings towards the back. 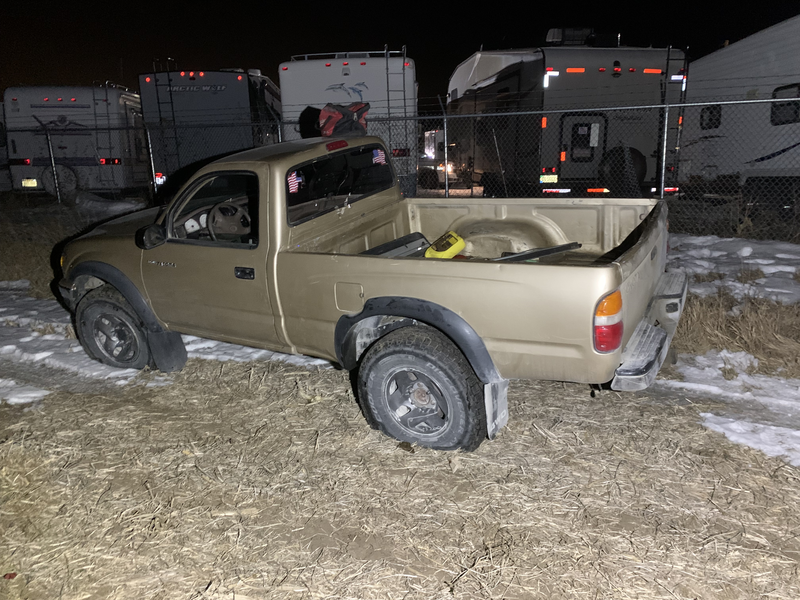 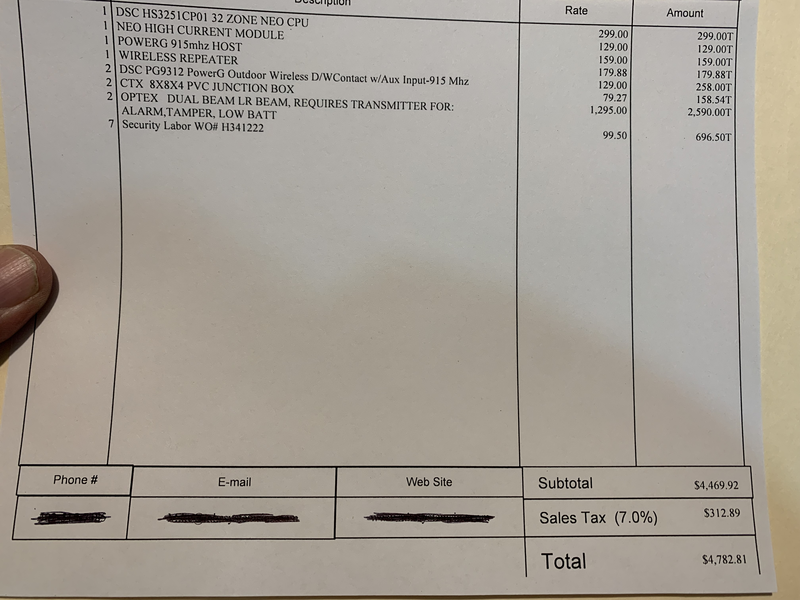 This is for two sets of beams. It's expensive, but it can cover 350 feet of space. So, we have two separate sections covering around 280 and the other one 260 feet on the back side. And you get to nail them in the act. 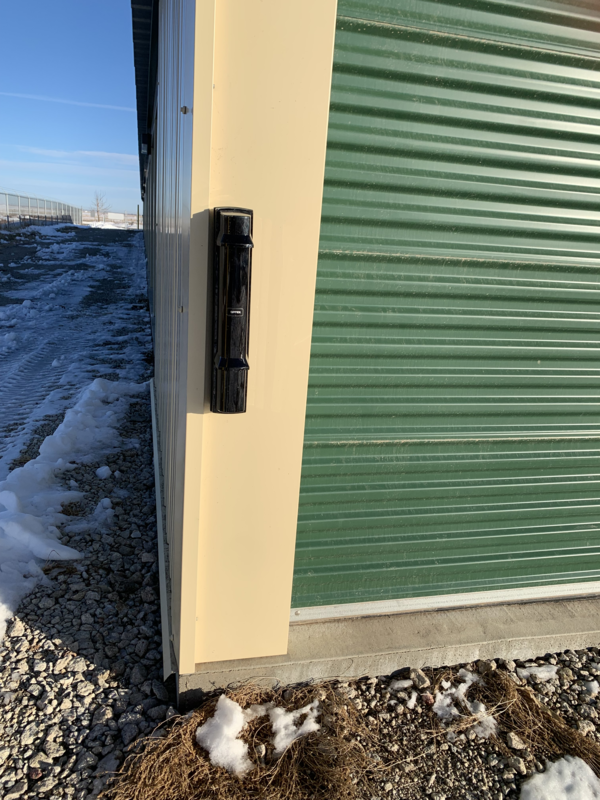