Hi I’m new to this and this might be Stupid question but can anyone explain to me how this to options work.(hard lender or private lender)

I heard something like 70%-30% is that aver you sell or how. I’m trying to start with the property rental strategy, but I’m stuck.

A private lender is an individual investor who lends his/her own money and does not charge any points/origination fees. A hard money lender is a private lending company that charges points and may get their funds from investors

@Jorge Martinez yeah, sometimes a hard money lender (HML) IS a private lender. Sometimes a HML is just some dude (or dudette) who is lending their own money. We say "private lender" because that is someone that we would cultivate ourselves that might have money in their bank that isn't doing anything. So we tell them we will pay them interest better than what they receive, but lower than hard money. I guess private lending could take some other forms as well but generally speaking they are harder to find but better for us. HML is generally found everywhere but there are differences between those lenders as well. Anyway, hope this helps in some way.

@Andrew Postell it did Thank You! Do you know about how much interest would a lender want in return? or does that depend who I will be working with?

@Jorge Martinez generally speaking, this is where you are telling the private person what rates you will give them in return.  So when I speak with someone I give them a choice (usually) - 6% with me making payments or 8% with no monthly payments.  Usually they choose the higher rate which is great for me because I have no payments.  But read up on what other people are doing because you'll also want to negotiate the term (length) of the loan, how to work the note, etc.

@Andrew Postell Thank you sir, your been a great help!

You don't want to go hard money because hard money normally comes at a rate of around 12 percent. It can be as low as about 8 not much lower than that where obviously if you get a loan from a conventional lender you can drop down to two three four five six percent depending on where the market is at the time. So obviously between cash or hard money and institutional funding or lending from a bank, it's going to be better to go with the bank. There are certain requirements that you're going to miss out on if you do. Go with a bank and that is they're going to limit the number of properties you can buy. Whether it's 4 or ten, not only are they going to limit the number of properties you can buy, it's going to be suspect based on the current market conditions.

Let me explain what I mean by that right now. Because the market's climbing so rapidly, if there's what they call a buyer’s or a lender strike right now the buyers are striking they're not buying because the market is too high for them and so the pace of the buyers has slowed to around 32 where it should be higher in the 60s. Buyer sentiment right now is way low okay so there are fewer buyers out there that are willing to buy.

Secondly, I have a friend of mine or a buddy of mine that just recently went out to get a loan and he was denied. The reason he was denied is that he went out for a fannie mae freddie mac loan he had a property that was an older home and they classified it as unique they couldn't get a good enough comp on the property and fannie mae freddie mac loan they were going to put in place denying him in this case.

It was going to be used as a business like an Airbnb type product could be used as a business zone is residential they were thinking it was potential for Airbnb status and it was also classified as unique because it was an older home built in like the early 1900s right so those three strikes put them out if it was a strong healthy market those lenders would have financed him also they're going to look at his job and how much cash he has going into the deal and so right now lenders are pulling back they're looking for only very qualified buyers because they know that there's going to be a market correction in the future. So you either have to have a really strong down a great job that isn't going there anywhere in the recession and you are an extremely qualified buyer and you're purchasing a home that's in a really super-duper area that's a little over exaggerated but at the end of the day, the goal of the lender's right now is to slow the pace of the market down by restricting lending and putting the money on the sideline. They don't want to go into assets at the end of the day that they believe can end up in default.

So there are two things that are also happening in the market right now. The lenders are getting money to lend but they're choosing to sit on it the other thing is I saw an article just recently come out on dr Horton where they've slowed their build and the reason they slowed their building process is that economically they can see some hardwoods in the near future and so they're cutting back on the number of houses that they're putting out to market. Based on seeing the inventories go too high and with the foreclosures that are going to come in and start to compete as they start to release about 20 months of shadow inventory back out onto the markets across the nation. 20 months of shadow inventory is no small number by any stretch of the imagination you're going to see a large number of houses that end up going to the foreclosure sale and you're going to see a correction in the market that will be devastating as far as the loan you were talking about a 70, 30.

It's common to get an 80 20 loan a 70 30 loan could be possible they're just specifically wanting you to go in with more money down on the deal. 30 percent down puts them at less risk and frankly more risk. What I can say is this: when you look at the amount of money that you want to put down right now your goal is to put as little down as you can on the house right now. If you can get someone to give you a hundred percent financing take it all day long if your goal is to go into debt I don't go into debt it's not what I do I have equity share partners that I deal with so for me that's a bad word but if you're going to go into debt make sure you put all the risk on the bank so you want 100 financings that way the risk is on them if you default down the road because the market falls so far that you can't carry the asset any longer if you put 30 percent down.

Now your cash 30 percent of it is at risk and that's like a no way don't do it because the market's gonna fall and when it falls if you can't cash flow or you can't make that payment you're gonna default and you're gonna lose 30 percent of your margin or your value because you put that cash that cold hard cash into a deal so right now you want as little money as possible into a deal. Let me just sidestep on that again I had a client who wanted to buy a house for around 600 grand and I said don't do it you're on the high side of the market the market's gonna collapse he said well my wife really wants his home she loves it and we have all these reasons why we think it's going to make all this money which is very common for people to believe.

Because they believe that in the market it's going to make a lot of sense and they have this great plan that they're going to see go through and make it right and so you can't convince them otherwise they're emotionally tied to this home it's the one they've looked at wanted all their life those types of arguments or scenarios.

What I did is I said well if you're going to buy the asset or the home in the attic said there was a potential that the person would own or carry that's really where you'd want to go with that. One if your wife is dead set on buying that home at the height of the market at a value that won't sustain us the market corrects down and it's going to put your family at risk. Because of its value and all of the reasons they have overcome that then to save their soul their financials so that is just token but you know what I mean is to go in and put that owner under a lease with an option to buy in other words hand them very little cash down and have them carry the majority of the deal. So if the market corrects back falls her plan goes away and she can't do what she thought she was going to do. The market's not there for it and the dream fails or collapses then you're in a position where you're handing the risk or the asset back to the original homeowner because you got them to carry with a little dam.

It's the same thing with the bank in a market that's as critical or risky as this one is unless you really have an iron-clad solid job that's not going to go anywhere and you have a recession-proof business that will withstand a deep market cycle you better make sure that you get the other guy i.e the bank or the person selling you the home to carry that note and you want to come in with as little cash as you possibly can down. 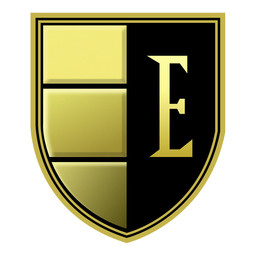 Jorge, the answer I just posted is from our Real Estate Investing Coach Craig Brooksby.