@James Wise I literally just added language to the plumbing clause of my lease after seeing those pics.

That's cool & all but just remember the folks that create these situations aren't the folks who are going to read through the lease.

@James Wise My concern wasn't if they could read it in the lease they wouldn't do it because - let's be honest - you shouldn't need to read a clause in a lease to exercise common sense.  But you do need such a clause to convince a tenant-friendly judge that you are entitled to charge them based on your signed contract.


Pay throughout the month, lol. Been there. That one is a classic. Keep up the good work Jennifer.


We must share tenants. I had #1 happen a few months ago. Like great, so I can spend $2k trashing this place out, what an awesome trade-off. #3 happened just last week when we took over a distressed property. I introduce him to his written MTM lease. Tenant says, "I see I'm supposed to pay by the first, but just to let you know [as if this is negotiable], I would just pay throughout the month and the owner would come by and pick up what I could give him at that time each week." Yea, that's not happening.

Here's another one from a distressed takeover: 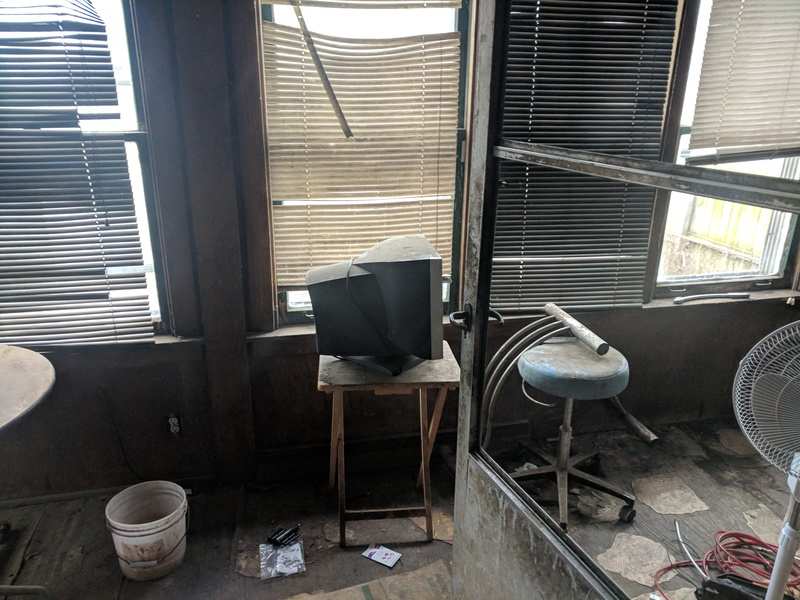 Notice of Non-renewal immediately issued upon taking over (inherited tenant), as the rest of the unit was just as nasty as this rear porch. Tenant is LIVID. "You had better give me back my deposit AND reimburse me for these blinds I had to buy. They're custom so its not like I can just take them with."

@Matthew Olszak Those are custom blinds ! Where does a guy get a set like that ? I had a tenant text me that the window will not stay in the house it keeps falling out ! I’m like what ! Those are newer vinyl windows ! then later I realized what he meant -that it was just a screen he pushed out trying to force a giant fan in the window frame ! Good thing it’s 35 dangerous feet off the ground to put back in . Another time a tenant texts me the roof has fallen in . I’m like “ what! It’s got a newer roof on it!” RUSH over ..Turns out it was some loose plaster in the entry that fell down ( when they moved a frIdge) and I swept it up with a dustpan and spackled the ceiling. These people will give you a heartache because they are so dumb
Log in or sign up to reply

Tenant to Judge: I read online that he can't evict me because the unit is not suitable to live in and I used to pay the water bill.

Judge: Did you consult an actual lawyer?

Me: Trying not to laugh

Judge to Tenant: You have five days to move out for non-payment of rent.