Hey BP! I am just getting started in both the real estate and BP worlds -- I love the fact that, as owners, we have the ability to pull on different cost-levers to increase the performance of our properties! I have a goal to increase my cashflow by 25% without raising rents... here's my progress and how I'm doing it. Would love to hear other ideas & feedback. Let's help each other increase the performance of our portfolio's!

Updated over 2 years ago

Whoops, property mangement... its a 10% fee, but this represents a ~35% increase to cashflow. Just by doing the garbage conversion, the storage option, & the property mgmt change, I can increase my cashflow by nearly 60%! I know this may seem like small potatoes to some, but when you're starting out like me, it makes all the difference!

@Eric Bunratty -  I always start by doing the following

Billing back for all utilties, including water.  Sometimes I just do a $35-$50 flat fee for the water/sewer.  Other times I'll go through the accounting headache of doing a RUBS billback.  Just make sure to check your local laws and be aware that you're NOT allowed to make money on utilities.

I always charge rent for garage spaces. $50/month per space. 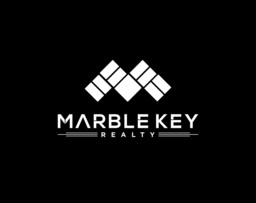 @Michael Ablan I like the flat fee for the water sewer. In my discussions (offline) about a fee for water and transferring the garbage cost to the tenants, I have had a lot of responses telling me to simply just raise the rent:

Maybe this is a trivial question -- but I think that there is a psychological benefit to split out the costs instead of raising the rent. Does anyone have thoughts on that? It seems like being able to advertise the unit at a lower cost would have a positive result.

Those all look pretty good.  I didn't even think about adding storage.  That is a great way to increase cash flow.

As for utilities.  I have seen some advertise as the tenant pays utilities, while others mention in the ad the rent includes utilities.  One thing to keep in mind is how your rent compares to others nearby.  If the owners down the street pay all utilities and the rent is cheaper people may not go along with it.  But sometimes you can get away with it for having a nicer looking place to rent or if rentals in the area are slim pickings.  You will know pretty fast if it doesn't go very well and I am sure you will get some feedback from the tenants.

The last place I rented at about 6 years ago charged all tenants for the water equally.  Granted there were 178 units so it wasn't a huge cost.  I think an extra 35 dollars a month.  Even with the water/sewer charges they only had 2 people move.  But they had excellent property management and the properties were well taken care of.

@Brent Paul yeah, the property has a decently big side/backyard that was perfect for some bigger storage areas -- I am surprised at how much stuff people accumulate! Good call on the utilities, I'm sure the feedback will come fast from the tenants and I will learn what works/doesn't. Thanks for the response!

Hey BP! I am just getting started in both the real estate and BP worlds -- I love the fact that, as owners, we have the ability to pull on different cost-levers to increase the performance of our properties! I have a goal to increase my cashflow by 25% without raising rents... here's my progress and how I'm doing it. Would love to hear other ideas & feedback. Let's help each other increase the performance of our portfolio's!

Important to note that many cities have restrictions for RV storage and signage. If your property isn't in a commercial district I would image both of those are going to be a non starter.

@Michael Ablan I like the flat fee for the water sewer. In my discussions (offline) about a fee for water and transferring the garbage cost to the tenants, I have had a lot of responses telling me to simply just raise the rent:

Maybe this is a trivial question -- but I think that there is a psychological benefit to split out the costs instead of raising the rent. Does anyone have thoughts on that? It seems like being able to advertise the unit at a lower cost would have a positive result.

In recent years the hospitality industry has opted to split out costs to their guests by the use of "resort fees".  Wi-Fi, gym access, daily newspaper etc. that at one time were included in the base room rates are now viewed as upgrades that can be charged without increasing the advertised room fee.

Originally posted by @Eric Bunratty :
> If it is, any upgrades that would noticeably decrease a water bill?

Disclaimers: I am not a professional plumber.  I am not affiliated with any companies mentioned.

How old is the property?  If it dates from before the late 80s or so, and the bathrooms haven't been upgraded, you might be rocking 5-gallon-per-flush toilets.  The next step was 3.2-gallon, then 1.6-gallon, and now 1.0-gallon.  Somewhere around the 3.2-gallon-per-flush era, it also became a requirement that the flush size was marked on the toilet - usually it's right behind the seat bolt holes, where you can see it by looking down at the toilet with the lid closed, but it might be stamped inside the tank.  If it's not marked at all, measure the tank and bust out some geometry to figure it out.

If you still have 3.2 or 5.0 gallon toilets, you might consider swapping out for 1.6 gallon ones.  I have had two American Standard 1.6 gallon toilets in my residence for 10+ years now, and they seem to work OK.  It probably helps to buy a notch or two up from the $99 toilet that the big-box store has a million of.  You might consider one of the soft-close lids to help sell it as an upgrade.  If any of your tenants are, uh, mature and experienced, and you think they might stay there for a while, you might also consider a toilet with a higher seat height - they're a little easier for people to get up from.

I personally wouldn't install a 1.0 gallon toilet - they come with a warning that you can't install them where that toilet is the only thing happening (think a small commercial storefront or similar), because they need the extra water flow from a tub/shower drain to actually move all the poop through the pipes.

If the toilets are all recent enough to be 1.6 gallon, how about the valves inside them?  If the tenants don't pay the water bill, they might not tell you when the toilet runs all the time.  New flush valves (the flapper in the bottom) are cheap, and most big-box stores have a pack of 4 or 6 of them for a little bit of a discount.  The Fluidmaster ones have worked the best for me - and when one didn't work after a year or so, they actually made good on their warranty.

If they still have ballcock fill valves, replace them with Fluidmaster 400A fill valves for less maintenance hassle.  Replace the rubber valve washer in them every 5 or 10 years or so and that's it.  I have also seen, but not used, replacement fill valves that give you two sizes of flush - a couple of quarts for light work, or the whole tank for bigger jobs.  I've looked at them in the store and concluded they had a lot of moving parts, so I'm not sure how much I would trust one in a rental.

Shower heads are also available in lower-flow versions.  Since some time between 1990 and 2010, they are also required to be marked with their flow rate, so you might be able to tell what you have now.  On mine, from 2009, it's molded into the black plastic of the shower head, so you need a good light to see it.  If you can't find a marking, and you really want to know, use a bucket and a stopwatch.

A couple of things to look out for: some of the low-flow heads don't give you a very strong spray.  You might buy one and try it at your residence before buying a bunch for your rental units.  Mine is a Delta, 2.5 gallons per minute, and it does reasonably well.  Also, sometimes the low-flow part is implemented by a small nozzle/restrictor that goes into the back of the shower head as a separate piece; a few tenants might be clever enough to unscrew the shower head, take that part out, and screw the head back on.

If they don't already have these, you might "sell" this as an upgrade by installing the kind that have a flexible hose (so you can hold the shower head in your hand) and a bar that the shower head can be hung on at different heights.  These require a little more maintenance than a fixed shower head, though - eventually the hose leaks, and sometimes little kids might try to swing from the loop of the hose.  Or, get the fixed kind that are like 4"-6" diameter, like some hotels have.

Is there an outside hose bibb?  There probably has to be at least one, per building code.  Maybe the tenants like putting up a sprinkler or filling up a kiddie pool for their kids (or pets?) in the summer, so you might not want to shut that down.  If those things don't happen, you might consider installing the kind of valve that takes a four-sided key to open.  Again, some tenants might figure out how to fake it with a pair of pliers, or go buy the key at the hardware store themselves, but it's an option.

@Matt R. you are the man! So actually, I was doing some work in one of the units and I noticed the toilet was using a TON of water. The guy helping me also found it strange that the tank had so much water in it, we tried adjusting it to fill less but couldn't figure it out. We were in a time crunch, so I made a mental note and moved on.

Next time I am over at the property I will check what they are. The place was built in 75, and hasn't been upgraded too much so I'm guessing this is a big piece of the high water bill riddle.

Awesome tip, with 4 units in my place (and about 2 adults per), this could add up to some serious cash! I like the notes on the other hardware as well, when it comes time to upgrade I will be pulling this out from the archives.