Most of these posts assume that the only people that are homeless are drug addicts and hookers. @Jay Hinrichs actually had some information of value.  In the area where I live, the market is so competitive for homes and for rentals, that many people have become homeless through no fault of their own. We've had massive wildfires in northern CA that has destroyed thousands of homes, in some areas many were manufactured homes, and won't cover replacing, IF they could even find the inventory from which to purchase as the manufactured homes dealers are months out on orders. Many of the homeowners whether insured or not do not have housing while rebuilding happens, as the red tape of getting homes built takes time, and there's no rentals.

The working poor can't find housing because there's nothing on the market. Families with little kids, sleeping in cars in some areas of CA. It's easy to say they should move, but it costs money to move.

Right now I have a group of women that are seniors, looking for new housing as the house they're in has been sold. They need a 4 bedroom and can pay 2500 per month, more if there's more bedrooms (2 per room) but there's NOTHING available. They've been paying 3000 a month for over 4 years.

This is a complex issue, and all the quick remarks might seem cute, but this is a real problem that we need to find solutions for. We need State, City and County planners to allow more types of housing to be developed faster. ADUs are going to help somewhat, but they're still expensive to build.

It seems to me that the time to develop anything is the enemy of housing.

what happended in N. Ca was epic my brother lives in Lake county and worked the fires thousands of homes destroyed in that county alone .

as sad as it may sound some of these folks may simply have to migrate to areas that have affordable housing and plenty of it.

there are many rust belt cities with thousands of vacant homes Literally .. most if not all could be bought for very low dollars and made livable.

and rents in those areas of the mid west deep south rust belt are still 600 to 1200 for decent homes or apartments.

the other alternative is look at Katrina what happened there most that were displaced were low income .. and fema came in with thousands of trailers.. but a lot of those folks migrated as well as there simply was not adequate housing and it could not get built fast enough

they went to Jackson MS  and Houston TX  we saw that at the time with our Jackson MS portfolio.

As for our west coast homeless especially bay area La and Portland.  the issue is these folks are blighting the areas big time.. I hate to say it but they have no respect for property rights  they throw there trash on the ground where they live.. they do their bathroom duties there as well.  Then they become belligerent or worse  to the people in the neighborhoods that are trying to raise their families and kids..

I am Hawaii this week in Honolulu and there are a lot of homeless here as well.  But the MAJOR difference I see is they are neat there little areas are tidy and there is no garbage just thrown around and strewn around. Whether that's from peer pressure or city or whatever but you notice it when you are familiar with the situation in Portland and SF area.

lastly on Northern CA I kind of see that fire disasters kind of like when back east when the steel mill closed and all the jobs left.. think Gary IN and the thousands of vacant homes there.. people migrated.

I think we agree on a lot of points, but if the government wants to subsidize these people (which it apparently does) they should probably put them on a bus to greener pastures.  I keep hearing about how people in California are homeless because rents are too high.  That is ridiculous.  People are homeless in California because there aren't enough properties to house them, which is driving the prices up.  It's not a chicken or egg argument, there's clear cause and effect here.

Allowing them to pitch tents on sidewalks, park wherever they'd like and live there, or live under overpasses isn't compassionate or effective (I realize you're talking about a different subset of homeless, but let's be honest.  There's a lot fewer of the homeless that you speak of and they won't be endemically homeless either).  California either needs to allow builders to increase supply (maybe without such onerous building fees and permits) to meet demand or, again, give these people a bus ticket to some of the cities that have declining populations and vacant properties.

I don't squat in Beverly Hills because I'd like to live there, but can't afford to.  I just live somewhere else.

I understand the points both of you make. This situation in CA is so out of control. It took me 2 years fighting with the County over impact fees on ADUs that were illegal. They wanted $10,000, plus made me add additional leach field for a conversion from gameroom/shop that already had a full bathroom and kitchen to 1 bedroom ADU. It's frustrating. One of the things that could help alleviate some of the problems for single people, seniors, etc. are ADUs and they make it so difficult.

Don't get me wrong, I know there's a huge number of drug addicted people and lazy bums that are homeless. There's jobs in every business in Redding.  I also know that SOME of the homeless have mental health problems they can't get help for and self medicate, for them we need solutions.

Then, there's people that don't want to do anything for the homeless, but complain they are defecating everywhere when there's no facilities for them to use restrooms, and for good reason, they use them for doing drugs, having sex, and trash them. It's a mess, and I have no answers.

The ones I'm talking about finding solutions for are people that have good paying jobs, but became homeless due to fires and inability to find housing. The seniors that lost their manufactured homes in fires though they can purchase a replacement property, their income doesn't qualify for the park rent, and they won't allow them to pay years in advance. I've seen these cases recently.

Now add to all this craziness the price of fuel here. As a Realtor I see everyday people selling homes and leaving this state. At the same time we have a huge influx of bay area buyers and people even from out of the country that are settling here due to the natural beauty of our area.

I have no answers and doubt these nuts we have running the circus in CA will bring relief, they only know how to increase government, raise fees, think of new fees, make excuses and tell us how wonderful they are.

Regarding shared living for seniors, many seniors can't afford the expensive retirement homes, but can afford more than low end room in a house shared with someone else. I've thought before about finding a design for a shared living house, that could be rented by the room (1 person), have common area space, and kitchen available for all to use. Maybe put a few on a parcel. Anyone have anything like that?

@Jay Hinrichs where do you see affordable housing, where there are jobs, and families could relocate to? Also, what states are the rust belt?

@Jay Hinrichs where do you see affordable housing, where there are jobs, and families could relocate to?

2. Cleveland   about the same

10. Most anywhere in Rural PA and Very RURAl NY  WV

and all of those cities will have sub 100k housing as well most of it in rental dominated areas.  but its available.

just from the top of my head .

There is a program under HUD (Emergency Solutions Grant Program) that provides money and incentives to property owners to rent their properties to people who are currently experiencing homelessness. And within this program is the Rapid Re-Housing program that can pay a lease up to 12 months in advance, pay double the security deposit, and pay the landlord a signing bonus of up to 3 times the monthly rent. The program is managed differently in every state and I would encourage owners and property managers to check it out. Seek out departments and non-profits that work with the homeless in your community and ask about the Rapid Re-Housing program. The recently approved CARES Act allocated a lot of money to this program and organizations are having a hard time spending it all.

Great information. I will definitely look into this.

This will also benefit my clients.

Thank you for sharing. 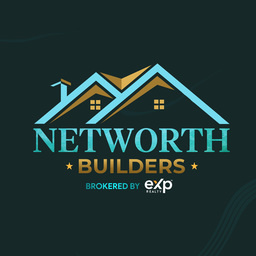 There is a program under HUD (Emergency Solutions Grant Program) that provides money and incentives to property owners to rent their properties to people who are currently experiencing homelessness. And within this program is the Rapid Re-Housing program that can pay a lease up to 12 months in advance, pay double the security deposit, and pay the landlord a signing bonus of up to 3 times the monthly rent. The program is managed differently in every state and I would encourage owners and property managers to check it out. Seek out departments and non-profits that work with the homeless in your community and ask about the Rapid Re-Housing program. The recently approved CARES Act allocated a lot of money to this program and organizations are having a hard time spending it all.

Would you accept a bad tenant if the government paid for their rent.....not saying the homeless make bad tenants, I just don't think this changes the rules of real estate investing. I think we need to help the homeless become financially free through owning real estate. Here in Columbus we have a large homeless population.

Thanks Patrick. I am going to look into this.