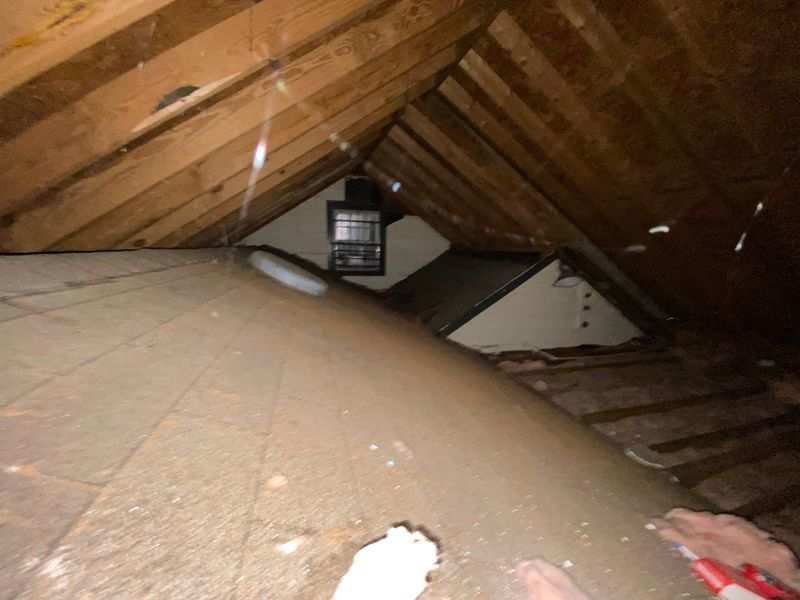 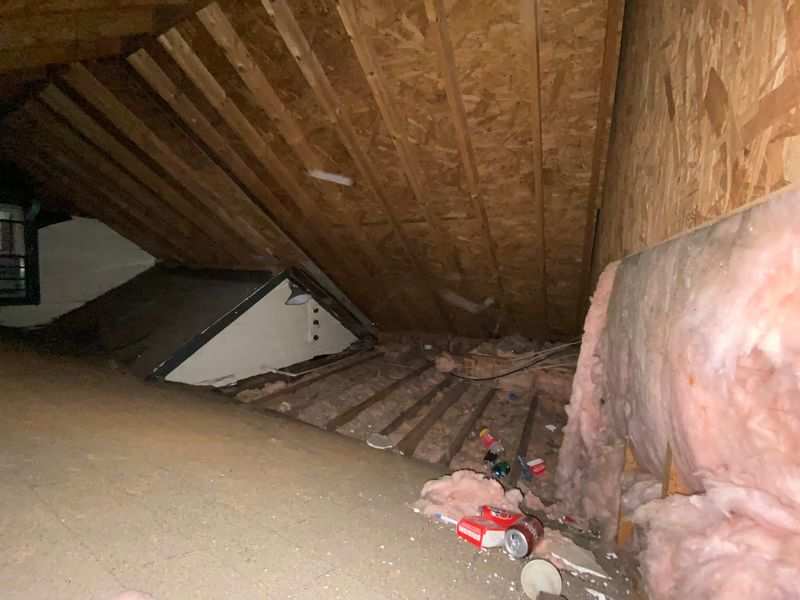 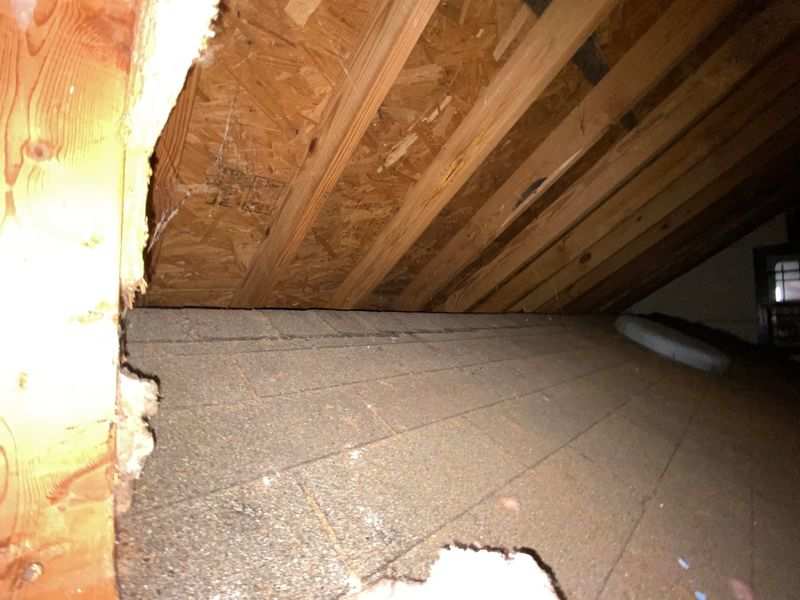 I've walked thousands of houses and this was a first for me. The house has a 1 room second story addition on the back of the house (as well as a converted attic space, 2nd story room in the front of the house). There was a hole in the interior wall of the new addition, so obviously I took a look. What I saw can only be described as an addition where the new roof was added over the old roof creating a vacant space between the front and back second story rooms. Has anyone encountered this before? I would be inclined to think that this would not pass building code due to venting and issues with the structural integrity of the added weight, but does anyone have anymore insight? I have added some photos to better explain. Thanks for the info!

I've seen this before (in fact I have a house that has a roof within a roof). In my case it was a shed-type roof over a carport area, attached to the house with a typical gable roof, with not enough pitch that was encased with a gable roof. It required new roofing supports by the city and a vented peak that allowed airflow through the encased gable on the existing roof (to picture this, when the gable over the carport was finished it matched up with the gable roof on the house so it looks like one continuous roof). As long as your support system is sufficient all you're doing is creating a floor inside the "attic" that's covered in roofing shingles instead of plywood.

Here's a couple of pictures. You can't see the old shed roof in the first picture but imagine it at the end of the picture - it just attached sideways over the old carport. The next picture was when the carport was under construction and being enclosed after the roof was redone. 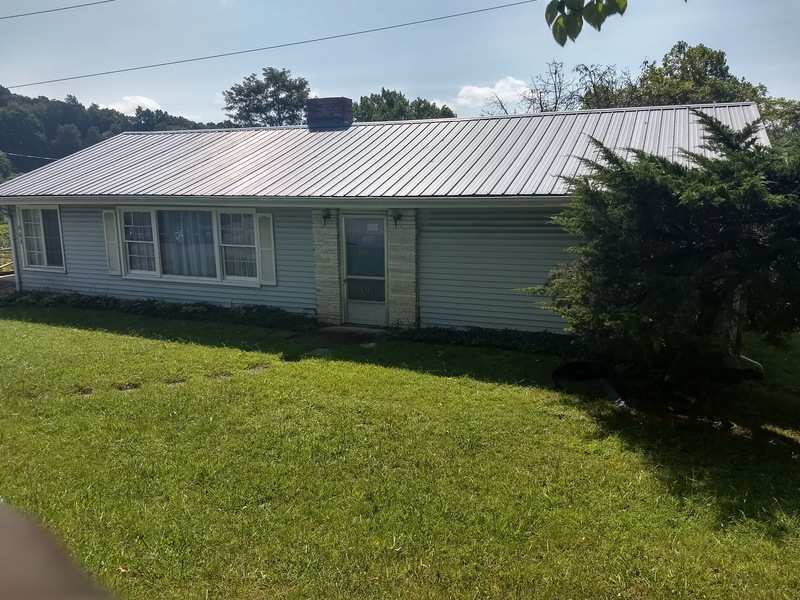 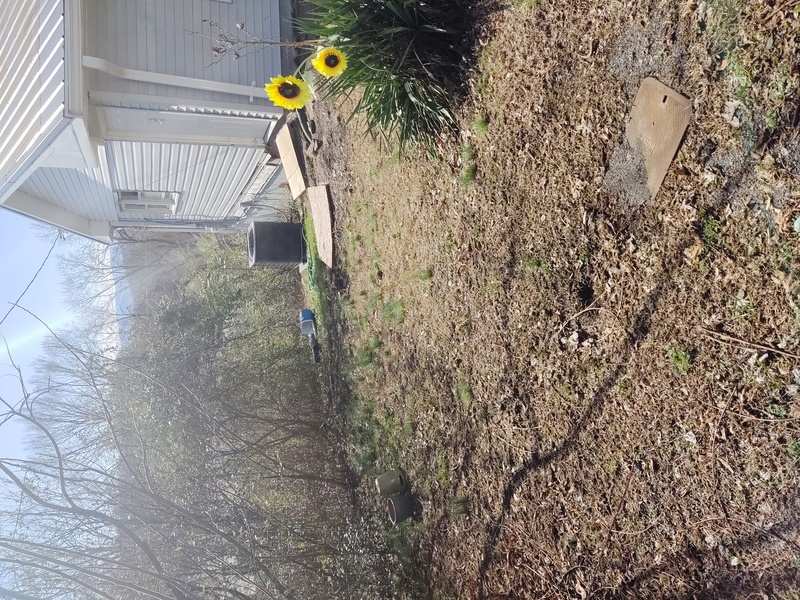 Thanks for the info JD! It just looked a bit questionable at a glance, but I'm glad to know its something that someone else has previous experience with. I'm going to check into the venting and support aspects before making a move on this one for sure.

@Bobby Coomer I’m in Northern New Hampshire and many homes have that here including the building I’m about to buy.

I have reno’d houses like this when the house was added onto the roof pitch was changed. Rather than tearing out the roof a roof was built over it.