Hello note community! This might be better posted in new member introductions, but I'll just post it here. Most of what I want to learn and grow from has to do with notes anyway.

It’s therapeutic to post this out for now, like a bold first step and making a commitment to learn deliberately the right way to do it, and hope that I can look back on this post in a few months or years and see how far I’ve come. Sounds corny, but I hope to get to the point to give advice and share experiences with others that are in the same place that I am right now. For now though, seems I am forever soliciting advice as tactfully as possible.

I've started with HML notes in 2017 and it's been a bumpy, emotionally challenging road. Reckless would be the best word for how I got started.

Perhaps I heard it once too often at the end of many BP podcasts about avoiding paralysis analysis…one will never know it all so just jump in and start learning. I took that advice to the extreme and flew too close to the sun.

Most of what I am dealing with now is cleaning up mistakes I made when I started. I am a born again note investor, so to speak. I still believe fortune favors the bold though, it’s starting to turn around already.

See you around the forum!

Would you be open to sharing a story from one of your deals? Change the names to protect the innocent, and promise you you're in a place where we've had some less than stellar outcomes. 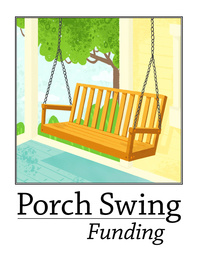 @Paul Winka Welcome! This is a great place to learn and ask questions. Good luck on cleaning up your mistakes. We all get to do that from time to time. The most important things are to know that it won't last forever and to learn from your mistakes....

if U have never had a bad deal or lost money in real estate   be it notes or the physical asset.

this simply means you don't do many deals or your fibbing .. any high volume outfit will have a few bummers..

One can start by buying their own notes, do a partial, or sell leads to other investors.

Personally, OP, I'm getting started to do note investing but I'm going to be doing student loans, mortgages, accounts receivables, and vehicles. Buying other companies' debt, called factoring, can provide steady, long-term income, and factor transactions are generally win-win situations. After purchasing accounts receivable, generally at a discount over the face value of the debts, the original company's debtors will make their payments directly to your company.

Not all deals can be profitable, like others said before me, If you want to make money, you take risks, sometimes those risks land you a bad deal. That's how we grow, learning from our mistakes and moving on (not just in real estate btw).

Hi Marco, sure I have a way of explaining it that has an analogy so bear with me.

I learned the importance of following procedure early on, and have seen that getting away from that can lead to bad things happening.

I was in the Air Force for most of my career and went through flight training. Life as a student wasn’t easy and had some quirks to it that seemed annoying. The annoyance was following a checklist, line-by-line for every…single…action one could imagine that could be done in the cockpit. These checklists were on paper and strapped to my knee and covered everything from starting the engine, putting out a cockpit fire, to ditching the aircraft and jumping out to parachute to the ground.

I would memorize these procedures (and we were encouraged to do so) but instructors were always adamant about doing them “by paper” and not “by rote” no matter how basic the procedural steps were…they want to see students going through the list on the paper and talking it out with the copilot. A brand new student pilot or a veteran of more than 2000 sorties would do it the same. If I recall correctly, on a T-34 of the type that were used in the training environment in the early 2000s, it was possible to eject without pulling back the glass canopy first. Now that’s a bad day!

My point is that this diligence and precaution is necessary with notes too, and highlights the importance of running things like a business and having a system. So about notes and my story…

When I started with notes in 2017, I did the first few HML deals right, and more by the book and probably more in accordance with what I'll soon learn about here. That is, I got a first lien position, a DOT recorded, and the houses would be easy enough to recover and sell quickly for discount, even the work was unfinished. At the end of the deal, I got all my cash put back into my account.

But the success and easy money went to my head, and I got away from procedure of protecting myself and now have a lot of unsecured debt out there. I wasn’t a good gatekeeper for myself and my borrowers. They asked, I provided because I was still getting paid, all the while sliding down the slippery slope. So the borrowers got overextended because I didn’t throttle myself. It’s kind of like a begging dog that will basically eat unlimited food if given the opportunity…this where I would have be the gatekeeper for the dog for his own good and limit what he eats. That’s my failure in this.

Fortunately, I am blessed to be working with borrowers of high integrity. I will recover from these egregious errors but it will be a long road. So, in a certain way, the wind blew open the glass canopy for me though I forgot, so I can eject and live to see another day.

if U have never had a bad deal or lost money in real estate   be it notes or the physical asset.

this simply means you don't do many deals or your fibbing .. any high volume outfit will have a few bummers..

Yes, Jay, seems all the veterans here have a horror story if they've been around long enough. Bottom line is that other investors/mentors that readily share their failures are more trustworthy and credible.

What was your worst note deal if you don't mind and what did you learn from it?

@Paul Winka - The pilot analogy is a great one, and it's interesting to hear your background. You may have noticed there are a lot of "engineer types" in the note world. Structural engineers, software developers, pilots, compliance professionals, etc. Believe it or not, I used to produce entertainment  - television and films. I was responsible for the scheduling, budgets and crewing aspects - so I suppose I'm pretty "left-brained" as well.

I'd imagine there were times in your Air Force career when things didn't go as planned and you might have followed a procedure with the necessity to improvise as well. That's the note world to me. Every house has a heartbeat, and every asset takes on a life of its own. I still find myself at the edge of my seat waiting for the next plot twist and anxious to see how I'll handle it.