And interesting report here, for those that like a good chart/graph to start their day. 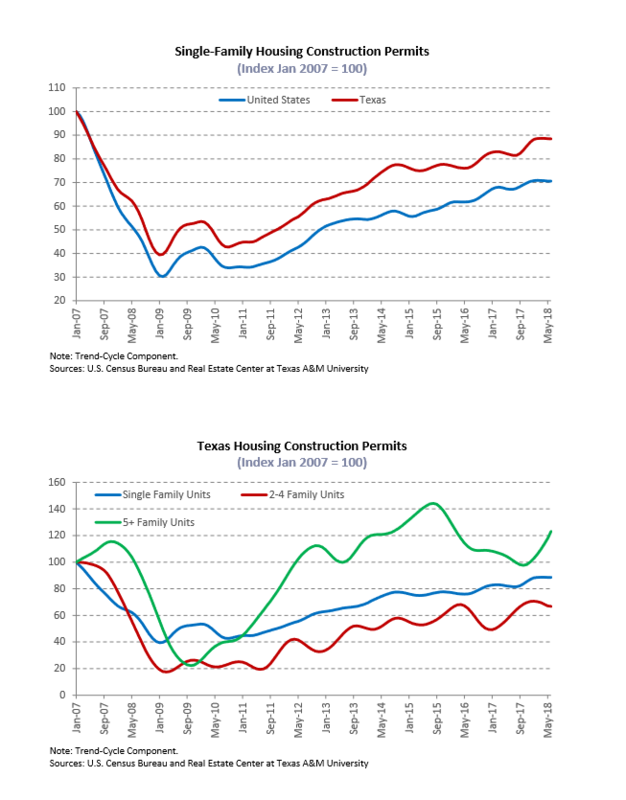 These two charts are so telling.

When I was in corporate America, I worked for those guys that build the big yellow iron construction things, so I can attest with authority that the housing construction market around here tanked HARD in 2009.  It was ugly.  I was in the finance group and all I did for a year or two was help modify loans.  Pretty much nobody did anything in that space for like a year, or two even.  Those that survived did so by focusing on municipal work, utilities, and maybe some oil & gas field work, or a bit of commercial.  Now you see them back out building big subdivisions again, but it STILL isn't quite like it was before the crash.

Basically, from what I gather, what we are experiencing is a whiplash effect.  It took us a few years to work through the backlog of housing inventory, which was something the local economists anticipated.  But I think probably we've done that now, and the supply is not keeping pace with demand.  You could probably say that we got 4-5 years of pent up demand out there for housing.  In Houston, the hurricane just exacerbated the condition that was already well underway.

Interesting that the MF construction roared back so much stronger/faster than the SFR starts. I wonder if that is normal during periods of economic recovery?

Great article and insight! Thanks for posting.

Thanks @Mark Sewell for your insight and article. It loads of information.

Thanks for posting @Mark Sewell