Has anyone attended one before? I'm debating about going. Its only $47.

No, it isn't $47.  That's the price to induce you to go in the first place, at which time you'll be sold dreams of bikini clad women, Italian sports cars and yachts, and a date with one, (or maybe all), of the Kardashian's.
Then they lower the boom and will attempt to upsell you to their "real deal".  You know, the one with all the secret sauce recipes and "it can be yours for only $25,000!"

I am not affiliated with Ms. Calloway in any way, but I attended the free RealDeal Meetup where Brittney Calloway spoke a little over a month ago. She is not a guru. She actually has been investing for only about a year, but she took REI automation info that she received at another RealDeal meetup meeting and scaled it up BIG TIME! She is now investing in 4 states with a team of virtual assistants. She's raised millions in private money and invested millions and her business is BOOMING. I got enough actionable content from the meetup that I will be attending her $47 event. She will be giving out her plan, her step-by-step manual for training virtual assistants, etc. From my understanding, there will be nothing else to buy, so yes it should be just $47. The RealDeal meetup does have a mastermind group that she is a new coach in, so (if you want to join that) there would be a fee, I'm sure. But for $47 you should walk out with everything you need to automate your business yourself.

Glad I stumbled across this page. I noticed she will be in maryland at capital city's REIA. Kinda on the fence going to the workshop. For anyone that is interested there will be a workshop this saturday. I also found her book on amazon which is relatively cheap

Anybody here have any updates?

She has another workshop this coming Saturday in Ambler, PA.   I was considering going myself but I don't know much about her either.  If anyone else has attended one of her events in the past I would be very interested to hear about their experience there and if they think it was worth the visit?

@Steve Babiak have you found out any good (or bad) info you can share? 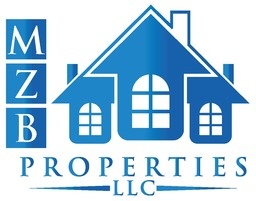 @Michael Badin - I found her BP profile; zero posts. See the link below:

Notice her user name there at the end ;)

Her presentation at the DIG meeting on September 28 was a bit poorly paced. Although she had to start a few minutes late, she was still given the allotted time because the ending time was moved later as well. Many of the PowerPoint slides were skimmed over; from a glance it seemed there might be decent content, but it wasn't all on screen long enough to really fairly judge that. Her mother was in attendance and was quite pleasant; they were driving to Edison, NJ afterward so they still had an hour and a half at least before getting there.

I signed up for the Saturday event - for $50, I figured it's not much to lose. I don't expect a big turnout. So maybe that works to the advantage of those who attend. Of course, it's quite possible that the poor pacing seen last Thursday will be repeated on the upcoming Saturday ...

@Steve Babiak - Thanks for the info.  Think I will check out the Saturday event.  Like you said, not much to lose.  Perhaps I will see you there.  Sounds like you are a member of DIG.  I just joined DIG over the weekend online.  It would be good to meet someone that is a member of it.  What are your thoughts on the group?

@Michael Badin - as a ten year or so member of DIG, there are pluses and minuses  just like with anything. Detailing all of that in this thread would be going way off topic.

Log in or sign up to reply
Related Resources Real Estate Guru, Book & Course Reviews and Discussions
Don’t Invest Without Understanding the Risks—Here’s What You Need to Know
Single Family vs. Multifamily Rentals: Which Investment Is Right for You?
Maximize Your Tax Returns This April With These Smart Maneuvers
How to Start Investing In Real Estate at a Young Age (or a “Young at Heart” Age)
Why It’s Almost Always a Bad Idea To Invest in Real Estate To Save Money on Taxes
Resources Read, see, and learn more!
Real Estate Investment Calculators
BiggerPockets Blog
Path to Purchase
Mortgage Loans
Find a Contractor
Real Estate Agents
Hard Money Lenders
Real Estate Listings