Hey everyone.  I inquired about some numbers on a property I was looking at in my last post.  Today, I saw the house in person,  it's not as bad as I thought it would be.  Here's the rundown:

It is a two story twin 2/1 and 936 sq ft.  It will need a completely new kitchen and bathroom. There is old linoleum on a subfloor throughout the house.  My plan was to put laminate down, but when looking up from underneath, it appears there's hardwood there that I am hoping I can refinish.  The walls have wood paneling on top of plaster and lathe.  I am guessing I would need that ripped out and drywall installed.  The gas water heater is new (2013), and the electric panel is newer, though I don't know the age.

The minuses/issues:  All 10 windows need to be removed, reframed and installed.  The supports in the basement appear to be rotted in one place and the floor above sinks in that area.  The current owner has 5 floor jacks holding it up for now.  I'm not sure if it's a water issue or not.  That would need to be looked at and shored up.  Also, the heating is oil with radiators.  One radiator had a giant hole, the rest are intact, but not tested.  With the gas line already run into the house, the question would then be whether or not to keep the oil, get a gas boiler, or bring in a gas furnace and run ductwork for forced air.  Price and desirability would determine this.  Also, there is no A/C, but in this size house in this neighborhood, that's not uncommon, although the forced air route on the furnace would make it easier to install, if it allows.  All plumbing is present, altgough not turned on.

So, to make a long story longer, if anyone had recommendations on a reliable GC that can help with inspecting a few things and give me estimates on these types of items, it would be appreciated.

Found your post as I'm in need of a GC in Berks County now as well.

We're you ever able to find one?

Hi Jason, I live in the Berks County area, I have a couple of units in the area surrounding Reading but not in the actual city. I recently started kicking around the idea of purchasing properties within the city and I wanted to see how you were making out with your ventures in Reading?

We own a bunch and manage a bunch of properties in Berks county, both in the city and the surrounding county.  Everyone really hates on the city of Reading.  But personally -- we find it to be a great place to invest -- conditional on being really strict about evictions and doing a good credit check.  Rent is lower of course... but we still are happy with our returns.

In terms of contractors -- we have a bunch of contractors that we'd recommend.  It's taken us some time to work through some bad ones.. but we're fairly happy now with who we use.   Send me a direct note and I'd be happy to go over stuff in more specific details with either of you guys. 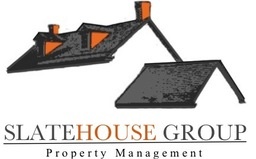