Has anyone worked with Sensei Gilliland of Black Belt Investors in their Remote Rehabs program or have had any dealings with them?'.

As a real estate investor and someone who studies martial arts, this name annoys me twice as much as it otherwise would... :)

It annoys me also that someone is calling themselves that. It's kind of like regular people that dress in exact military gear which is against the law. It's just disrespectful in so many ways.

I do not know the company and maybe they are a martial artist.

All I can say is STRIP away the marketing and gimmicky words and look at guarantees, track record, etc. to see what you are paying for.

I met Sensei couple years ago at the Realty 411 event that @Linda Pliagas put together. After that I've been to several of his meetings (he runs couple real estate clubs here in LA). He is very knowledgeable and trained many investors (some I know personally) who successfully use his program.

Last year I acquired investment property in Phoenix in my retirement account (it was a fixer) and had Sensei do all the work on it. I was happy with the results. Here are few pictures of before and after: 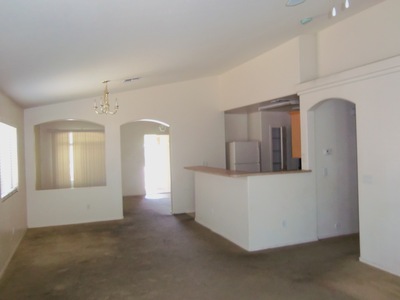 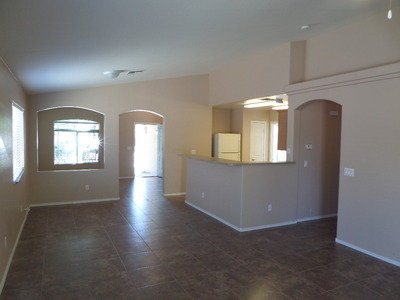 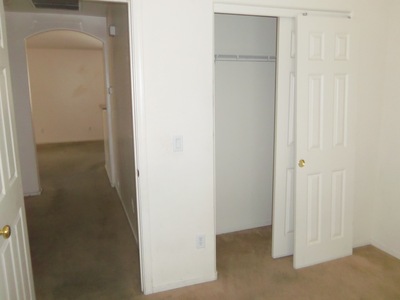 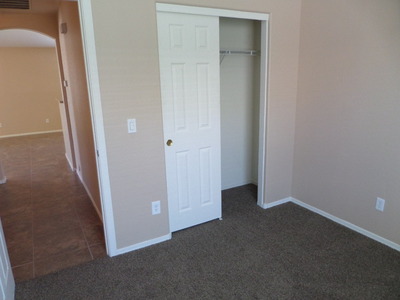 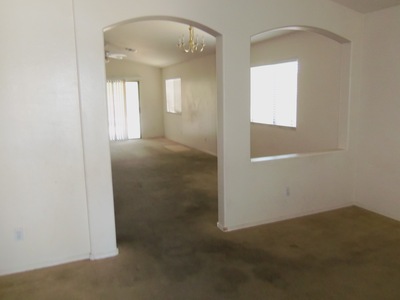 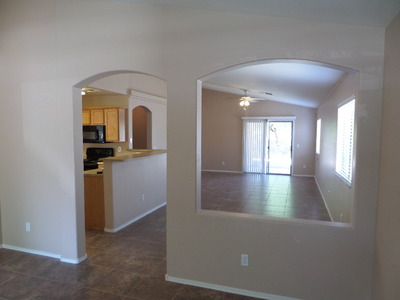 Hello Anne Walker. Come visit one of my real estate clubs and speak to those that have invested or join us on my Ultimate Real Estate Investor's Tour. You may also contact Dmitiry that commented below.

I am sorry if you are offended. No need to slam someone you do not know. You dont know my background or how that title became my nick name. I think you guys should focus negative energy towards positive energy. You will find it rewarding. Many blessings to you both.

Are you a martial artist?? If so I would love to hear your background and training with rank in various styles.

I am a martial artist myself and have been for decades. Rank is earned over thousands of hours of training and blood, sweat, and tears.

I don't think saying take away the marketing names and look at the track record is slamming anyone. It's saying pull away the fluff and look at the real data. I wish you the best as well. I hope you did see in my previous post that I said I do not know anything about you or your company.

Have a great weekend.

I am a martial arts with 5 schools in operation. I have competed in 29 countries, an alternate in boxing for the 92 olympics, made the olympic team for karate in 92 but the event was cut 6 months prior, former hand to hand combat instructor for the LA Sherrifs, etc etc...

I have been called Sensei at the age of 12 nad has been morphed as a name rather than just a title.

Fluff? Black Belt Investors and my credibilty is far from fluff. Get to know me first.

Thank you Dmitriy for your posting of the house. I will contact you. And Sensei, I will come to one of your meetings.

I have not meet Sensei personally but I have spoke with him, and he is well known on the west coast..

When you pop on to BP with any kind of Guru instructor Mentor vibe you will get called to the carpet right away.. And by and large the experienced folks are trying to help the Newbies from getting ripped off from Turn Key operators and LA based marketing companies along with the national guys like Montelango , Than Merril and others.

It can get quite intense ...

When I popped on and said I was a hard money lender my Creds were challenged within 15 minutes. I then sent a private e mail to the personal who questioned my Creds. And sent them the contact e mail of just one Closing attorney that I have closed over 400 loans with as the lender and owner of the company.. That being one attorney and just one state.

Things then quieted down. I doubt they ever contacted my closing attorney as he probably would have said hey someone is asking about you.

So from my perspective BP has some really knowledgeable folks that are willing to share DETAILED info on how to buy and profit from Rental RE.

Along with Algorithms that work in the mid west but are not even close on the west coast IE the 2% rule and other arcane notions.

At the end of the day because I can type 60 words a minute I don't mind spending an hour on this site a few times a week. and at least regaling the folks with what I have experienced over 35 years and well over 3,000 transactions under my belt.

PS I signed up as a PRO so I could advertise I did that once and I have funded a few deals for folks here but will not be doing many more.. As I just don't have the time to wade through all the newbie wannabes. Just keeping it real.

You're right on. Thx

when you would like to 'tag' someone, start by typing @ immediately followed by the person's first name. Look below and you when you see the name of the person you wish to tag, click on it and continue with your message.

Dmitriy with the warm welcome I would not blame Sensei from just chalking this one up to " whats it worth status" not much would be my thought.

I will be speaking at the FIBI April meeting if your planning on attending would be happy to meet you in person.. As we have spoke on the phone many times in person meetings are nice.

Thanks @Jay Hinrichs , I've seen the announcement and will try to make it.

I have to post reply, I have to admit when I first saw the name of the Post. I laughed; I am guilty myself.I thought it was some guru Gimmick myself.

But after look at the post [email protected] Fomichenko & @Jay Hinrichs

I knew I was wrong. I am sorry.

I am trained martial artists myself, I have never mix Martial arts with work.

But I can see The title Sensei is more of a first name. Pleasure to meet you.

Congratulations Dmitriy, on SenseFinancial's recent acceptance into the Better Business Bureau. I looked for information on Black Belt Investors on the BBB website but I couldn't find anything. Does it go by a different name

I don't know the answer. You should ask Sean Gilliland directly.

I see most of the post is over 2years ago does anybody have purchased and joined any off BBI program recently and can give feedback?

@Ariel V Mangoba , I have a friend who worked with BBI to acquire property in Ohio a couple years back.  If you'd like I can reach out to him to see how the property has performed.

@Logan Allec Appreciate your reply, yes if you could please because i'm really considering his wholesaling course boot-camp he's program seems to offer good value but i need to do my due diligence first.  Thanks

@Logan Allec Appreciate your reply, yes if you could please because i'm really considering his wholesaling course boot-camp he's program seems to offer good value but i need to do my due diligence first.  Thanks

I met Sensei recently and am looking for references from his investors.  Unfortunately, he recently discontinued his monthly meetups.

It's been 4 years since the original post was created.

Has anyone done business with BBI or talked to friend about them? I'd appreciate if you could share some information


It's been 4 years since the original post was created.

Has anyone done business with BBI or talked to friend about them? I'd appreciate if you could share some information

Disclosure: I work with the person this post is about

Hey all Sensie and I have worked together for about 5 years, doing about 150 properties together. He is one of the most knowledgeable  , honest high integrity people you will ever meet, also happens to be a real nice guy.  I would highly recommend connecting with him and learning. All the best to everyone....