I am interested at swooping up a vacation rental style investment in the shape of a duplex that would also double as a long term rental should it be necessary. I would live in one side. In most markets I have looked, there are few, if any, duplexes for sale. Zillow makes it notoriously difficult to find duplexes. The only way I have found any are by using the keyword "duplex" or "multifamily".

I've checked Austin, TX and Raleigh, NC as they are both hotbeds for tech which is kind of what I am looking for, with Austin being the more general-purpose market (but also more expensive).

Any ideas on where to start? Thanks

I'd look to a local RE agent in Austin and have them set up a MLS search for you for distressed/reo/vacant duplexes as you'll have more luck than Zillow. The duplexes are there, but usually more in low income areas, but there are nicer duplexes all over as well. Just depends on what you're after. Maybe reach out/search for Austin wholesalers and start getting on their buyer list as well. I focus on mainly multi family in FL so I'm sure there are other investors in these areas that focus on these type properties. Best of luck!

realtor.com supposedly lists all the duplexes on the mls.  You have to scroll down and search by property type. Redfin has sales data if you sign in...it may list duplexes too.

Scott Sutherland seems like the best guy to talk to in Austin. I will tell you though that Austin is very difficult to get into in the areas that are good for STR. Also, we have significant regulation and tax on STR now.

Given that you are closer to Raleigh, that is probably a better starting point.

Duplexes do exist, of course, but they are pretty rare in Raleigh and at least at the moment, they are mostly overpriced (for my taste anyway).  Those that aren't priced at a stiff premium, tend to be in questionable neighborhoods.  That said, like everywhere else, occasionally, a decent deal pops up.  Connect with @Dawn Brenengen - she might be able to help

There is a very nice duplex of which I am aware in Chapel Hill, NC that will soon hit the MLS, but that's nearer to Durham than Raleigh.

Why did you zero-in on Raleigh only? Is the whole area of the triangle an option for you? I think you could find lot more duplexes or even 4-plexes in Durham.

If you look on realtor.com, you might be able to find what you looking for. Many of these would be a little older properties though.

Good luck in your search.

Go to craigslist, real estate for sale, and type "duplex" into the search bar.

Thanks for all the replies thus far.

I am really only considering Raleigh since that is where the tech companies are concentrated and I'm also considering employment opportunities for myself in the area. I like to invest where I live. I currently live in Western NC so it isn't that far.

The only downsides to Raleigh I've seen are A) not many duplexes and B) mostly cookie-cutter type homes. Austin is expensive but there seems to be a lot more older homes with style/character.

I'm also not dead set on a duplex and am not opposed to a 3/2 and could rent 2 bedrooms out as STR or LTR if necessary. I am not super concerned with positive cash flow as long as I can break even. I figure if I am living for free then that is enough for me until I can find other investment potential. I'm thinking this will still be easier to do in Raleigh than Austin though.

Durham has also the Google For Entrepreneurs Tech Hub, which is now host to many very interesting startups.

Check it out here: http://americanunderground.com/

I'm a real estate agent in the Triangle area and can set you up on an auto-notify via our MLS if you'd like. It doesn't take me anytime and I'm always glad to help a fellow BP member. I will say though that most of the duplexes, triplexes and quads that hit the MLS are usually priced right at full retail or higher. You may wanna try marketing to absentee landlords who I own multi's. Feel free to PM me if you want and I'll set up that MLS search for you.

I bought a duplex in Raleigh.  It was tough, and if I had to do it again, I'm not 100% sure I'd go for it.  I basically lucked into this place, beat the seller down on the price and I still think I paid a bit too much.  It was also my first real estate purchase.  I've found that many of the duplexes in Raleigh are in the older neighborhoods since the Duplex as a home style has, well, gone out of style.  This means two things:

-The neighborhood is nothing like it was when it was built.

The age of the house is important, because even if its a well-maintained house, its going to have an older style floorplan.  My place is tiny--1440 square feet total, 720/side for a 2/1.  That basically limits me to singles and couples, not families.  I'm going to have to deal with the turnover, luckily I'm close to NC State and can count on a steady flow of students to live there.  The bathroom is small also, something that drives my girlfriend nuts.

On my second point, allow me to explain.  Most of the Duplexes in Raleigh were originally built to house the working class in the post-war period of Raleigh.  Some neighborhoods have flourished, and some have not.  "ITB" is where a lot of the duplexes are located, though that means that the prices are either way way way inflated (because the land value is high enough that people will buy it for a tear-down), or its in SE Raleigh.  SE Raleigh will probably come around in 15 years, but do you think you're going to live in a crummy, tiny Duplex for 15 years?

A spot in Raleigh to find newer duplexes (though they're still a little rare) is on the edge of Raleigh and Cary, in the triangle formed by Wade Ave, 40, and Rt. 1/440.  Look at a map of Raleigh to see what I'm talking about.  There seems to be a relatively large amount of duplexes built in that area, though I'm not sure that you're going to capture the young professional working in RTP that you want to live in your house.  You're going to end up with class B-/C+ housing there.

Thanks Matt for the detailed, helpful information. I keep hearing Brandon and Josh talk about "house hacking" so I just assumed that duplexes were very common and abundant across the states. It sounds like a dream setup for the startup investor.

I definitely want to be in minimum of a "B" to "B++" neighborhood at this point in my life, so I probably wouldn't be willing to make a quality of life sacrifice to find a duplex.

It's sounding more and more like I just need to suck it up and have roommates in a 3/2 situation.

Like @Andrew said, duplexes in Raleigh are pretty rare. I actually have been looking for duplex for many months now but most of them are in one of these three situations:

1. Overpriced: they may have been well maintained but the sale price is way too high to have any cash flow. If you look closely, small multifamily in Raleigh hasn't appreciate much for last decade or two, so you probably shouldn't account for appreciation to offset paying too much. My friend just closed a triplex with $250k sale price. I would never do this deal, but he has VA loan so luckily he breaks even.

2. Bad neighborhood: These properties look fantastic on paper. But you wouldn't want to go near even during daytime. Specifically south and eastern part of Raleigh. If you buying properties there, might as well as invest in guns/bulletproof vest.

3. Really really sh*itty maintenance: These multifamily properties are so poorly maintain, I want to cry whenever I see one of these. Even if they are in a great location, the amount of renovation you have to put in doesn't justify buying the property. For an example!

My first duplex I looked at is one of the worst properties I have seen so far. Leaking roof, mold, sinking toilet, torn up deck, bad sewage system, etc. list goes on. The tenant who lives over there installed light switch using metal cloth hanger....   and she also installed a stripper pole in the living room... and she has kids. I want to cry after I was done with viewing. I started loathing PM and bad/lazy investors after seeing couple of these properties.

But yes, there are still deals out there, but maybe you will have a better luck with DM or coldcalling, because relying on MLS alone won't get you far... for now at least.

Hi @Ricky Stafford !  Since Andrew called my attention to this thread, I'll throw my two cents in.  The other Triangle area people are correct in their assessment that what little duplex inventory there is, it is typically very old, not well maintained and in the less desirable parts of town.  This is not a rule, but if you are just looking to house hack, doing so with a few roommates can be a great way to do it in our area, and you will have many more options for properties to buy. 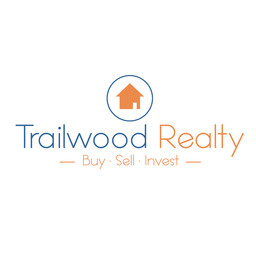