I'm relocating to McLean Virginia, and I figured this would be the perfect opportunity to begin building my real estate portfolio. interested in investing in the McLean or Arlington, Virginia areas. Since this will be my first property, I want to house-hack using an FHA loan since I don't have much to put it as a down payment.

Has anyone else purchased multifamily properties in the area? Would love to connect with real estate agents from the area or other investors who have done something similar!

@Russell Brazil is active in the area and may be able to help you better understand the market.

@Russell Brazil is active in the area and may be able to help you better understand the market.

Thanks for the tag.

Virginia has limited options on multifamily with only about 4 per year selling on average. Starting price is typically $1m for a dumpy place. Most multifamily that exists in the metro area is in DC proper in Kingman Park, Trinidad, Ivy City, Deanwood, Amacostia neighborhoods with a few here and there throughout the city

To piggy back on what @Russell Brazil said, he meant only 4 per year sell in the NVA area.  Many NVA investors purchase in other parts of the state.  My market in Hampton Roads is competitive too, but it’s all relative!  We recently crested $100K/unit as the best price you can get for a multi.

@Russell Brazil I'm surprised there are only 4 multifamily sold in NVA per year? I'm not an agent, but my experience living in the area is there were quite a lot of (likely non-conforming) houses with basement units and that sort of thing. They probably hit the MLS as single family, but they'd make great house hacking opportunities for Sid. 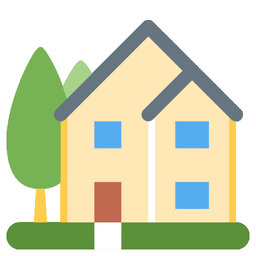 @Christopher Cole those that you describe are most likely illegal multifamilies.

The DC area has as far as I can tell the lowest number of multifamilies that exist for a major metro area. It is a combination of restrictive zoning, combined with the fact that DC was a relatively small city/population center prior to 1960. Our regions growth largely didnt start til the Kennedy administration, while other metro areas with ample multifamily housing stock had large growth during the 1800s to accommodate a large influx of European immigrants.

Out entire metro area averages only 200 multifamily sales per year out of 70,000 home sales per year. (2-4 unit multis, not commercial).

And our actual supply that even exists is shrinking as they get carved up into condos.

I second all of this. Your best bet in this area is probably going to be a house hacking situation, or finding a way to turn a basement/some portion of a home into a mother-in-law suite situation. Arlington county has pretty decent accessory dwelling unit (ADU) regulations, and Fairfax county also recently eased restrictions (still stricter than arlington), so you may have some success there too.

Team, from the sounds of it, NVA isn’t the best choice nor should it be your first choice when looking for small multi families. The barrier to entry is high($) and the supply is extremely scarce. There are a half a dozen cash flowing metropolitan areas (that come to mind) with small multi families, and DC ain’t it. When I think of DC I think of higher paying jobs, more expensive property, but good solid appreciation. Correct me if I’m wrong, but I assume investors are paying considerably more for the very limited supply of small multi families, that do happen to occasionally come on the market. Unless you’re following our buddy Joe’s niche highend section 8 strategy, you’ll looking for a long term play where appreciation is anticipated. Of course this is an outsiders view from a guy that’s been watching the market casually since 2010, but never bought. Of note NVA isn’t the only market with limited supply and high prices. Just look to north Dallas where now prices are comparable to Fairfax County. Collin county like others used to be reasonable, affordable. Now, 3/2 unremarkable brick ranches built in 1970-1980 are $300k. I lament.

Multifamily properties are hard to come by in Northern Virginia. If you can find a house in your price range and rent the basement out, that's the best option of a house hack. McLean and Arlington are really costly areas too so definitely househack would be a good way to start.