My New Construction Journal From Start To Finish

I am building two SFH in Northern Liberties, this is a very sought out neighborhood in the city of Philadelphia. Minutes away from downtown and all major highways. Each home will be as follows: I bought the lots for 720k in total

Attached are the 3d Renderings of what I plan to build

Last week a home 4500 sqft just sold for 2.1 million dollars in one day. So thats the market as of now and I am told that pre-selling these within a month of breaking ground is very realistic and that I could get as much as 2.3 million per house. We shall see!

Here's how I started. As I am new to the new construction game I hired a consultant to guide me on my journey .  I interviewed 3 builders and 5 luxury real estate agents and their team.  I was told to not use my usually agent as when doing luxury at this level, you want someone who specialized in selling high priced homes.  Someone who has the clientele , know how, and team to get it done.

So I interviewed builders and got budgets from all three. One builder said he could do it for 180 sqft another quoted me at 225 a sqft.  When I compared their budgets I began to feel a bit worried since thats a large discrepancy between the two.  During my interviewing process, I visited projects these builders have done and are doing to get a feel and look at the quality of work they produce.  Both builders have experience in luxury home and the one I am going with just finished a 16 unit project in the heart of covid, which is one of the main reasons I chose him. He will know supply issues and how to circumvent them (ordering wolf appliances the day I break ground because he knows they are a year out, Anderson windows, same deal, etc etc). But back to the budget discrepancy .  The builder I chose has it at 1 million per house and the other is closer to 1.2....That said I am going to build in a contingency and put money aside just incase.

I am using hard money which makes this very risky, but I sold 3 of my 9 duplex's so that I could have a cash reserve of 400k to make sure I do not run into money issues.  I also have a buyer lines up, who is willing to buy the land with permitted plans for 1.2 million which would give me a profit of 500k without doing anything. I lined up buyers as another contingency/ exit plan, incase the lending doesn't work out, or some unforeseen issue , where I need to unload the lots.  So as backup I have some built in exit strategies.

Onto the steps I have had to take :

2. I hired an architect to build out the plans, submit zoning permits, do a structural survey of the land, and ultimate after getting zoning approved we just submitted the building plans.  This is a process in itself.  You want to make sure your architect knows the zoning laws in the area you are building, this is very important because, if my architects did not have the knowledge, I could have run into problems where zoning would not approve and I would need to wait months just to get variances IF I could even get them. So make sure your architect knows their zoning!  As a matter of fact, my guys knew their zoning but they assumed I knew it too...The original plan was to build 4 homes on 4 1200 sqft lots, and the architect went along with this (assuming I knew I would need a variance since it did not meet the 1400sqft per lot requirement) BUT I DID NOT KNOW....this set me back another month because I had to pivot.  It turns out it worked out for the better because with my original plan, I would not be able to get garages (which is a huge selling point in the city) After finding all this out, I had it subdivided for a second time into two 2400 sqft lots and looked up zoning laws where I saw that if I put a 5ft side yard on each side, it will be considered a detached home and not a row, which would allow for built in garage by right.  This pivot ended up working out because instead of having to wait another 6-8 months for a variance to sell 4 homes at 800k each, I am now able to build two larger homes for just about the same price but am able to sell each for 2.2 to 2.5 million , so I went from a gross profit of 3.2 million to a gross profit of around 4.4 million with a lower building cost. 4 homes would have been approx 650k each to build for a total of 2.6 million where as two larger homes cost 1 million each to build, maybe 1.2 million, either way it ends up being less to build but almost close to the same amount of profit.

a. the architect gave me schematics of the build

b. we went over them in stages and made tweaks here and there until I was satisfied with the final schematic

2A) Got general liability insurance and preparing to get builders risk, but not paying for it until the building permit is approved

3. While all the was happening, once I got the preliminary plans I gave them to my builder so he could price it all out. I learned that builders or yourself have to give the plans to a supply house and they run whats called "take offs" on all the line items and give you estimated prices of what everything will cost (Wood for framing, windows, siding, and the list goes on)

4. After this was done my builder had a budget which my hard money lender wanted and I needed so I know how much I will need to get a loan for in order to build these homes.  After careful consideration, since hard money is expensive and risky, I decided to build one house fully and one "under roof" which means exactly how it sounds, build just until the roof is on so outside elements cant get in.  The plan is to pre-sell one then have the lender release the rest of the money needed to finsih the 2nd house

5. Now we are at today. I am waiting for the building permit and in the mean time I am working with my builder to make sure we get the budget as close as we can to the actual cost.

I purchased the land in February, but began the process in November, so its taken 6 months to get to where I am now (submitting for building permits) To be continued.....The permits should be approved in about a month from now and we will break ground. 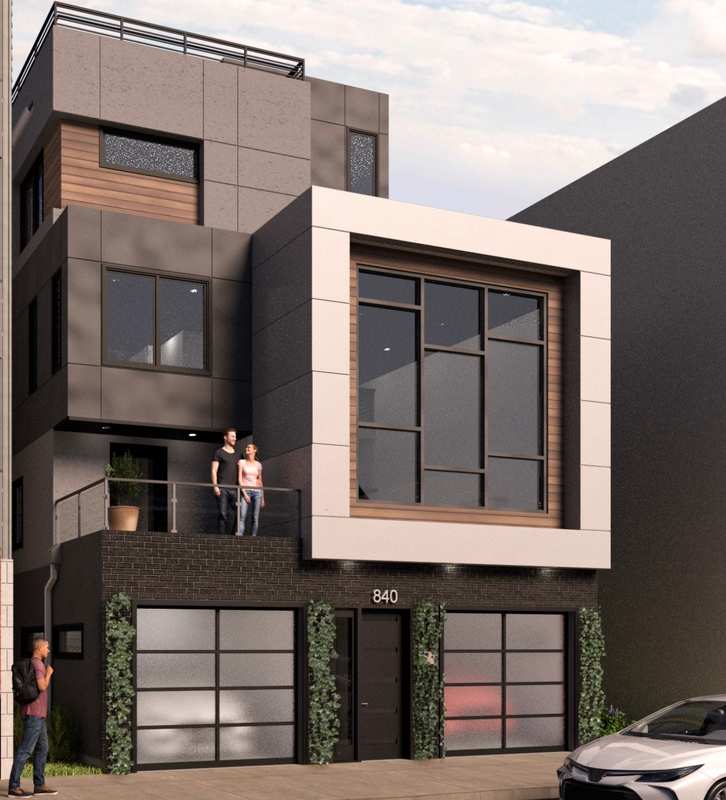