It's been almost 2 years since my first new member introduction on BP. In that timeframe, I've been lucky enough to meet so many great people in the Boston area, including Mr. @Brandon Turner himself when he was passing through with his wife. Through BiggerPockets I've been able to meet many experienced investors and I'd like to thank them.

First there is @Ann Bellamy and @Nick Aalerud that host free, fantastic, informative meetings called Black Diamond. I found out about these on BP, attended a few meetings and learned a lot about different subjects but also met a ton of players in the industry while networking before and after the event. One of these players is @Justin Silverio who is successfully renovating properties just North of Boston. Justin actually had a mentorship program that I took part in where we would bird dog for him in exchange for his knowledge and monthly mastermind calls. I learned a lot from Justin about finding properties and successfully marketing to homeowners. He has a great blog called The Boston Investor which I suggest you check out. Justin would also host quarterly investor meet ups, where we'd network, share projects, and ask questions. It was here that I met two investors that were active in the actual Boston neighborhood that I lived in. @Daniel Rubin and @Ray H. were just finishing up a condo conversion in Dorchester about 5 blocks from my house. Once we connected, I knew that I could learn a lot from these two. We have a great rapport with each other and have the same design tastes. Dan & Ray brought me on board their team as their acquisitions manager. Here I learned a lot about their deal analysis and how being conservative with your numbers pays off. I also learned how to take a beating over the phone from disgruntled homeowners that were receiving their marketing materials. HAHA No one said it was going to be easy! I was also able to help them with deals in Somerville and South Boston (Southie) and what I learned from these two is invaluable.

Although I never pulled the trigger or got around to getting my first deal in Boston, I am able to bring everything that I learned into a market that is much more affordable here in State College. I was able to capitalize on the Boston market though, a house hack if you will. We purchased our home in an up and coming Boston neighborhood at the end of November in 2012 for $359K. We used FHA financing with 5% down. The house was in great shape but a little dated. We ripped down 3 floors of wallpaper, patched and painted the walls, updated light switches, fixtures, converted heating from oil to gas, put on a new roof, and created an outdoor area. Yesterday we sold the house for $685K, $60K over asking. So I guess you can say that our home was our first deal in Boston :)

MANY THANKS to everyone that I met while living in Boston, especially those mentioned above. I wish all of you continued success. Onward & upward! 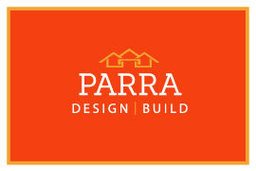 Thanks for the kind words @Josh Parra and THANK YOU for all of your help and everything you did for us! Can't wait to see how you dominate in PA!

I echo Dan's comments. Congrats on your business, being a great asset to our team and I look forward to seeing your new business take off! 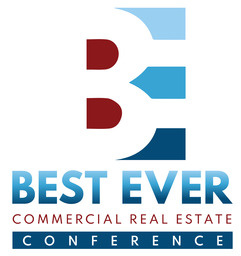 Great job on the house hack, and best of luck in your new home in State College.  Thanks for the Black Diamond plug!

Thanks so much for the kind words @Josh Parra .  We'll miss you in Boston but I know you're going to great in PA.  Keep in touch!

I recognize some of those pics from MLS. Nice work!