​Flip or Flop or Scam? 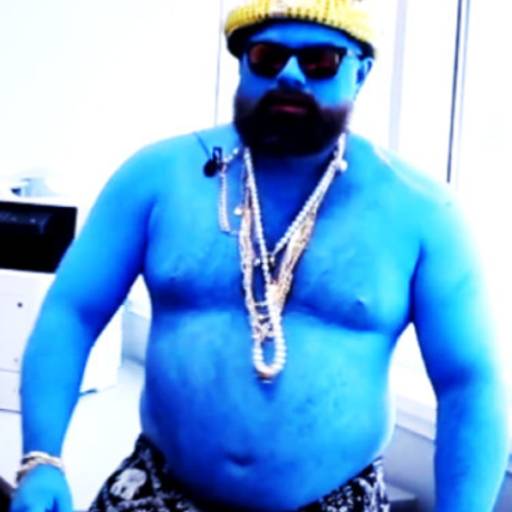 Flip or Flop or Scam? 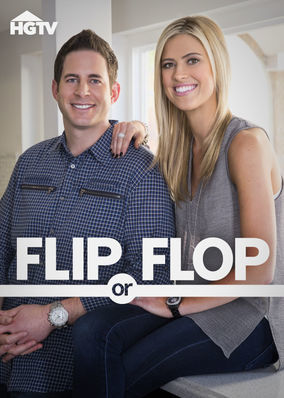 Recently The Holton-Wise team went to one of their seminars ran by a company called Success Path. 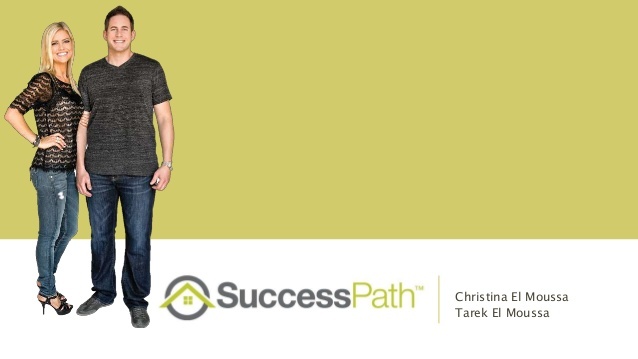 A quick google search shows up countless reviews and accusations that the seminar is nothing but a scam. 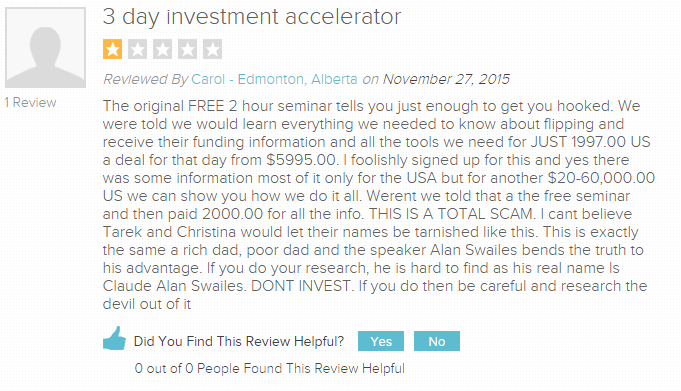 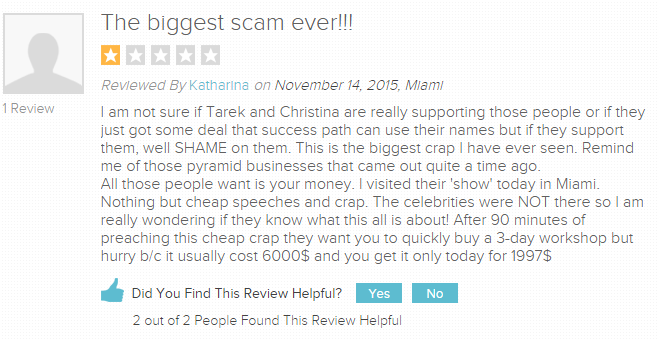 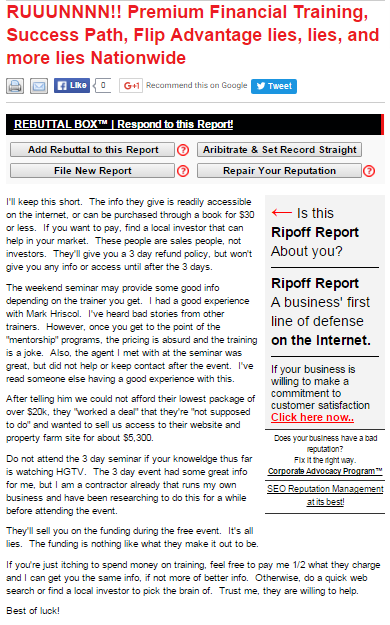 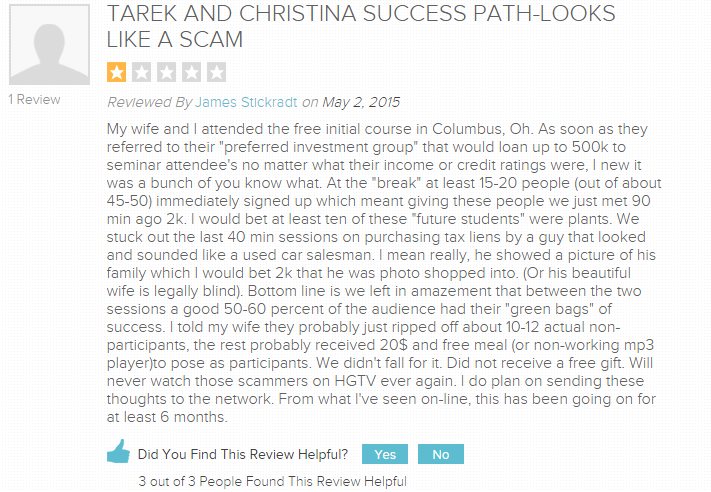 Some rough online press but we went in with an open mind to see if they were teaching their students anything of value or if they were going to go the route that Armando took.

Mike led off with REO's. Mike portrayed flipping REO's as the best thing since sliced bread. He threw a lot of statistics at the audience without any meat behind them. Just high numbers to get them excited.

One such example was that the average flip in the U.S. nets the investor $75,000 in profit. A direct contradiction of another stat that Mike threw out to the crowd to get excitement. The other stat being that the average REO in Cleveland sells for $31,000 from the bank and is flipped for an average retail sales price $87,000. Clearly impossible for one to make a profit of $75,000 on such a deal, However when Mike explained the $31,000 acquisition cost with the exit price being $87,000 nobody cared about making $75,000 because they were so excited to hear him say that is a return of OVER 100%

Mike made it a point to tell us that this would be an interactive seminar. He encouraged participation however, any question that was brought up by the audience that may derail his rosy perception of investing was quickly sidestepped.

I asked several questions to try and pry some type of honesty out of Mike but he quickly deflected. I questioned Mike about the return of OVER 100% on the $31,000 REO that is resold for $87,000. "How could it be over 100% return, we need to fix it of course" That was received with a blank stare then a quick redirection.

Enjoying the article? Show your support by Tweeting it.

Another grossly misrepresented fact was the cost and availability of hard money lenders. Mike threw out lots of low interest numbers on the money such as 1%-9%. That fact that the money was 1%-9% MONTHLY and not annually ANNUALLY was of course glossed over. The room was told that they could buy any property they wanted without cash, credit, experience or a job. All they had to do to gain access to these lenders was become a student of Success Path. He then went into the pitch about the three day seminar. Which of course regularly goes for $5,997 but today it is being offered at a special price of $1,997.

I attempted in vein to get Mike to give some truth to the room in regards to up front costs in receiving this hard money such as appraisal costs. At this point Mike explained things of that nature are covered in the three day seminar and then the crowd was told he would not be able to take questions and if anyone had any questions they should write them down and later we could ask the other crew members in private. So much for an interactive seminar.

It's very unfortunate that the audience members are ONLY going to find out about all the up front fees such as application and appraisal costs after they have shelled out their $1,997.

Related: HOW TO GROW YOUR BUSINESS USING BIGGER POCKETS

Mike then went one to explain to the audience about a secret list of banks that are in trouble with the FDIC. Success Path has this list and the value of this list is $10,000 Success Path students have access to it after signing up for training. I was able to pull up this secret list on google in about 2 min. Below is actually the image that was used by Mike in his presentation.

Mike then began to go into all the riches that would be made by all of the potential flippers in the audience by having access to this list of troubled banks. All of these banks have troubled inventory that they need to liquidate. We were told that there was an unlimited amount of inventory for us to get our hands on. 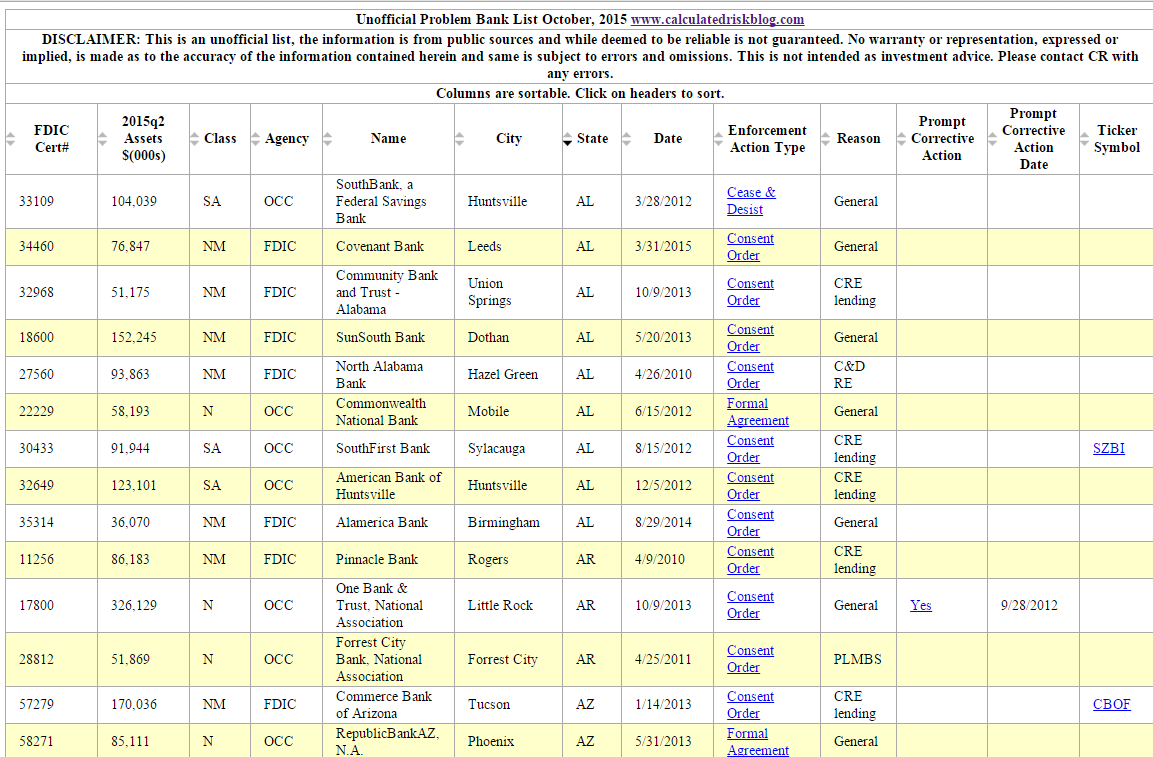 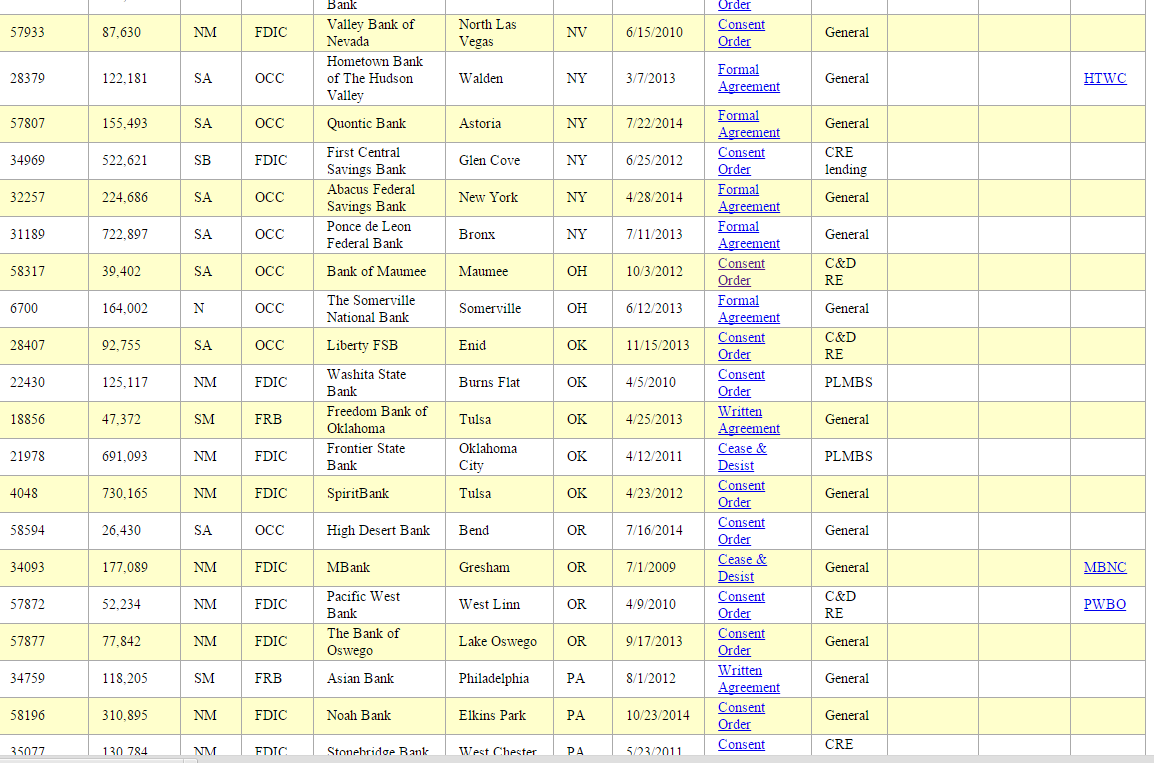 Mike began telling us about a bank in Ohio that was on the list. It was called The Bank of Maumee. As you can see there is actually only the one bank Mike spoke about and one other bank from Ohio on this list.  The one Mike spoke about currently has a mere $39,402 worth of assets. Hardly enough for the 65 of us to begin doing deal after deal. This fact of course was not mentioned.

A few other quick points that were discussed during the seminar that were misrepresentations of reality. 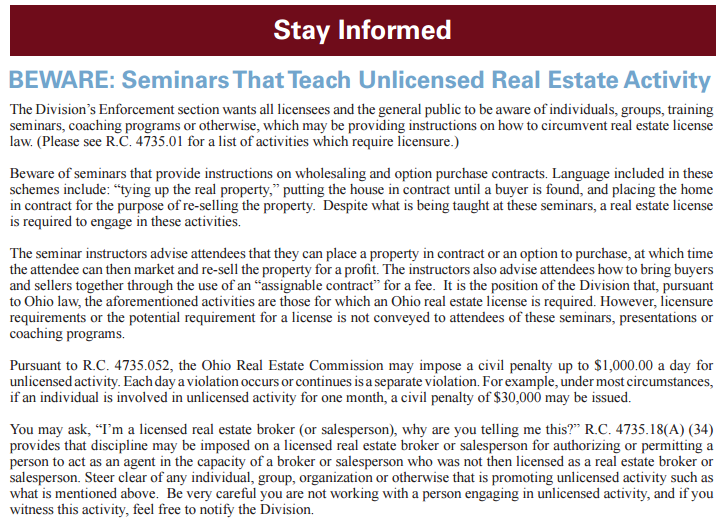 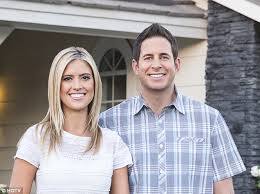 Tarek and Christina El Moussa should be ashamed of themselves. They have attached their names to a program that uses high pressure sales tactics along with a gross misrepresentation of the facts to target the desperate, uniformed and easily manipulated. Their notoriety is being used cash in on the misfortune others will undoubtedly face when spending their hard earned money on horribly misleading education offered by Success Path.

Flip or Flop or Scam? 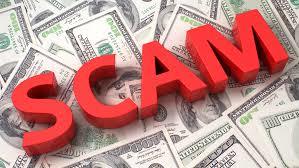 Enjoyed the article? Show your support by Sharing it on Facebook

James Wise is the Broker and Owner of The Holton Wise Property Group, a real estate brokerage and property management company operating one of the largest scattered site rental property portfolios in the greater Cleveland, Ohio area. He has been a guest speaker on several real estate internet radio shows and podcasts. He regularly writes blogs and articles for multiple real estate related websites. He is an active member of the National Association of Realtors® and the Akron Cleveland Association of Realtors®. 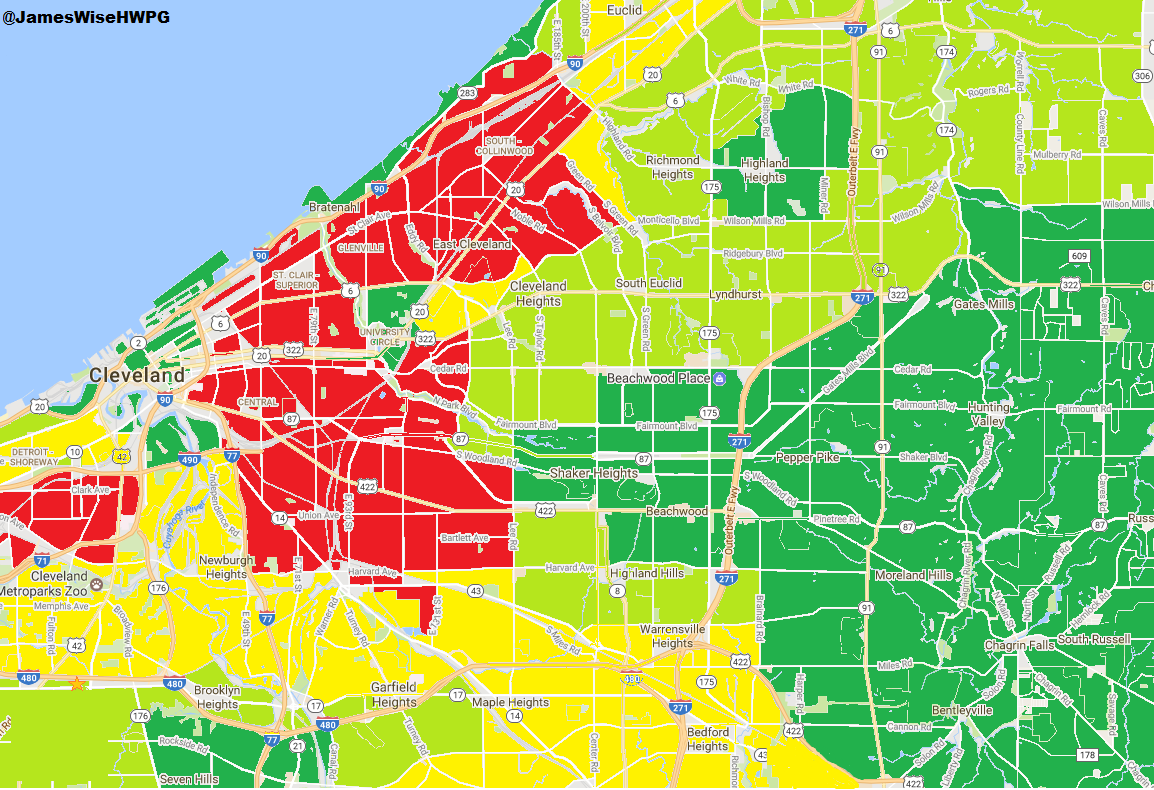 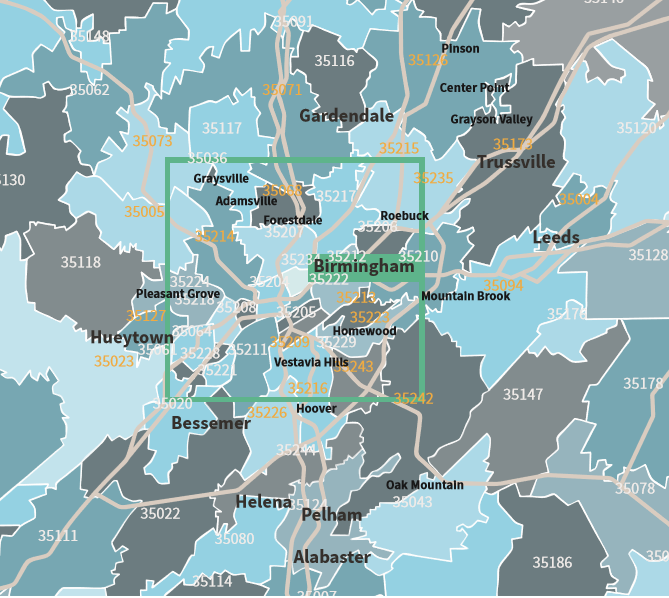