Crushing it with THIS Hybrid Model in Metro Detroit (Pics Inside)

After such a positive response from my first thread on the BRRRR model in Metro Detroit, I wanted to share a new strategy that I've successfully implemented into my business which will MAXIMIZE CASH FLOW from small Multi Family Properties bought AT MARKET VALUE... 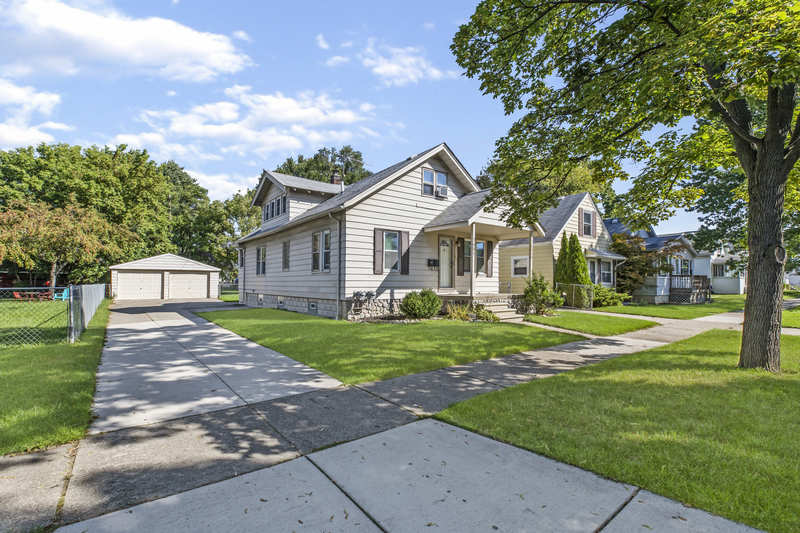 This hybrid model ONLY works on Multi-Family. I've implemented it on a Duplex that I've owned for awhile, but I'm sure it'd also work great with a 3-4 unit. It could work on a larger commercial multi-family property, but it really depends on the area. 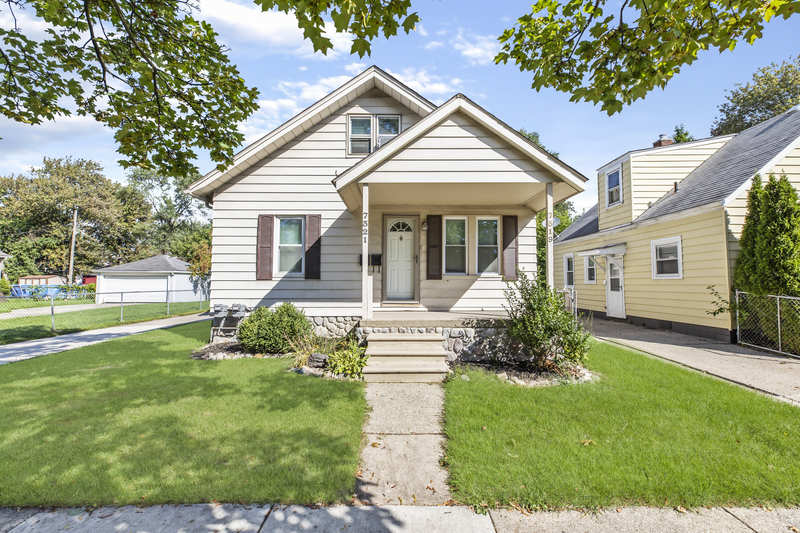 I'm going to break down this deal, the numbers, & how I'm maximizing cash flow from a property I purchased AT MARKET VALUE with 95% LTV.

Throughout this thread, I will share pics of the newly rehabbed unit to give some visual context. 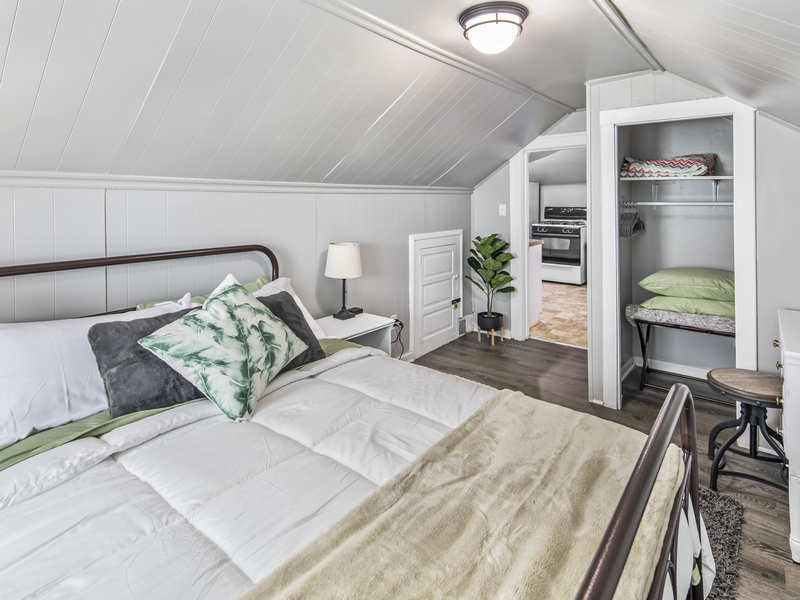 The strategy is simple...

It's not a big secret or difficult process, but it does take some level of risk.

Let's break down the numbers so you can see the difference... 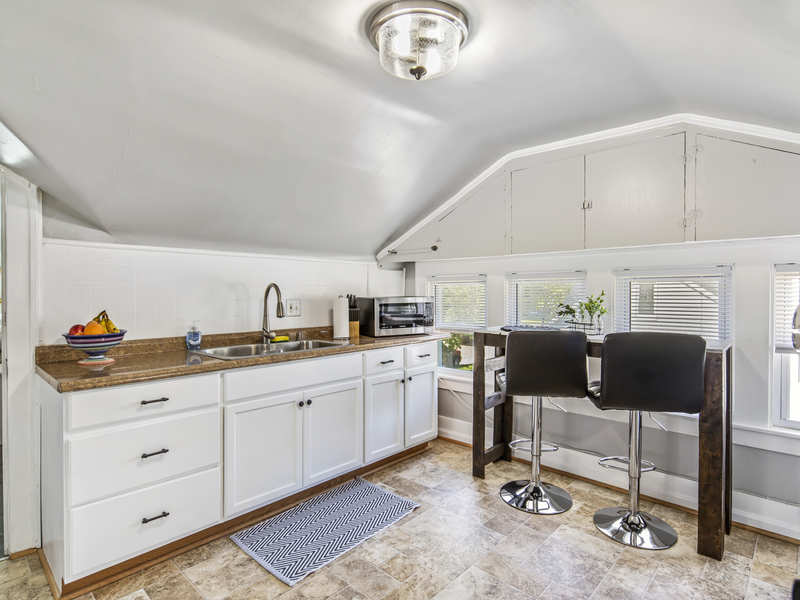 This upstairs unit is only 475sqft. The rent I was receiving from a long term tenant (1yr lease) was $625/m. That included me paying for water/gas/internet. After factoring in those expenses, it was maybe bringing in $550/m.

About 9 months into his new lease, the tenant I inherited had to be evicted. I missed out on 2 months rent + had to pay court fees to evict him. He smoked inside the unit and had an unpermitted cat. Judge gave him 3 weeks to move out.

When I gained access back into the unit, I knew, at the very least, I would have to put in new floors and paint. It would maybe bring rent up to $700/m, but I figured since this was the smallest unit I owned, it might be worth the risk to test out Airbnb. 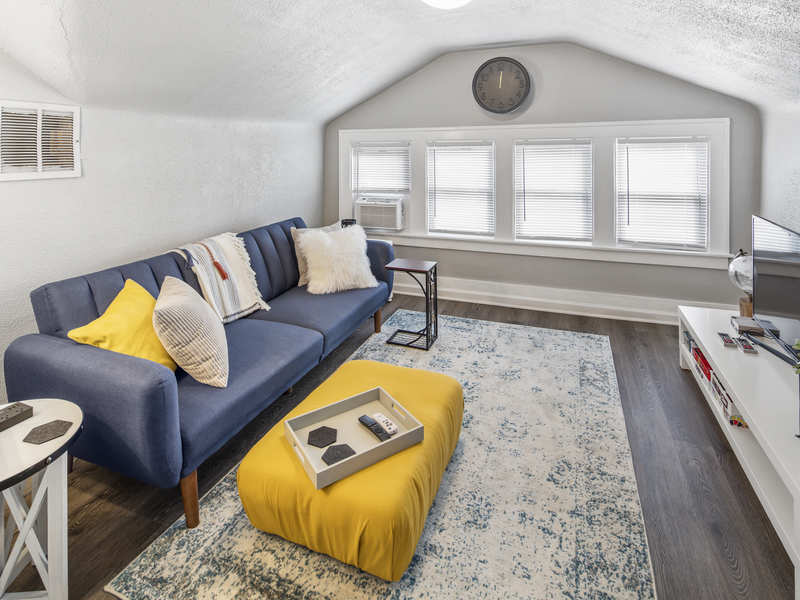 I spent about a week doing research on Airbnb to see if it would even make sense for the area I was in.

My property isn't in a travel destination...

There's not any attractions nearby that would bring tourists...

So could this really work?

I stumbled across a site called AirDNA which gives you data on all the Airbnb listings in your city.

I found that listings in my city had an 80% occupancy rate, the highest of ANY surrounding city...INCLUDING Detroit!

On Airbnb, I also saw there were only 5 other listings in my city. 4 of them were owned by the same guy!

So if this guy has 4 properties all around this area and he's boasting an 80% occupancy, I could really crush it on Airbnb... 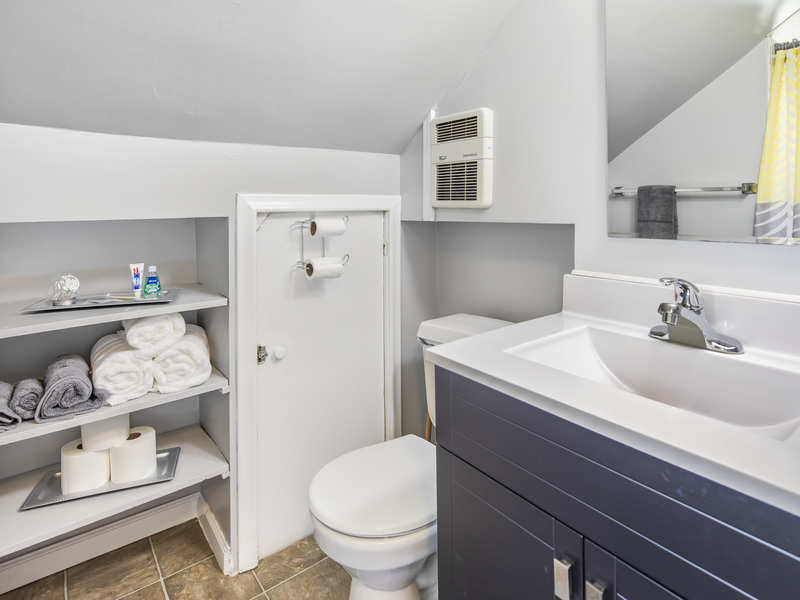 I was committing to Airbnb and renovating my unit to be among the BEST in my area.

The guy who has 4 units also was renting out an upper unit of a duplex for a whopping $125/night! Granted, it had 2 bedrooms and I had only 1, but still!

I started crunching the numbers...

If I could rent out this property at $60/night and book just 10 nights, I'd be roughly breaking even to what I had before. I also wouldn't have to deal with the constant wear and tear that a long term tenant creates AND I could add more rules.

This was my first goal...breaking even.

I figured it'd probably start off slow, but as I got reviews it could snowball and then I'd be able to raise prices.

I knew this was worth a shot because even if it failed, I could always turn it back into a long term rental. That was the worst that could happen! 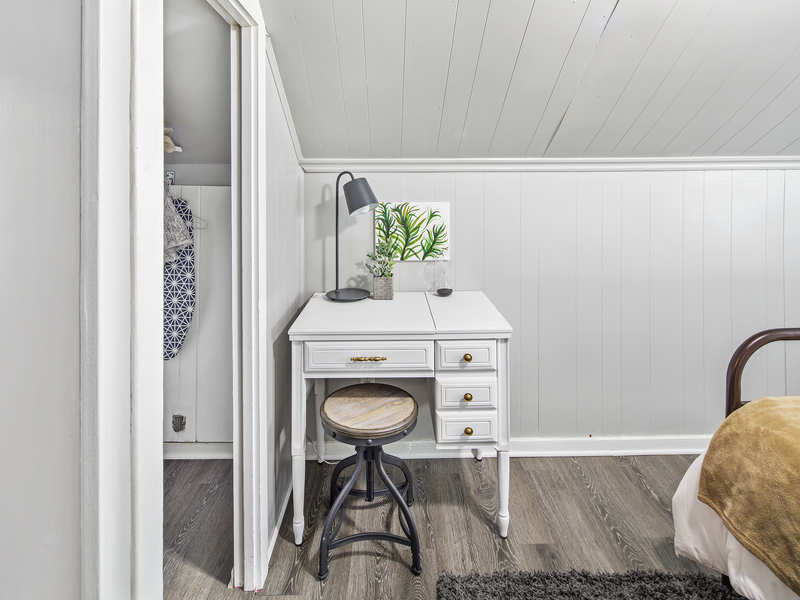 Since the unit was only 475sqft, I wasn't expecting the rehab to take long.

The hardest part was finding furniture and modernizing the unit, while also giving it nice touches. Facebook marketplace, hole in the wall furniture stores, and Hobby Lobby were mostly responsible for the furnishings.

When you have such a small space and mostly 7ft ceilings, you really need to be efficient while also making it feel open. I think we did a good job maximizing the space.

The upstairs has some cool built in closets that I put locks on and stuffed with supplies. All the amenities we provide & extra linens are locked away, but available for the cleaner when turning over the unit between guests.

We installed a camera at the front door and automated the unit with smart locks to make the property simple and secure for guests. It really makes it easy to manage when I don't even have to meet the guests!

Overall, I spent around $7000 on this rehab. If I wasn't doing Airbnb, I would have only spent around $2000 to turn this over to long term tenants. This was one of my biggest concerns going into it, because if it fails, I'd be holding onto $5000 in furniture and eating it as a loss. 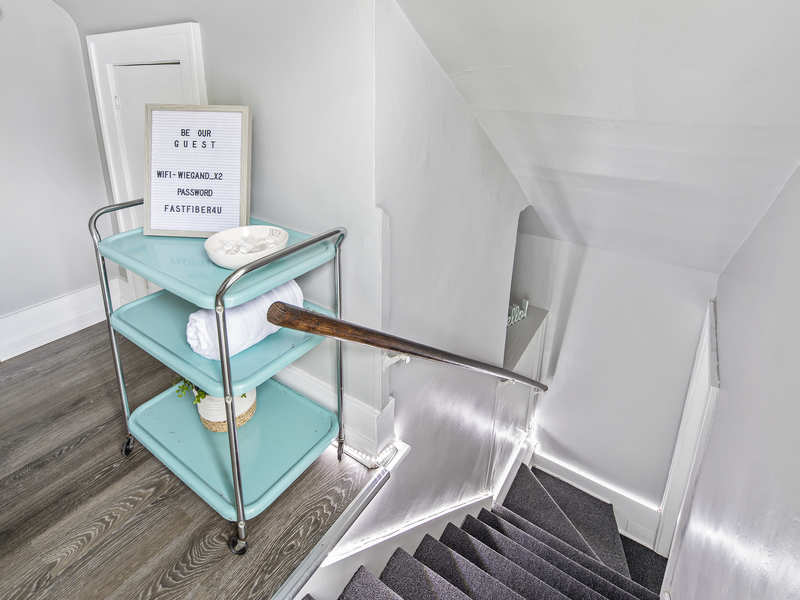 The rehab took 1 month and I finally got the unit launched on Airbnb.

After 48hrs, I had 11 bookings! They just kept coming!

I was booked almost the entire month of September and most of October! It's crazy how big of a hit it's been so far! I can only hope this continues as we head into the winter months!

So now this little Duplex, my first investment property, that I started with a house hack, is now clearing $2200/m in income! My 475sqft unit is bringing in more than my long term rental downstairs (which is nearly double in size).

So far this has been a massive success. I'm close to Superhost status and so far have all had amazing guests who take great care of the property (way better than my long term tenants). 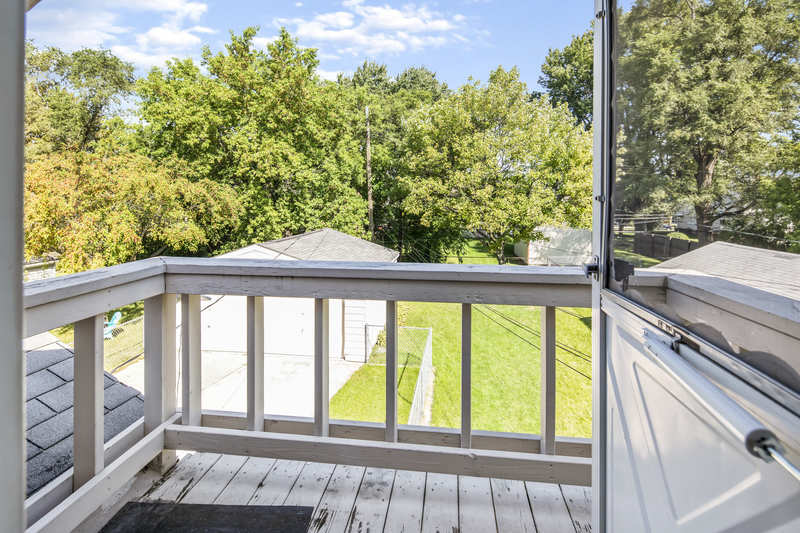 I made this thread to share and document my experience.

I like this hybrid model of doing both long term and short term rentals under the same roof to mitigate risk. I would ONLY consider buying based on rents that it could produce as a long term rental and would not always count on short term rental profits. Right now it's the icing on the cake and I'm going to milk it for as long as I can!

I know the Detroit markets get a LOT of hate on the podcasts and forums, so I'm highlighting my investments to shed some positive light on the area.

I do not own anything in the city of Detroit, I've only been focusing on the surrounding suburbs.  If you're creative, it is definitely possible to break 2% of the purchase price in rent while also sticking to B class and C class areas.

Thanks for reading and I hope more people are able to successfully implement this strategy!